Okay, so according to Variety, Comic Con at Home was a bust. But you know who had a good time? Jake Johnson.

The actor did double duty, promoting the crime drama-comedy, Stumptown (yes, it’s still on and it’s amazing) and trying to talk about his new expletive filled cartoon, Hoops. By”trying” I mean failing miserably in only the good way. Hosted by Jake’s forever tennis partner, Max Greenfield, the 45 minute panel was a New Girl reunion completed with Rob Riggle (Big Schmidt), Ron Funches (homeless guy who knows how to ruin a date), and Cleo King (Sergent Dorado). If you’re telling yourself, Damn. Julie knows a lot about New Girl. Um, have we met?

What’s the show about? I still have no clue but it doesn’t matter because this was the funniest shit I’ve seen all Comic Con and definitely wasn’t scripted by some Netflix intern. Watch for the expletive filled cartoon. Stay for Jake Johnson’s boxer shorts.

But my takeaway from the panel? Jake Johnson can still get it, and by “it” I mean me. Let’s reminisce on what makes Jake Johnson the Hottest Internet Husband.

Jake Johnson is the Internet Husband We Need

As I’ve gotten older, the idea of the “internet’s boyfriend” is no longer well with my soul. What I need is the “internet husband.” (Right now if you listen very closely, you can hear my mother screaming, “No, Julie! You need the realhusband so I can get the real grandchild.” Sure, Mom.)

You send your friends GIFs of the internet’s boyfriend saying something sexually provocative or giving that look that makes you remember you have a very much active sex drive. The internet husband has GIFs that are more self deprecating and do not require you to hide your phone in a crowded room.

So I began my search for the internet’s husband. I ran through the holy Chris quadrant – Pine, Pratt, Hemsworth, Evans – my ride or die Jamie Dornan, fist pumping Henry Cavill, and even new gin owner Ryan Reynolds. However, when the dust settled, only one man remained; the one man who I could picture coaching our child’s soccer team on a Saturday morning or mobile ordering my Starbucks coffee without having been asked – the tried and true internet’s husband.

Who is this man for me? Jake Johnson.

For the past few years, Jake Johnson – and sure, Nick Miller – has been on our radar as that guy who you would look so good standing next to in an engagement announcement photo. When talking about the man I would eventually like to claim on my taxes, nine times out of ten I’m describing Jake Johnson.

So why should he be considered the internet husband? Where do I even begin?

*Disclaimer: Yes, I already know that Jake Johnson is married. It’s a fantasy. Calm yourself.

Because He Appreciates the Rich Tapestry of Historical Storytelling…

…Especially if it’s fueled by alcohol.

Not many people know this, but Jake Johnson is the inspiration behind Comedy Central’s Drunk History.

If you’re asking me, “What is Drunk History?” you’re clearly not living your best life.

Because This Kiss Is and Will Always Be End Game

Because He’s Easily Accessible…Through His AirDrop

Chances are I’ve talked about this moment. An even greater chance is I’ll talk about again and have it engraved on my tombstone.

This past Comic Con, while we braved Hall H for the Warner Bros. panel, Jake Johnson arrived to promote Spider-Man: Into the Spider-Verse.

Even to this day, I have no idea what he said during that panel because in my mind, I was screaming, “I am in the presence of Nick Miller.” After that portion ended and I captured him slo-mo walking off the stage, Bekah asked me to air drop a picture to her and that’s when I noticed it. 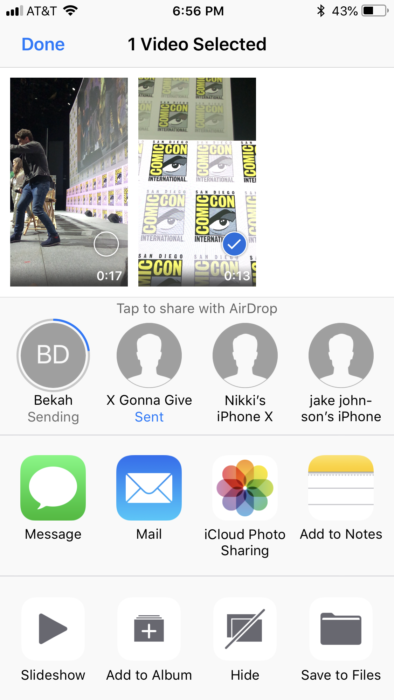 For one beautiful moment, I had immediate access to Jake Johnson’s AirDrop. The best part? He named his phone, “jake johnson.” Pure poetry. Capitalizing proper nouns be damned.

So with such access, what did I try to send him? No, not nudes, you heathens. 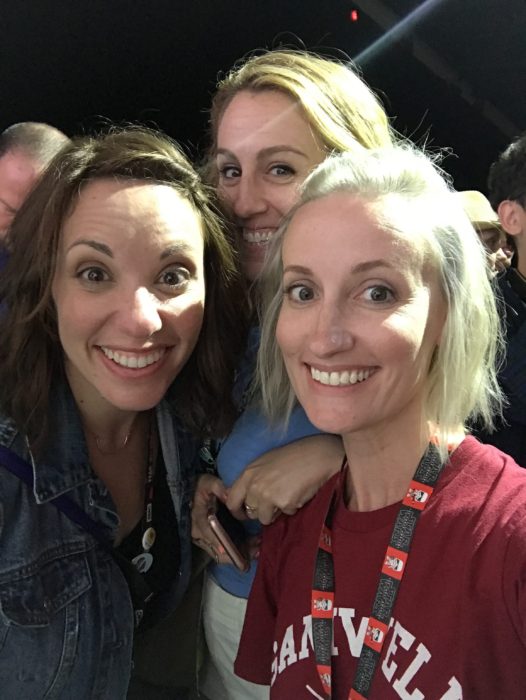 Please note the look on my face, which revealed my failed attempt to keep my chill about this moment. Unfortunately, he never received this and saved it as his “jake johnson’s iPhone” wallpaper.

Because Nick and Schmidt’s Love is Real

Sure, New Girl had its final season last year, but the bond between Nick and Schmidt lives on in Instagram. We’re #blessed just to witness it:

If these two ever have a falling out with each other and stop speaking, there is no hope for humanity. Their friendship is a national treasure that must be protected AT ALL COSTS.

Because He’s An Ally

Immediately following the nightmare that was Kavanaugh’s appointment to the Supreme Court, Jake Johnson took to Twitter to air his thoughts. Be prepared to fall in love in 3, 2, 1…

“I think we, as men, can all do better. I want/need to do better” is perhaps one of the most beautiful and encouraging responses a man could give after a horrific moment like that. It’s what we want our all our male allies to say, especially to other men. It acknowledges not just others’ roles, but his own responsibilities in making a world where women deserve safety and respect.

Can we please just have more Jake Johnson’s in the world?

Is Jake Johnson your pick for the Internet’s Husband? If not, what’s the matter with you? (Just kidding…sorta.) Let us know your top pick!

This article first appeared in October 2018 at That’s Normal.

The Cool Table Has a Podcast Now!@thecool_table
1.0K Following 987 Followers
Who's watching with me? Gonna start at 1:00pm CST #HarryandMeghanNetflix https://t.co/Wz5n31uLCR
3 hours ago
3
@deannareads I'll go down with the ship that Bloodmarked didnt have a fair shake bc of its release date
3 hours ago
I made an aesthetic thing and it took a minute and it's doing TERRIBLY. LOL FOREVER https://t.co/7nYkJ9vMo0
4 hours ago
@baskinsuns @pagemelt I've never seen any good discussions or good insight come out of bookstagram. They almost alw… https://t.co/51anLn7rxo
4 hours ago
2
Can’t wait https://t.co/dMqJEWhOVR
6 hours ago
2
Archives
Entertainment, Hulu, TV