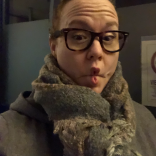 I have a confession to make: I am a San Diego Comic Con newbie and hoped this would be my first year to attend. I had my frequent flyer miles saved, one of my best friends was sweet enough to move to San Diego; my plan was foolproof. And then #StupidCovid. However, hats off to the SDCC folks who were able to pull these panels together so we didn’t have to do without.

I’ve mentioned several times before that I am a TOTAL 80’s kid. I still love the music, movies and TV shows from the era. When I found out the Bill & Ted were coming back 30 years later, I was all in. The Bill & Ted Face the Music panel, moderated by Kevin Smith, was like sitting down with some old friends. That is if your friends are Keanu Reeves and Alex Winter. So let’s get into the “Excellent” and the “Bogus” from the panel.

Original screen writers Chris Matheson and Ed Solomon are back!

If you know anything about Hollywood, you’ll know how rare this is. They’ve been with the franchise since the beginning, which is amazing news for the fans as far as story and character continuity.

WOAH!!! Newbies Samara Weaving and Brigette Lundy-Paine were so open and honest about bringing the beloved Bill & Ted’s daughters to life. The duo admitted to often nerding out watching Reeves and Winter work and keeping composure during scenes due to the instant chemistry the “family” had. Same, ladies, same.

Death is Back and in Rare Form.

Joining the panel was Death, himself, William Sadler, who reminisced about his first scene in the film where Death is playing hopscotch by himself…and cheating. Classic. Apparently he also fell and sprained his wrist the first take, so do not try that at home kiddos.

Those words came out of Winters’ mouth when describing their first time performing as the infamous Wyld Stallyns. Bill & Ted Face the Music wouldn’t exist without the namesake characters. The joy these two men have when it comes to their IRL friendship and characters is obvious watching the panel. The movie clearly wouldn’t be able to work 30 years later without this palpable bromance.

Oh, To Be Young

According to Kevin Smith, you will cry. He promises it’ll be in a good way though. (To be fair, Kevin Smith ugly cries at anything, but it’s pure and genuine. Also, kinda second hand embarrassed for him.)

The release date has been pushed back to September 1st because #StupidCovid ruins anything and everything. Luckily the film is bucking the recent and unfortunate cinematic trend of “infinitely delaying” releases – *coughs* Tenet *coughs* Mulan *coughs* – and will be available to both struggling theaters and VOD. I don’t know about you, but I’ll be watching from the safety of my home.

Given the current world situations, Bill & Ted Face the Music is sure to be a call back to simpler times. Having a break from our current reality might be good for all of us.

Look for Bill & Ted Face the Music this fall and always remember: Be excellent to each other!

Watch the full panel below! 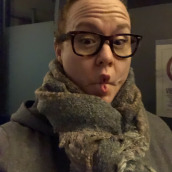 The Cool Table@thecool_table
1.0K Following 1.0K Followers
RT @BlessAmysHeart: And @bethorne created a reading list/reference guide she mentions during the show. I say Beth is the brains, and I’m th…
16 hours ago
1
RT @BlessAmysHeart: Want to know what I believe now after leaving the #Evangelical church? Check out the latest episode of our #Exvangelica…
16 hours ago
2
@chels__ebooks if you can't HEAR and SEE it, you aren't fit to lick booktok's boots
20 hours ago
4
Archives
Comic Con, Disney+, Entertainment, TV

Jake Johnson Will Always be the Internet Husband We Need