Another book to screen adaptation. Another period piece that combines magic and mysticism with grit and historicity. The Luminaires is coming to STARZ later this month and promises to be thrilling to look at, but will it deliver more?

Eleanor Catton’s novel, The Luminaries, broke records for being the most lengthly novel to win the Booker prize and by the youngest author when she published in 2013. The novel tells the story of a gold prospector, a man named Walter Moody, who travels to New Zealand during the gold rush of the mid-19th century. He chances upon a council of twelve men who reveal a series of crimes they are attempting to piece together.

In the book, each man represents a sign of the zodiac. And the characters that comprise the events and crimes they are wrapped up in represent the separate bodies of the solar system. The book relies heavily on this framework to elucidate each character, and certain mathematical and lunar phase gimmicks are part of what garnered the book so much critical acclaim.

The trailer for the series does not skimp on some of the same imagery. Shots of the night sky, a solar system model, a circle of twelve men, and a dial of the zodiac are all present in the few short minutes.

But the miniseries seems to focus on the female characters in the novel instead of the male: Anna Wetherell, played by Eve Hewson, and Lydia Wells, played by Eva Green. With a female showrunner and director, and with author Catton involved in the production, it looks like the series chose to take the conventions and run with them. In another direction.

The central figure of The Luminaries is Hewson’s Anna, a gold hunter who is accused of murdering Lydia Wells’ husband. Her central antagonist, Lydia herself. And Anna’s love interest, the established heart of the story. The council of twelve? Walter Moody? They seem almost incidental to the two female leads.

It’s no secret that Eva Green’s star power as a Victorian occultist is worth its weight in gold (pun intended). Penny Dreadful remains one of the best macabre period pieces ever on television, unjustly cut short. Here, she seems almost ripped from the pages of that show, smoking cheroots, opining destinies and presiding over seances. If I were creating a show around the tarot, the lunar cycle and the astrological signs, I might call the reigning Queen of Night too. 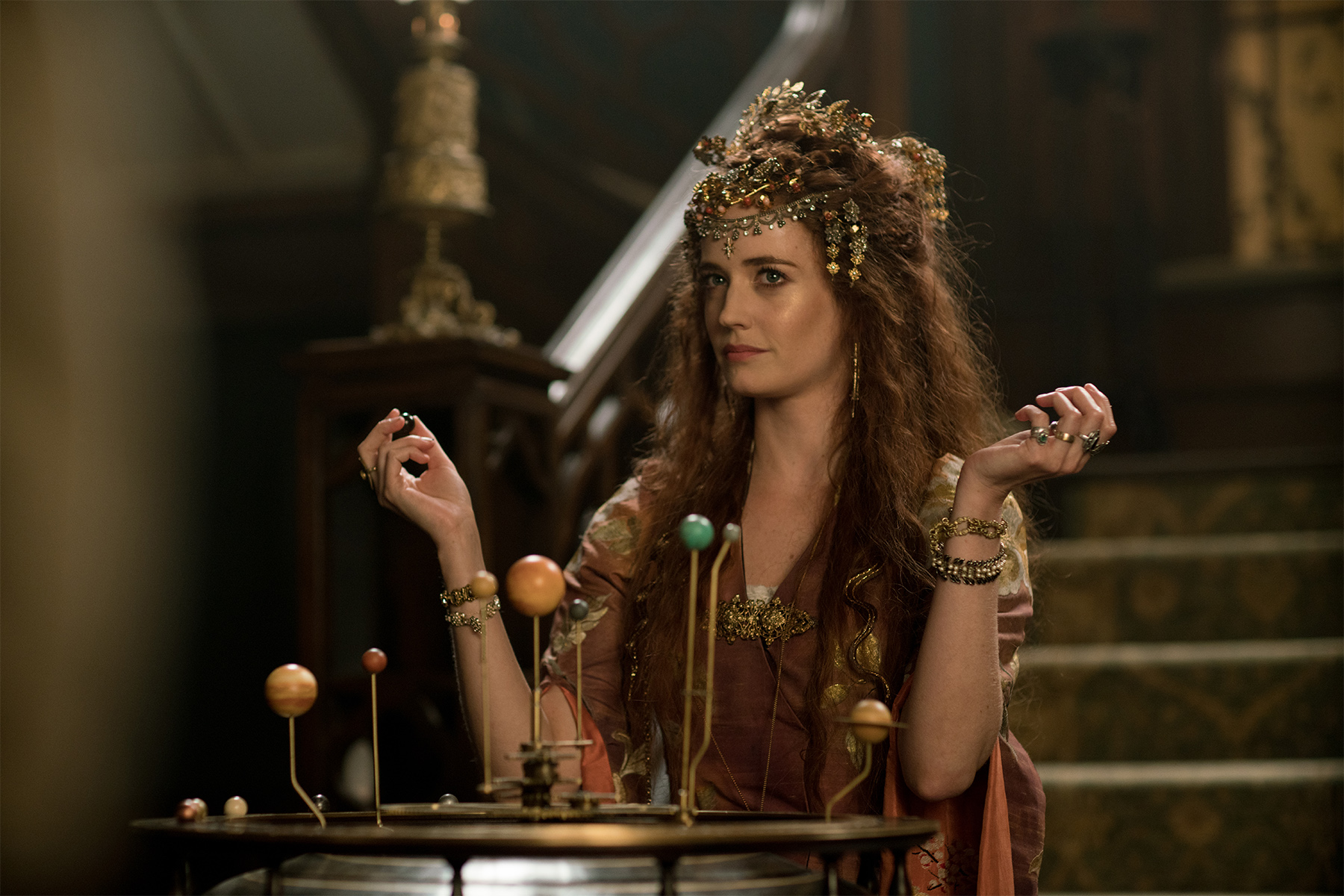 The Luminaries has already aired outside of the US, and to middling critical acclaim. STARZ is obviously hoping that with a lead in like Men in Kilts, starring Outlander‘s Sam Heughan and Graham McTavish, that they will be able to capitalize on the mostly female audience that already has a sweet tooth for a lush (if nothing else) period piece.

I’m at least looking forward to giving it a shot.

The Luminaries airs February 14th at 9:30EST on STARZ.

The Cool Table@thecool_table
1.0K Following 1.0K Followers
Yesssssss https://t.co/rGaJC4TAJ4
38 mins ago
1
Latto Brought Big (Villain) Energy to #TheBachelor for episode two of Zach's season. https://t.co/qyqmqEZIpH
9 hours ago
1 4
@pagemelt I know nothing about them but it's a good assumption since the album is titled Dear Wormwood. I have so m… https://t.co/rXXSQbWwlG
11 hours ago
2
@pagemelt isnt the whole album based on the screwtape letters? RED FLAGs
11 hours ago
1
@MrsKowski unfortunately yes
12 hours ago
Archives
book review, Books, Romance