I grew up with my mother’s Southern Living in the house, and I’ve subscribed on my own for ages. Having lived in New England for over 11 years, I have never been tempted to buy a copy of Yankee magazine. You might leave the South, but you never leave Southern Living. 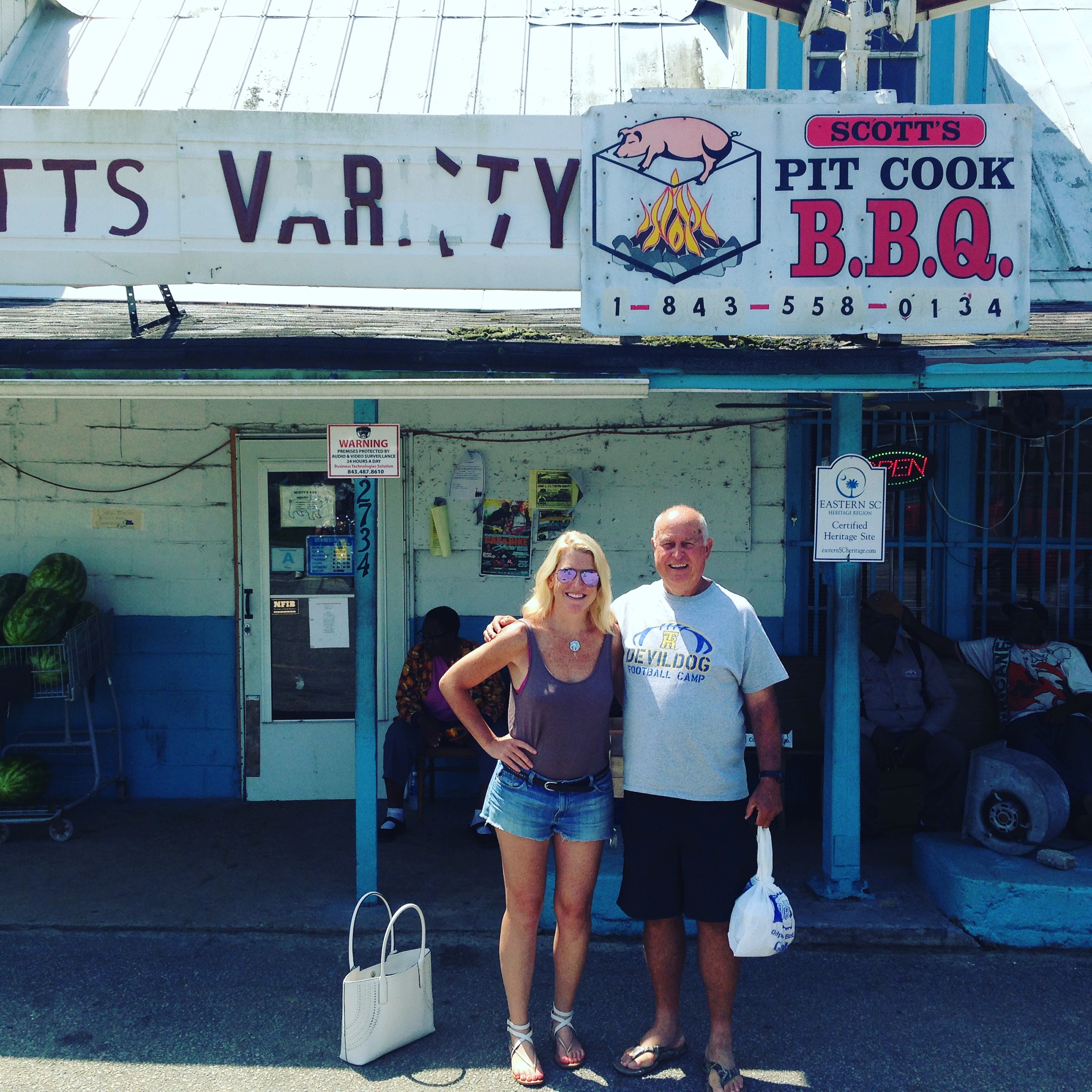 Amy and her Dad, George, outside the original Rodney Scott BBQ in Hemingway, SC . . . next to the Tupperware plant where her Uncle Randy works

I love this magazine. I look forward to my USPS guy, Derek, placing it in my mailbox each month. And that is why I want it to do better, because when it comes to race and the past, Southern Living needs a reckoning.

Sweep it under the braided rug

Southern Living has evolved into a magazine for the modern Southern woman. And modern ladies would agree that, at minimum, the magazine has male masthead problem, with Sid Evans as editor-in-chief  followed by Robert Perino,as executive creative director. Adding to that, the most prominent names from Southern Living are the Grumpy Gardener Steve Bender and closing essayist Rick Bragg. That’s a man, man, grumpy man, man.

Southern Living is pushing what Emily Alford of Jezebel calls aspirational Southern. You know, the stuff that Reese Witherspoon/Draper James, Worthwhile, and Belk are selling. Carry a good handbag and be the chicest Southern woman you can be, while sipping Bulleit bourbon when you host the neighborhood Bunko game, on your patio surrounded by camellias and oleander. The Southern lady is always put-together, smells nice, and knows her Southern roots. And the roots are the problem.

The root of the South is slavery and its Confederacy seceding — starting with my home state — for the sole purpose of keeping Black human capital in chains. The South has never had a reckoning of what it has done to Black humanity and Black Americans. If the South had truly atoned and looked inward, there wouldn’t be a single Robert E. Lee statue left with its head. 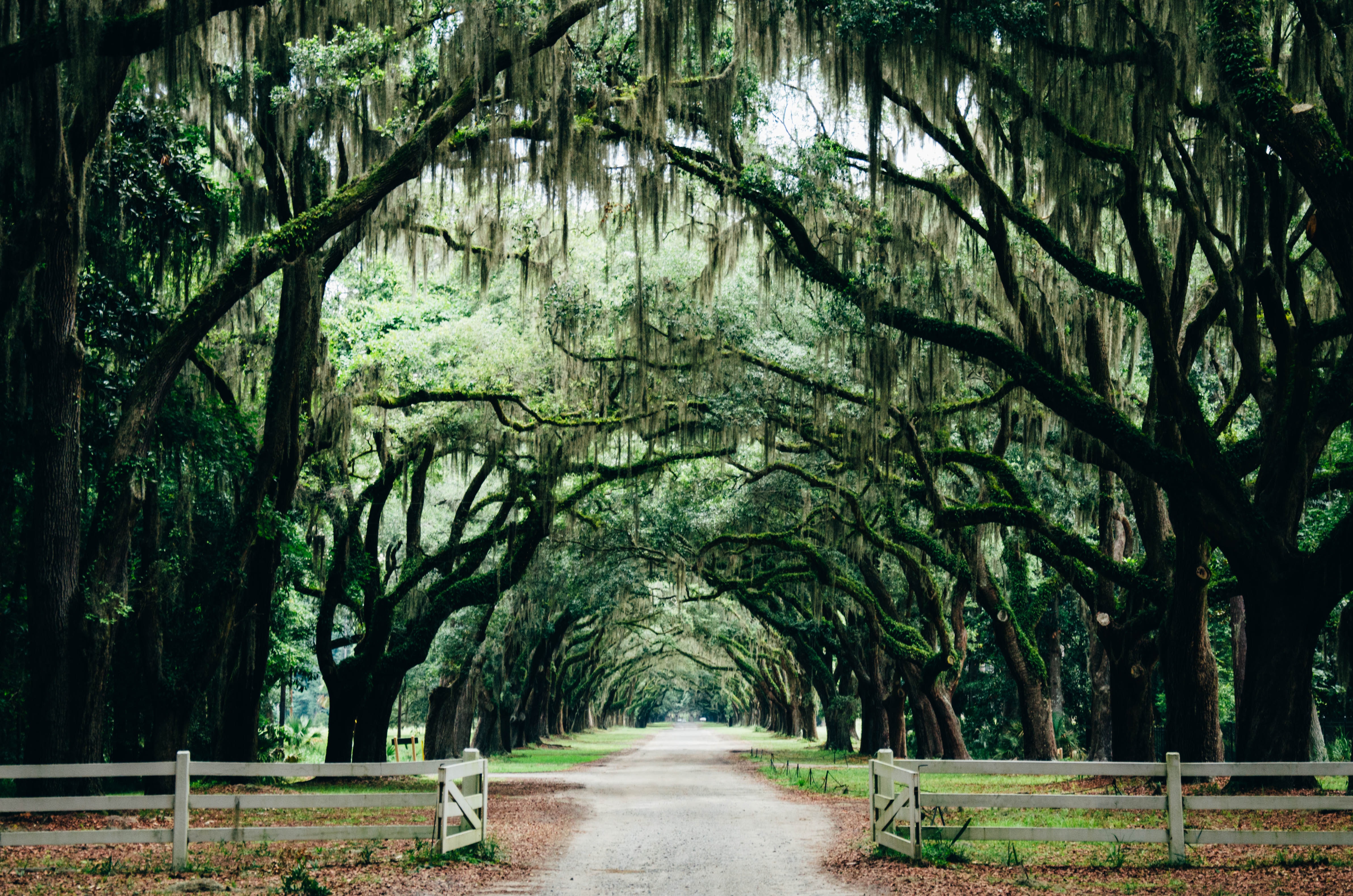 To me, the South is aesthetically perfect, with bayous, mountains, hollers, and sandy beaches. It is fecund and covered in kudzu, tobacco farms and red clay, and it is my birthplace. The South is also ugly with its history of slavery, Jim Crow, segregation, lynching, its ongoing struggle with racism and voter suppression, and continued support of a man who thinks inciting a race war will get him another term in the White House. But Southern Living doesn’t want to acknowledge the ugly. But it does have beach reading recommendations!

I’m not asking the magazine to become a more handsome version of Texas Monthly, even though I wouldn’t mind it. But I do want it to acknowledge the Southern culture of the past in its reporting. You can bet your ass that some of those women who screamed slurs outside Central High in Little Rock loved all the fun ways Southern Living taught them to make egg salad.

You know who read (past tense) Southern Living and probably still does (present tense)? Daughters of the Confederacy. Southern Living needs to tell them they have no home in its pages.

To become a modern woman, you have to repent of your sins, not just cover them up with the latest Estée Lauder foundation on the Beauty & Style pages. I don’t trust the homey “what I learned from my mother” features because they almost always feature white women, and I don’t trust a lot of older Southern white women. How many of those women taught you about Ponds cold cream while muttering, “Please don’t ever bring a Black boy home.”

A simple way to see that Southern Living hasn’t reconciled itself with the dark past of the South is the way its editors — in print and online — treat the plantation. Right now on the front page of southernliving dot com is a feature for what the magazine is calling a Savannah “1850s Federal-style estate,” restored and made chic by a white woman. ESTATE! Lord, help.

But for the Jaakkolas and their two daughters, outdoor assets were only half the attraction. Anchoring the sprawling property was an 1850s Federal-style estate replete with old-timey charm, from wide front porches to original wavy glass windows pierced with bullet holes (souvenirs from the home’s Civil War days).

A quick search for the word plantation brings up multiple stories of more white folks restoring old homes of horror. There is no acknowledgement of the past, but it sure is a great place for hip Southern people with interior design skills, cash, and a penchant for Pratt & Lambert to live.

Intent on saving this treasure, Camille bought the place that August and by spring was deep into the landscape’s revival.

I didn’t visit Dachau in 2017 and think, “What a treasure. These barracks would make a fantastic hotel.”

This Louisiana plantation dating back to the 1800s is just as charming today as it was when it was originally built over 200 years ago. Take a step inside and see how owners Randy Harelson and Richard Gibbs have maintained its authenticity while showcasing the home’s stunning craftsmanship.

Just as charming today as when Black slaves made it run. 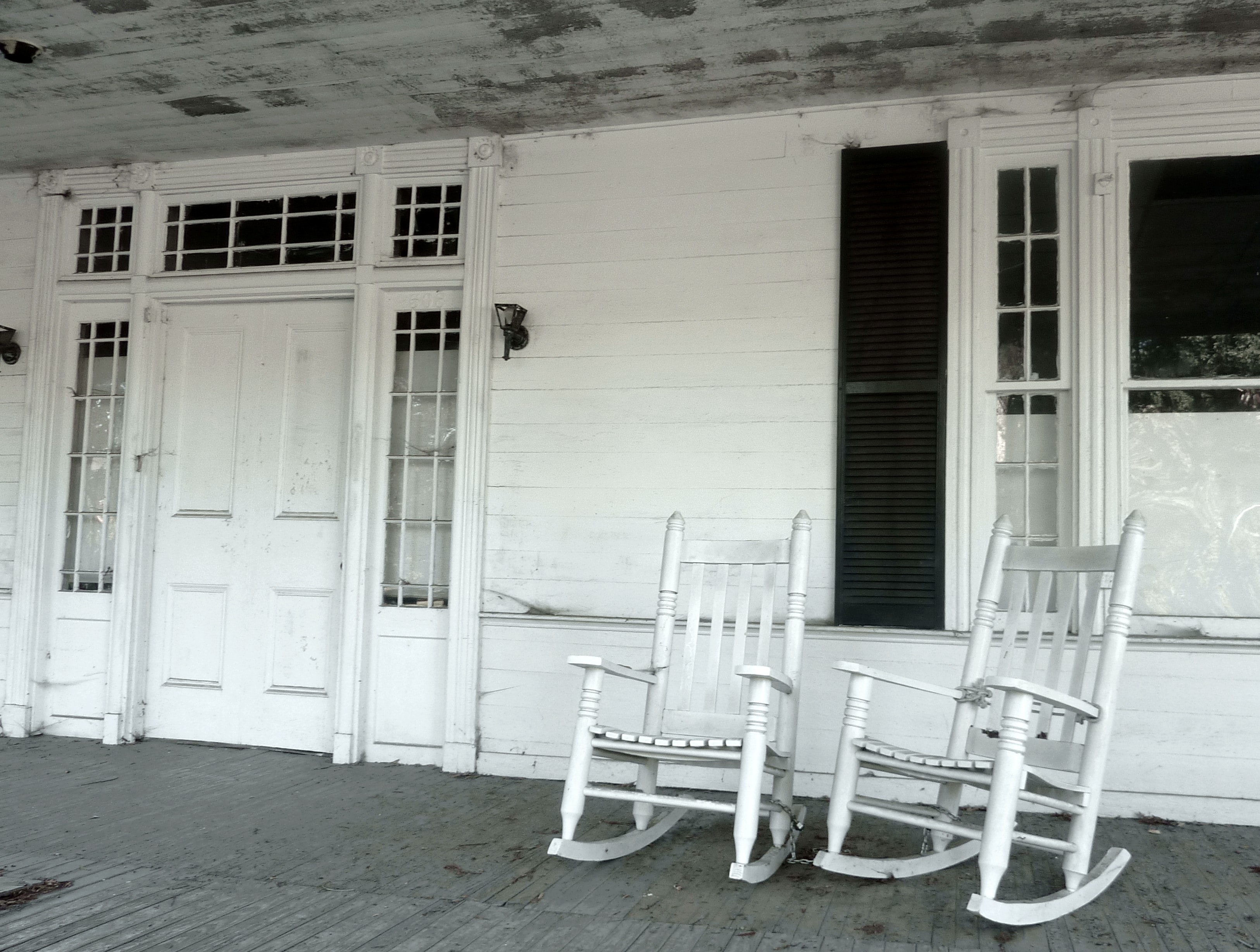 The faces on the Southern Living pages have become more diverse since I started reading it, and the editors deserve some credit for that. But featuring John Lewis in 2015, on the 50th anniversary of the Selma march, is not enough. Highlighting great Black southern chefs and pit masters like Rodney Scott is not enough, because racism is a white people problem.

Southern Living needs to have white women talking about how you can’t be modern if you pair those Jack Rogers sandals with hatefulness. You can’t be moral if you do the perfect tailgate at Clemson games while complaining when Black football players kneel. You can’t complain about looters and only looters. You can’t say thug. You can’t be racist. Full stop.

Dear Southern white women: I don’t care that your mother taught you to love Clinique Chubby Sticks and make pimento cheese; tell me how you have changed from your mother’s generation, how you have judged your own biases, and owned your shit. That’s the new monogram to wear around your neck: OYS.

The Cool Table@thecool_table
1.0K Following 1.0K Followers
Yesssssss https://t.co/rGaJC4TAJ4
21 mins ago
1
Latto Brought Big (Villain) Energy to #TheBachelor for episode two of Zach's season. https://t.co/qyqmqEZIpH
10 hours ago
1 4
@pagemelt I know nothing about them but it's a good assumption since the album is titled Dear Wormwood. I have so m… https://t.co/rXXSQbWwlG
12 hours ago
2
@pagemelt isnt the whole album based on the screwtape letters? RED FLAGs
12 hours ago
1
@MrsKowski unfortunately yes
13 hours ago
Archives
Current Events, News