After leaving the ground-breaking Project Runway in 2018, Heidi Klum and Tim Gunn are back with Making the Cut, now streaming on Amazon Prime. I cannot think of a better time in history in which we need Tim Gunn’s pure positivity. We are all making it work, indeed. (And you better be doing it inside.)

Making the Cut producers selected twelve international, established fashion designers and brought them to Paris, the City of Light and, according to the my French boyfriend, the ville de Parigot.  Let’s be real. I put this in there just so I could say I had a French boyfriend. Bonjour, mon canard!

The show’s format is similar to Project Runway and all those other knock-offs. Designer have a certain number of hours/days to compete a fashion challenge. Show the finished garments on the runway and then be judged. And what if your clothes don’t make the cut? Instead of saying auf Wie​dersehen and giving you a double buss on the cheek, Heidi sends you straight to the guillotine. Sorry designers, but when in France, do as the French.

Making the Cut has plenty of compelling differences from Project Runway. The production value is way, way higher. They are spending that Jeff Bezos money, and every locale is glamorous and elevated. Why bother being in Paris if you can’t show me Paris? The workroom doesn’t have a Macy’s inspiration wall; it has bas relief mouldings. Instead of a sound stage at the New School in Midtown, you get a runway in the Louvre’s cavernous Musée des Arts Décoratifs.

And so far, there have been no wacky design challenges. No one is using pool noodles for a skirt or spider plants for smocking. In the first two challenges, designers have made a runway “high-fashion look” paired with an accessible, consumer look, without the constraints of a weird theme. And if you win, your accessible look is available for purchase on Amazon. Editors note: It doesn’t matter if those are considered essential items right now, because they are all listed as out of stock.

The biggest difference is that the designers have access to seamstresses who work through the night, in an attempt to remove the plot device of designers not having the greatest sewing skills. Tim keeps saying it’s not a sewing competition, but that’s a bit of a fib. While you won’t be sent home because your zipper was puckering, the designers do have to be able to translate their wants/needs to the seamstress via written instructions, and if you can’t sew or make patterns, you are baisé. 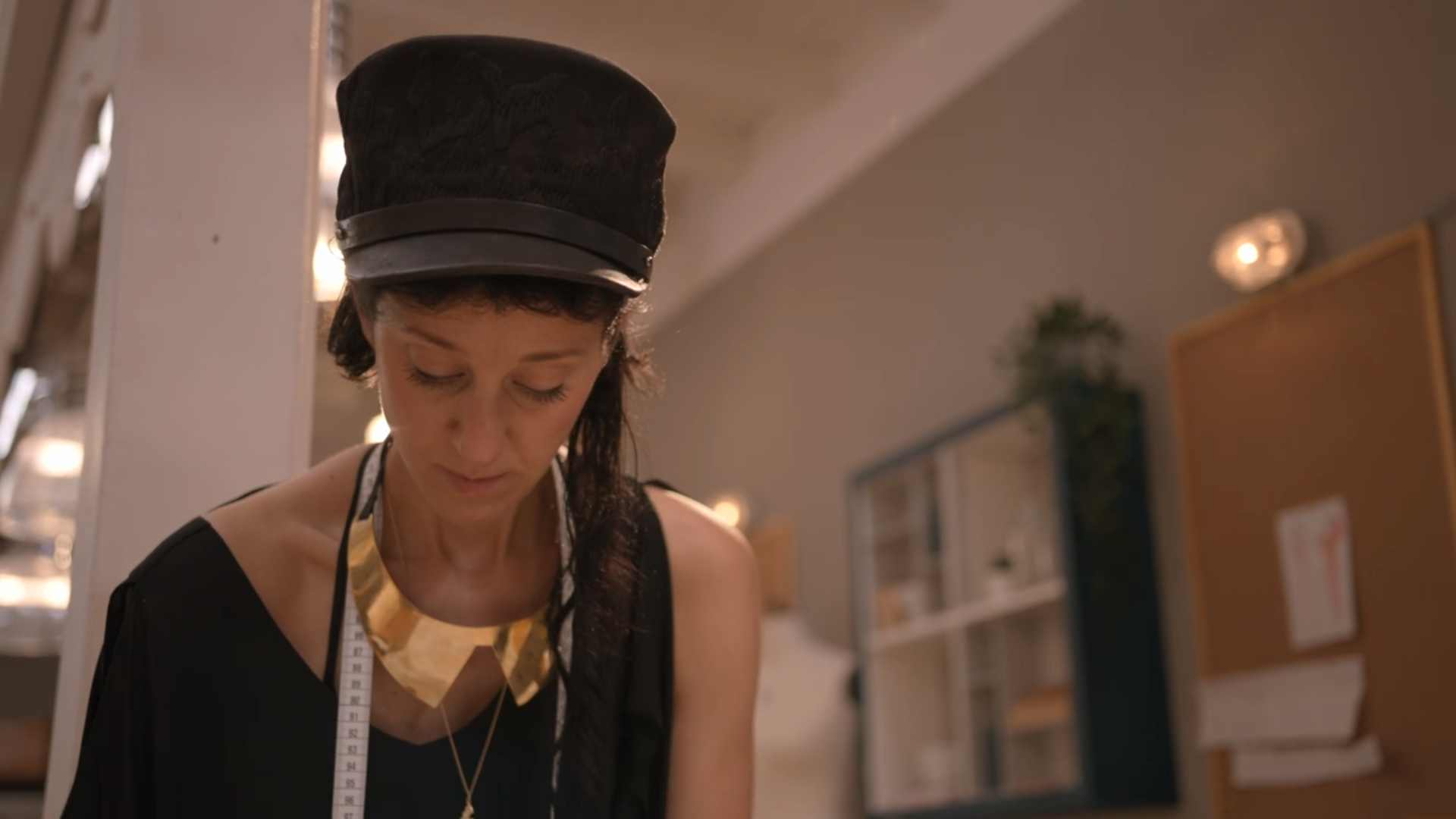 Within the first fifteen minutes, I already had my allegiances.

“With couture, there’s a certain respect you have to have. I mean, it goes back centuries and it’s like you disrespected the whole entire word.” -Naomi Campbell

Making the Cut wants to showcase competence and how fashion melds both the beautiful and the business. These are artists who don’t want to be starving for their craft. The drama of the show is in seeing what people create, not how they act towards each other. Sure, this show won’t give you the gif content or zingers like Project Runway, but it sure will be a nice alternative to Tiger King.

New episodes of Making the Cut drop Friday, April 3. Come back for Amy’s recaps! What else will you be doing?

The Cool Table@thecool_table
1.0K Following 1.0K Followers
Yesssssss https://t.co/rGaJC4TAJ4
2 mins ago
1
Latto Brought Big (Villain) Energy to #TheBachelor for episode two of Zach's season. https://t.co/qyqmqEZIpH
10 hours ago
1 4
@pagemelt I know nothing about them but it's a good assumption since the album is titled Dear Wormwood. I have so m… https://t.co/rXXSQbWwlG
12 hours ago
2
@pagemelt isnt the whole album based on the screwtape letters? RED FLAGs
12 hours ago
1
@MrsKowski unfortunately yes
12 hours ago
Archives
Entertainment, Outlander, TV