Who doesn’t love a good superhero story – watching average and above average people fight for truth and justice with a firm ass kicking? We revere the righteousness of heroes like Captain America, the intellect and prestige of Iron Man, and the moral fortitude and strength of Wonder Woman. They come to embody the ideal versions of not only society, but of ourselves and what we could achieve.

And then there’s Amazon Prime’s The Boys, which reminds us that while these heroes do possess the supernatural ability to save the world, they also can be super megalomaniac assholes who can kill you with just a flick of their wrist.

I first learned about The Boys at San Diego Comic 2019  – You know? When my biggest concern was not getting preview access to the Funko Pop exhibition – in the Amazon Prime Outside the Con activation, where I skipped completely over the show because of some Carnival Row fairy wings and the chance to “fly:” 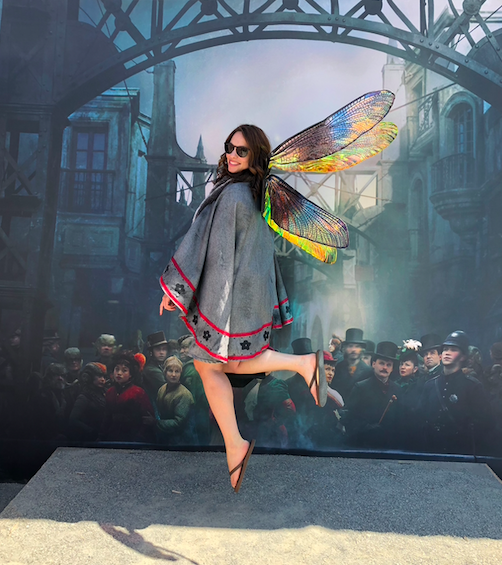 Honestly, that was fine by me: The Boys’s activation was an escape room, where you had to work with complete strangers to solve a crime. It made my Type A flare up and reminded me how much I hated group projects in school. However, a month later, I was searching for my next binge. That’s when I stumbled upon The Boys. Eight twisted hours later, I knew I was all in for a second season.

The Boys returns to Comic Con, pandemic be damned, where they discussed the anticipated second season, that mind f**k of a cliffhanger, and so much more.

And you thought the dolphin was bad… Season 2 is fucking diabolical! pic.twitter.com/odAyY23pSC

Our Mirror is Cracked

Perhaps why The Boys resonates so loudly with viewers is how the series deals with current issues in a fictional, superhero society, essentially holding up a mirror of our own dysfunctional and violent society. For the first season, the show examined sexual assault, drug abuse, and the weaponization of our society. Let’s just say that for this season, 2020 has given the show more than enough fodder, namely white supremacy and nationalism.

You know what that means? Some racists are gonna get crotch punched. Good.

The Supes Are Even More F**ked Up

If you were to boil down The Boys to a singular theme, it’s this: We all have our shit, even superheroes. From Homelander’s Oedipal tendencies to A-Train’s drug addiction, the Supes are far from the perfection we have come to associate superheroes with. This upcoming season, the Supes are even more unhinged. Without the supervision of their handler – I was really hoping Elizabeth Shue would return with a “Miss me, motherfuckers” smirk – the Seven dive even deeper into their vices. Yes, that includes Homelander lappin’ at some breast milk and The Deep still needing to stay at least 100 feet away from any porpoise.

A Storm is A-Brewin’

A new season means new characters, and The Seven is welcoming Stormfront to their team. Played by Aya Cash, the cast and crew stayed tight lipped over this character and her backstory, but they did promise that she and Homelander will not be exchanging Christmas cards anytime soon. Our only hint? This tweet, which I’m hoping means she strikes down racists with lightening. Fingers crossed.

Watch the panel now, and get ready for some special guests, announcements, and Jack Quaid showing all of us that you can nurse a beer during a work Zoom call.

The Cool Table@thecool_table
1.0K Following 1.0K Followers
Yesssssss https://t.co/rGaJC4TAJ4
14 mins ago
1
Latto Brought Big (Villain) Energy to #TheBachelor for episode two of Zach's season. https://t.co/qyqmqEZIpH
10 hours ago
1 4
@pagemelt I know nothing about them but it's a good assumption since the album is titled Dear Wormwood. I have so m… https://t.co/rXXSQbWwlG
12 hours ago
2
@pagemelt isnt the whole album based on the screwtape letters? RED FLAGs
12 hours ago
1
@MrsKowski unfortunately yes
13 hours ago
Archives
Books, Entertainment, Movies, The Cool Table

Midnight Sun and Twilight: Dinner and a Movie and a Book

Looking Up The Luminaries