Matt James is already halfway through his journey to find love on The Bachelor. I know, I’m not sure how he’s supposed to be engaged to one of these strangers in only a few short weeks either. Good thing his BFF/LOML Tyler Cameron is here to give him advice.

(A quick moment of silence for the fact that I’m a married mom with a c-section scar and too many pairs of leggings whom Tyler Cameron will never love.)

Okay, I’m back and so is the argument that Jessenia and MJ were engaged in before last week’s episode ended. Let’s do this

When we last saw them, MJ and Jessenia were sniping at each other from across a large, u-shaped couch. We’ve all been there. Matt walked in looking like it was the last place on the entire planet that he wanted to be, but he signed the contracts so it’s time to suck it up, big guy. 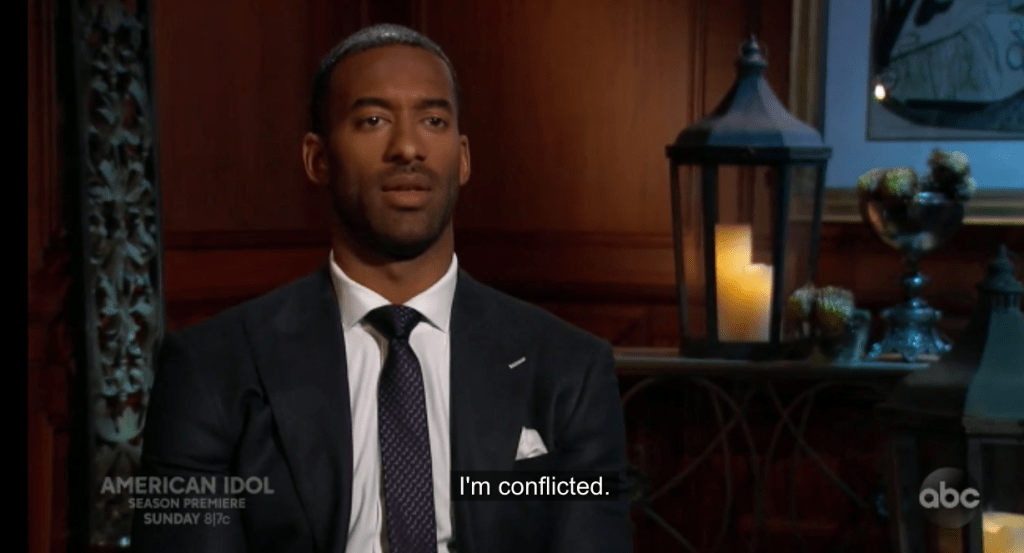 He took Jessenia aside first only for her to tell him that MJ was lying to him about not being part of the bullying. In fact, she was one of the ring leaders along with Queen Victoria (RIP her time on the show). Matt said, “This is a bummer to me.” Such a wordsmith.

Meanwhile, MJ was giving herself a pep-talk by fluffing her hair and telling herself to snap out of her “weak bitch moment.” In her time with Matt, she told him that she’s about peace and harmony and this isn’t her. Matt was like, “I know! You’re super cool.” Then he sent her home and gave Jessenia a rose as a reward for surviving.

After MJ was sent home in the SUV of shame, Matt was “emotionally exhausted.” AKA questioning his every life choice that led him to be on this show. Instead, he skipped straight to the rose ceremony where he sent Magi, Ryan, and Brittany packing. There are 11 women left in the game for his heart. Bring on the Romance!

JK, Serena C. wanted to fight with Katie instead. 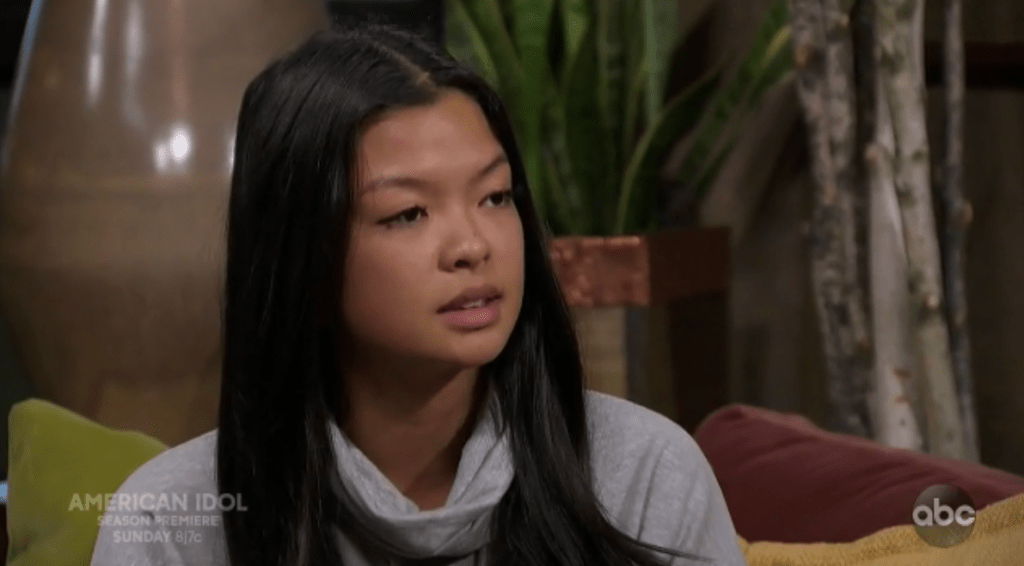 Serena C. blames Katie for bringing all of the rumors of bullying up to Matt. Which…isn’t exactly wrong. Katie is the one who brought it all to his attention. Of course, she did it to protect the reputation of a woman who was being accused of being a sex-worker, but Serena C. was like, “snitches get stitches.” 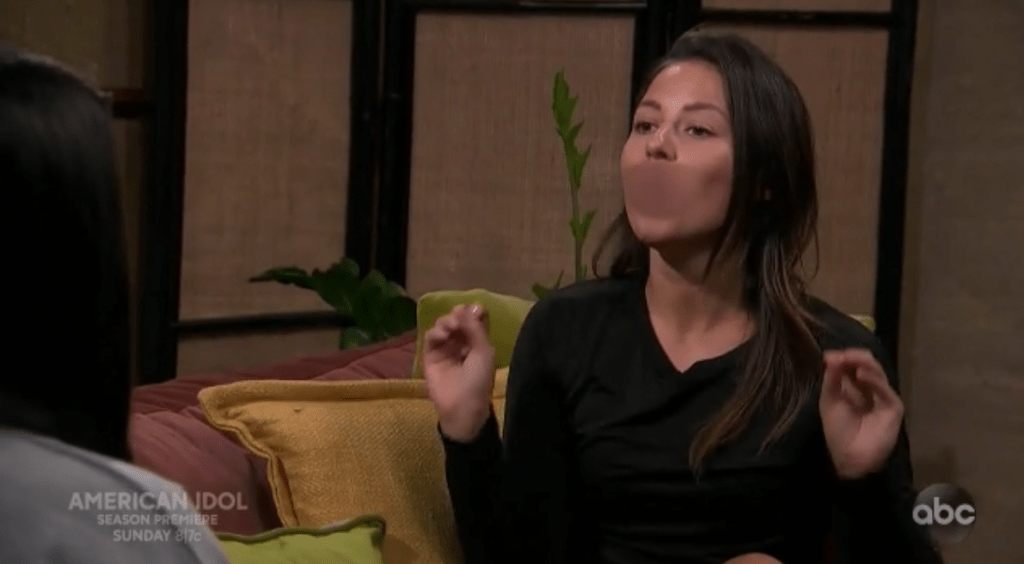 They sat across from each other on yet another couch and yelled at each other with no resolution to be seen. Sigh.

Pieper (yes, spelled with an “ie”) got the first one-on-one date of the week. The 23-year-old graduate student from Oregon followed Matt into a dark forest where he asked her to flip a giant on-switch attached to a tree. Run, Pieper! You’re in danger, girl!

Or not. It was just a random carnival set-up in the middle of the woods. Nothing to see here. They played carnival games and rode sketchy rides before meeting up for dinner. Pieper admitted that she has a difficult time expressing love verbally because her family never modeled it. Matt told her they could work on it together. That apparently did the trick, because she up and blurted out that she’s falling for him.

They danced at a private concert by a band I’ve never heard of but which appears to be named after the city of Temecula, and she got the date rose.

The group date started out light and fun. Sure, Matt James was wearing a bowling shirt, but there was also a plate full of buffalo wings and bowling. I realize that they’re quarantined, but can you imagine sticking your fingers in a bowling ball and then eating wings with those same filthy fingers ever again? I’ve been scarred.

The good times didn’t last long, because Chris Harrison showed up to turn it into a competition. The nine women were separated into groups for a bowling match with the highest-scoring team earning a fun after-party. In the end, Kit, Bri, Abigail, Rachael, and Serena C. lost and were sent home to cry.

Serena P, Michelle, Chelsea, and Jessenia were riding high on their win and one-on-one time with Matt. Then Matt invited the losers to crash the party anyway. Do rules even matter anymore?!

Michelle got the date rose, but all I want to know is if they washed their hands properly after handling those bowling balls.

Before the last one-on-one date of the night could go to Katie, Matt played a quick game of pool with my imaginary boyfriend, Tyler Cameron. Once again, Matt chose to wear a turtleneck, but it didn’t take away from his clear joy at seeing his friend. Tyler told him to stay open to the women he hasn’t connected with yet, and Matt told him that he thinks he’ll propose in the end. 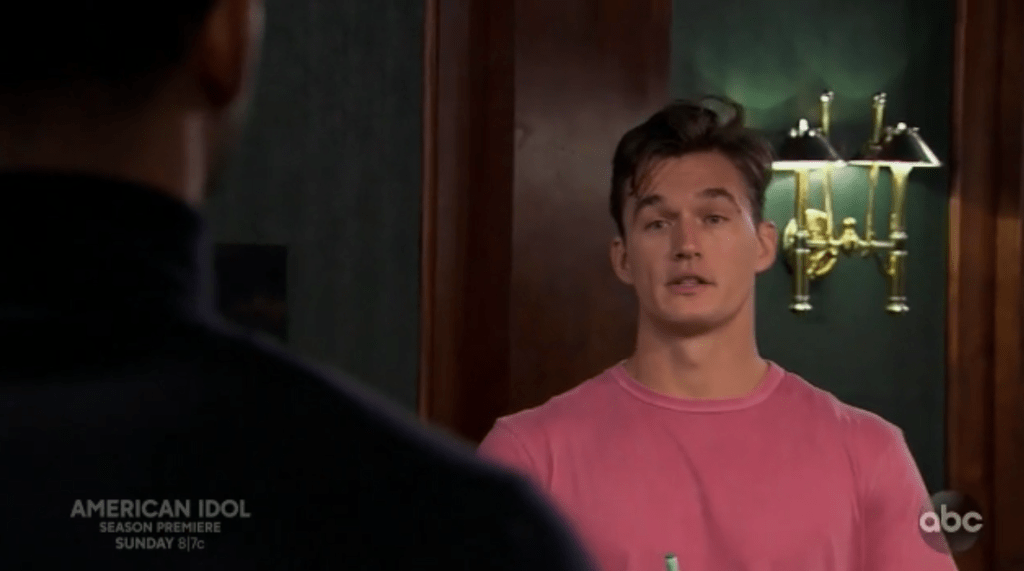 Sure, they were feeding an actor dressed as a masseuse directions to mess around with Tyler during a massage.  However, the main draw of this date was seeing Tyler shirtless on our screens again. God bless him. 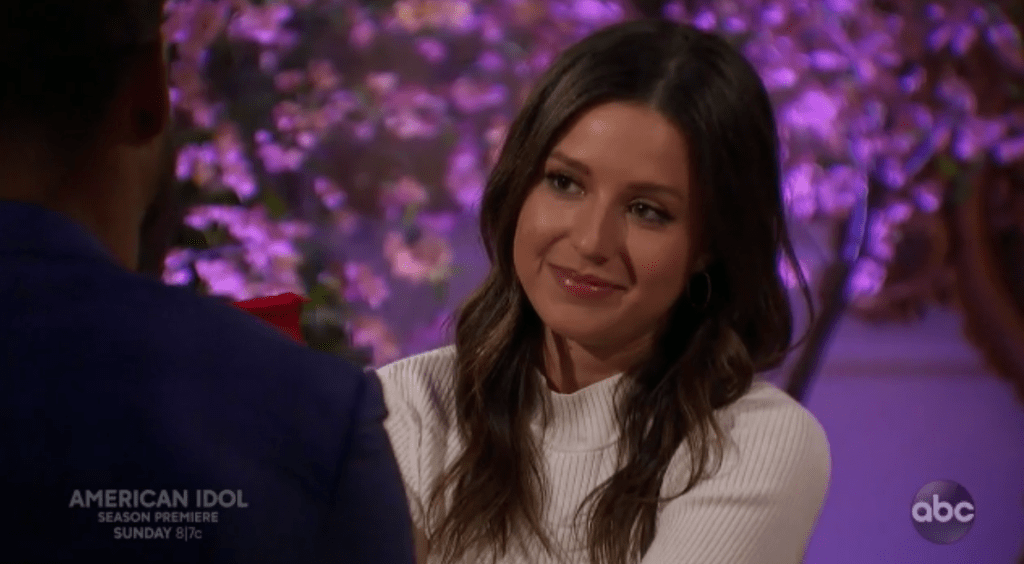 That night Katie told Matt that she wants someone who knows who he is. Matt was like, “OH! Okay, my bad,” and then didn’t give her the date rose. She was sent home, but something tells me this won’t be the last we see of her.

Not the Guest Star I Wanted

Meanwhile, down at the security hut of the Nemacolin Resort, Heather Martin from Colton Underwood’s season of The Bachelor just showed up in a minivan.

Eventually, she talked the security guard into calling Chris Harrison and a camera crew down the hill to speak with her. She told them that she wants, no, NEEDS to meet Matt James. Apparently, her bestie, Hannah Brown, told her that they’d be perfect together. Which, like, couldn’t she have just given her his number without all of this extra nonsense? All the while, Chris Harrison was standing on the opposite side of a guardrail looking at her like she was completely insane. 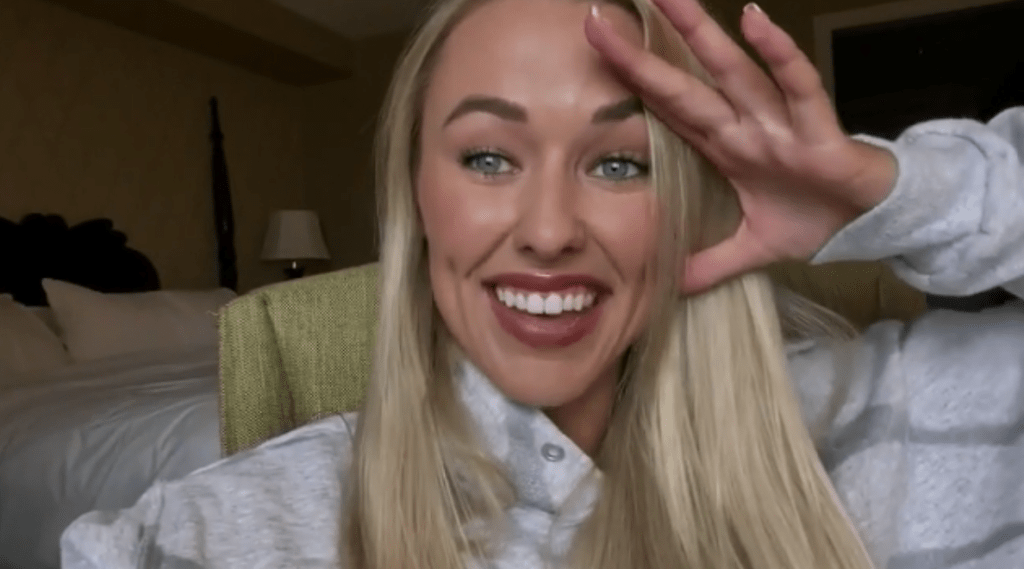 But if there’s one thing The Bachelor knows how to do, it’s capitalizing on a gorgeous woman in her 20’s making a huge mistake. So the next thing we knew, she was quarantined in a suite and having COVID tests shoved up her nose. She’s on the show.

The other women are going to freak.

The 10 remaining women of the season waited for Matt to arrive for the cocktail party in blissful ignorance. In fact, they all agreed that they were relieved that the drama was over. Haha, sucks for them, because here comes Heather in her bridal white, french pedicure, and stunningly blue eyes to mess with Matt’s head.

She strolled past the women with a wave and a smile and then interrupted Matt’s conversation with Pieper (still spelled with an “ie”.) Matt burst into uncontrollable laughter which was probably born out of awkwardness, but he’s eternally awkward, so who knows.

Meanwhile, the other women went nuclear. She already had her shot at a mediocre former athlete, it’s their turn now!

The episode ended and Heather lived to see another week on this season of The Bachelor. I miss Tyler Cameron already.

Next week the women will be angry, Matt will go on some more dates and I’ll be here watching it with rapt attention. I just can’t help it. Who do you think is in the top four of the season? Will Heather get a rose? Let’s chat in the comments.

The Cool Table@thecool_table
1.0K Following 1.0K Followers
Yesssssss https://t.co/rGaJC4TAJ4
23 mins ago
1
Latto Brought Big (Villain) Energy to #TheBachelor for episode two of Zach's season. https://t.co/qyqmqEZIpH
10 hours ago
1 4
@pagemelt I know nothing about them but it's a good assumption since the album is titled Dear Wormwood. I have so m… https://t.co/rXXSQbWwlG
11 hours ago
2
@pagemelt isnt the whole album based on the screwtape letters? RED FLAGs
12 hours ago
1
@MrsKowski unfortunately yes
12 hours ago
Archives
Books, Romance