How is everyone doing on The Cool Table Book Challenge? Spending those tax refunds on books, we hope!

Not gonna lie, I am kind of crushing the challenge so far. Maybe because it’s winter and I love reading in bed, on my heated mattress pad. It’s one of the best investments I have ever made, besides my 401k, which was decimated this past week. I might not ever retire but at least I will be cozy.

Here are four books I have read and loved in 2020 and line up with our book challenge list:

Here for It: Or, How to Save Your Soul in America by R. Eric Thomas 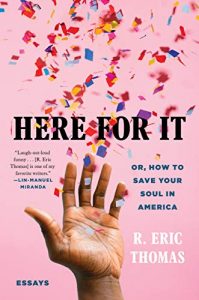 As an elle.com writer, Thomas has been cracking me up for a while now. Here for It is a collection of personal essays about the complex stew that is Thomas’ life. It runs the gamut from being embarrassed about where he lived as a kid — like Andie in Pretty in Pink — to drinking vintage Veuve Clicquot rosé with a lady named Kristen on election night 2016. I cried several times reading this, which required me to use prescription Elidel on the right side of my face because, in my 40s, I have become allergic to my own tears. True story.

This wonderful man wrote an essay called “The Past Smelled Terrible.” Maybe it’s because we are obsessed with Outlander and the stank of it all, but when Thomas writes, “Going back in time isn’t worth the aggravation. The scent will never leave your nostrils,” I felt less alone and had to use my inhaler.

Here for It is so good, I bought it twice. First, I purchased it on my Nook, and then I grabbed a physical copy because I adored it so much. I call this a book souvenir. Plus, the cover is pink and looks hella cute on my lucite book shelf. 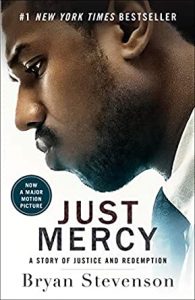 This books stressed me out so bad that I had to stop reading and check Wikipedia to make sure that Walter McMillan, an innocent man put onto Alabama’s death row, was eventually freed. Spoiler alert, whew!

As a young civil rights attorney, Stevenson takes on the evil machinations of Southern “justice,” which is especially evil when black and/or poor people are the accused and facing life in prison or the electric chair.

Reading Just Mercy, I was frustrated and furious with our racist system, and the number of times I wanted to throw the book across the room was countless. But be heartened to know there are good people fighting for truth who occasionally win. Scream then smile. Then scream again.

The Heartbeat of Wounded Knee: Native Americans from 1920s to the Present by David Treuer 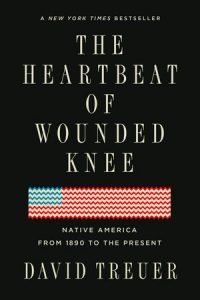 Book About Bad Deeds by US Government: CHECK

Treuer is Ojibwe and grew up on a Minnesota reservation. His book is a dense, long read, page after page documenting the US Government killing Native American bodies and aggressively legislating to stamp out their culture.

The Heartbeat of Wounded Knee is a counter-narrative to the idea that Native life ended after the Wounded Knee massacre in 1890. Treuer starts his books as an encyclopedia, detailing the vast and diverse tribes that covered America, from the coasts Maine and to California and all the land in between.

The middle of the book is devastating to read, as heavily armed and greedy white men use the treaty system to take from, displace, and starve out the tribes. The most upsetting part for me was the boarding school system, which essentially stole Native children away from their parents, in order to Americanize them.

But Treuer refuses to let that be a sad last word on his people, and he writes of the hopefulness, stubbornness, and enduring present-day pride of Native people. If you believe in active resistance, this is a book for you.

The Lord I Left by Scarlett Peckham 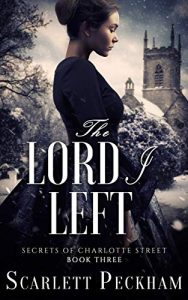 Book You Know Will Make You Happy: CHECK

Peckham quotes the Bible a lot, especially Song of Solomon. By night on my bed I sought him whom my soul loveth: I sought him, but I found him not. Henry — Set me as a seal upon thine heart.

If you love Regency and Fleabag, you can’t go wrong with this one.

The Cool Table Has a Podcast Now!@thecool_table
988 Following 939 Followers
Shrimp-gate, Baywatch, Singing in underwear, oh and, Kaitlyn Bristowe made everyone cry. Must be #TheBachelor https://t.co/fD7xk1maFJ
3 days ago
1 3
We are going to do a Where's Waldo but with Amy, as in Where's Amy in #GildedAge Newport. Since she lives there. https://t.co/RKLfEbA4P5
3 days ago
4
RT @RebeccaCokley: "You’re still making that f---ing backwards story about seven dwarfs living in a cave together," says Peter Dinklage. "W…
3 days ago
1.5K
Figuring out why I’m loving @Station11onmax by figuring out why I hated @TheLastDuelFilm https://t.co/NIHG4duULO
3 days ago
RT @BlessAmysHeart: When @bethorne writes the smartest shit.
4 days ago
1
Archives
Entertainment, Outlander, TV