I wasn’t allowed to read the Goosebumps books as a kid. The reason for that was probably a combination of my family’s religion, my parent’s general distaste for horror and my tendency to get nightmares. Okay, fine, it was good parenting. Whatever the reason, I never got a taste for ghost stories unless they were written by the Brontë sisters.

Then Leigh Bardugo’s Ninth House made me love ghost stories.

While Bardugo is best known for her young adult fantasy novels – which The Cool Table highly recommends – in Ninth House she leaves her Grisha universe behind for the mysterious world of New Haven, Connecticut. That’s right, she set her first adult fiction novel at Yale. What can’t she do? 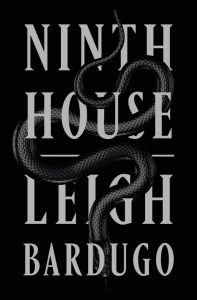 Alex Stern is a freshman at Yale University who was recruited not for her academic skills (she’s a high school dropout), nor for her athletic ability (doesn’t have any), nor for her family’s connections (she lived with her drug dealing boyfriend after her mom kicked her out). Instead, she was recruited by a mysterious benefactor who has given her the task of keeping the eight secret societies of Yale in check as they grapple with magic beyond their control. Why Alex? She can see ghosts.

Soon Alex finds herself in the center of a mystery that involves ancient magic, ghosts, some of the most powerful humans in the United States, and murder.

I simply couldn’t put it down.

Check out The Cool Table’s Book Challenge for 2020

The Cool Table@thecool_table
1.0K Following 1.0K Followers
@jamiesrule @jamadoria @coolstorymere I know you know this, but I"ve had pixie cuts off and on since 1997 and m*n h… https://t.co/VsXyyN7PpC
2 hours ago
4
@LSULeslie @schizoreads I’ve legit never even heard of this
2 hours ago
@chels__ebooks Yes! Josh O’Connor supremacy! I watched this right after I got obsessed with The Durrells ❤️❤️❤️
2 hours ago
@maria_gb75 Keep him
2 hours ago
@baskinsuns AGREED. I love love loved that as a kid (and vowed to be able to do it so someone would love me)
2 hours ago
1
Archives
Entertainment, Netflix, Outlander, TV

The Cast of Netflix’s Shadow and Bone is Perfect