Emily is an interior designer by day, book nerd by…

If you’re looking for a book to tear you apart and just barely start to put you back together again, Yolk by Mark H.K. Choi is the book for you. It’s hard to encapsulate all that this book is in a concise summary or review, but I’ll try. Mainly you should know it’s sarcastic and devastating and infuriating, but hopeful and nostalgic too.

Content warning: Please be aware that this book provides a deep insight into bulimia and issues surrounding body dysmorphia. The climax of the book gets a little graphic, so if those topics are triggering to you, lean on your support system.

Yolk’s protagonist, Jayne Baek, is very hard to like. She possesses every quality in yourself that you squash down and try to ignore. She’s chaotic, flighty, superficial, and painfully aware of herself at all times. It’s hard to find sometimes in the mess that is her life, but she revolves every aspect of her being around her eating disorder. It dictates her friendships, her disastrous hookups, and most importantly her relationship with her family. She feels completely unknown by them, but also won’t let them know her. None more so than her sister, June.

If you are someone with a sister, a lot of this book will feel very familiar, as will that complex balance of love and hate between sisters that can change in an instant. The jealousy, inadequacy, and annoyance that can be overwhelming at times. Despite both living in New York, Jayne has become estranged from her older sister June, going so far as to hide behind trash cans at subway stations when she sees her. Upon learning that June has cancer at age 23, the two begin to have a tentative relationship again. Despite trying desperately to hide it, they each need the other and, frankly, are better people when they’re together. Their relationship is written with such careful detail and incredible sensitivity. Choi is a master of complex characters; they jump off the page. 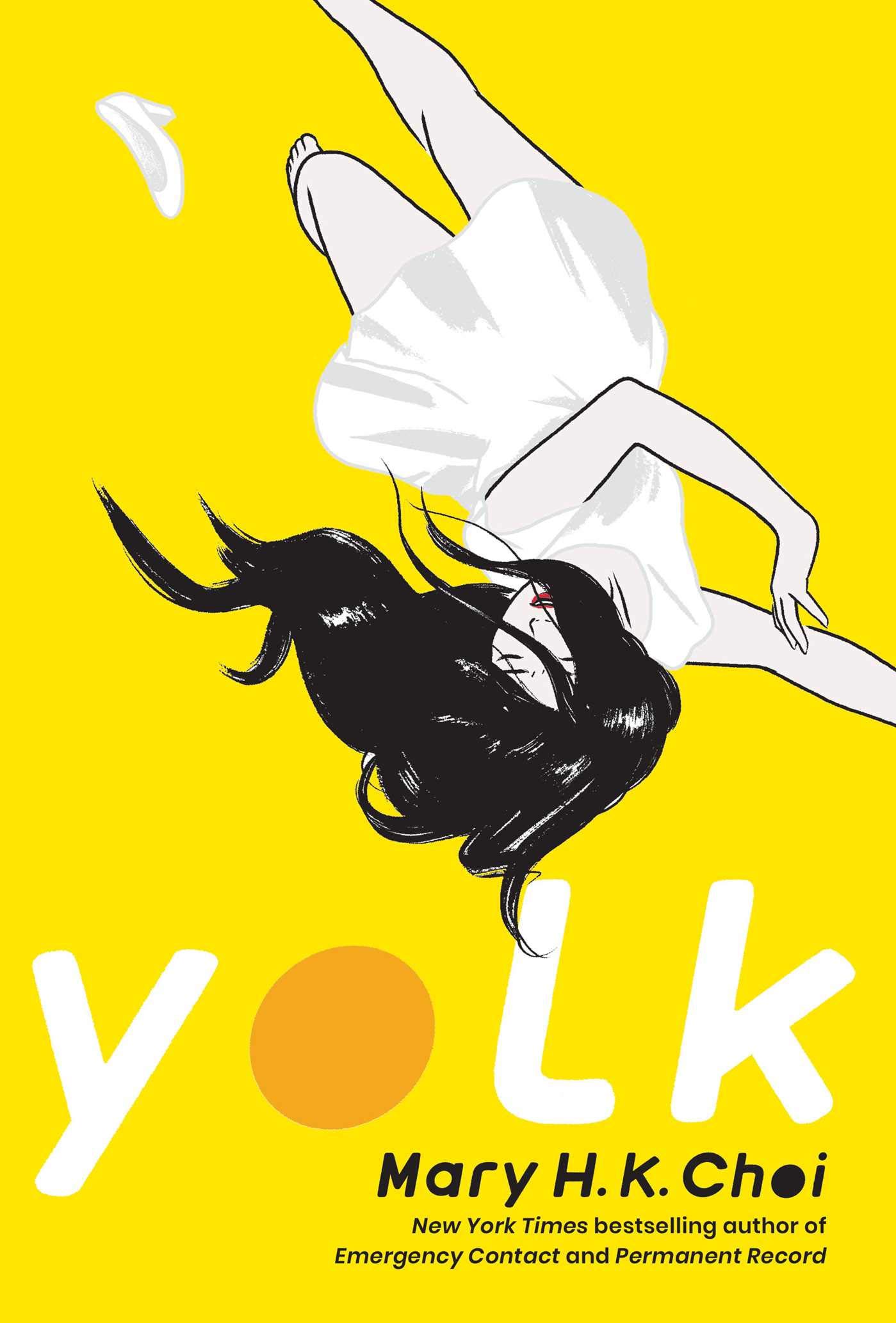 The journey Jayne and June go on together is wholly special and hard to sum up in a review. Like Choi’s other books, you might think there isn’t too much plot to this book. It’s not a fast-paced tale with twists and turns, but it is incredibly absorbing. Jayne is an unreliable narrator. Being inside her head is incredibly frustrating and she makes you want to shout at the pages sometimes, but she also makes you want to give her just the world’s biggest hug. Her pain is visceral and touching. But balanced with that is the humor in the banter between the sisters. Their inside jokes and poking and prodding will make you want to crank call your sibling. I suggest you do it because you’ll need the levity after the catharsis of this story.

And as always, Mary H.K. Choi has the best book covers (not that we’re judging). We raved over Emergency Contact and Permanent Record; Yolk only continues the trend.

Emily is an interior designer by day, book nerd by night. When not talking aloud to her cat, Luna (named after the Luna you're thinking of, hopefully), she can be found scrolling through Netflix for hours, until finally giving up and snuggling in bed with her kindle because she's already watched all of the good stuff. She loves donuts of all shapes and sizes, Chipotle burritos, and alpacas (not to eat - shouldn’t have paired that with two other food items…). If you want to get on her good side, bring up Harry Potter, true crime, or podcasts - better yet something that combines all three.

The Cool Table@thecool_table
1.0K Following 1.0K Followers
Yesssssss https://t.co/rGaJC4TAJ4
1 hour ago
1
Latto Brought Big (Villain) Energy to #TheBachelor for episode two of Zach's season. https://t.co/qyqmqEZIpH
9 hours ago
1 4
@pagemelt I know nothing about them but it's a good assumption since the album is titled Dear Wormwood. I have so m… https://t.co/rXXSQbWwlG
10 hours ago
2
@pagemelt isnt the whole album based on the screwtape letters? RED FLAGs
11 hours ago
1
@MrsKowski unfortunately yes
11 hours ago
Archives
Entertainment, The Bachelor, TV