I’m not a Rachel Hollis reader. I don’t typically read self-help unless it’s something very specific to my needs like When Panic Attacks or Winning Ugly: Mental Warfare in Tennis. Anxiety and fuzzy yellow balls. This is my life.

I know of Rachel Hollis because I’m a person living in this bread and circus we call America, and I have a few Jesus-adjacent friends who post her stuff on the socials. What do I think of her? Great gowns eyebrows, beautiful gowns barrel curls.

Her books include Girl, Wash Your Face and Girl, Stop Apologizing, and in my head canon they are ghost written by Kameron Westcott.  Girl . . .

Hollis is an influencer, best selling author, and public speaker. Her schtick is the hustle lifestyle with a dash of Bible verses and boho-chic color palettes. She has been accused of plagiarizing quotes, before she formats them with a cute Canva font. Wake, pray, purloin.

Also problematic, Hollis is beloved by MLM companies like Beach Body and DoTerra and the people they victimize. She pushes the name it, claim it dogma, similar to the prosperity gospel sold by that other scammer, megachurch pastor/millionaire Joel Osteen.

Hollis believes in that lie that says, “Find something you love, and you’ll never work another day in your life.” That kind of aspiration is more than tone-deaf. It’s downright cruel because it doesn’t work like that for most people, no matter their work ethic or intentions. The failure isn’t you, girl. It is the system. It is the the exploitation of labor. The wage gap. The lack of inherited wealth for black and brown people. Crushing student loan debt. The fucked up American scheme of getting health insurance though your job. Lack of mental health resources and the shame around asking for help. 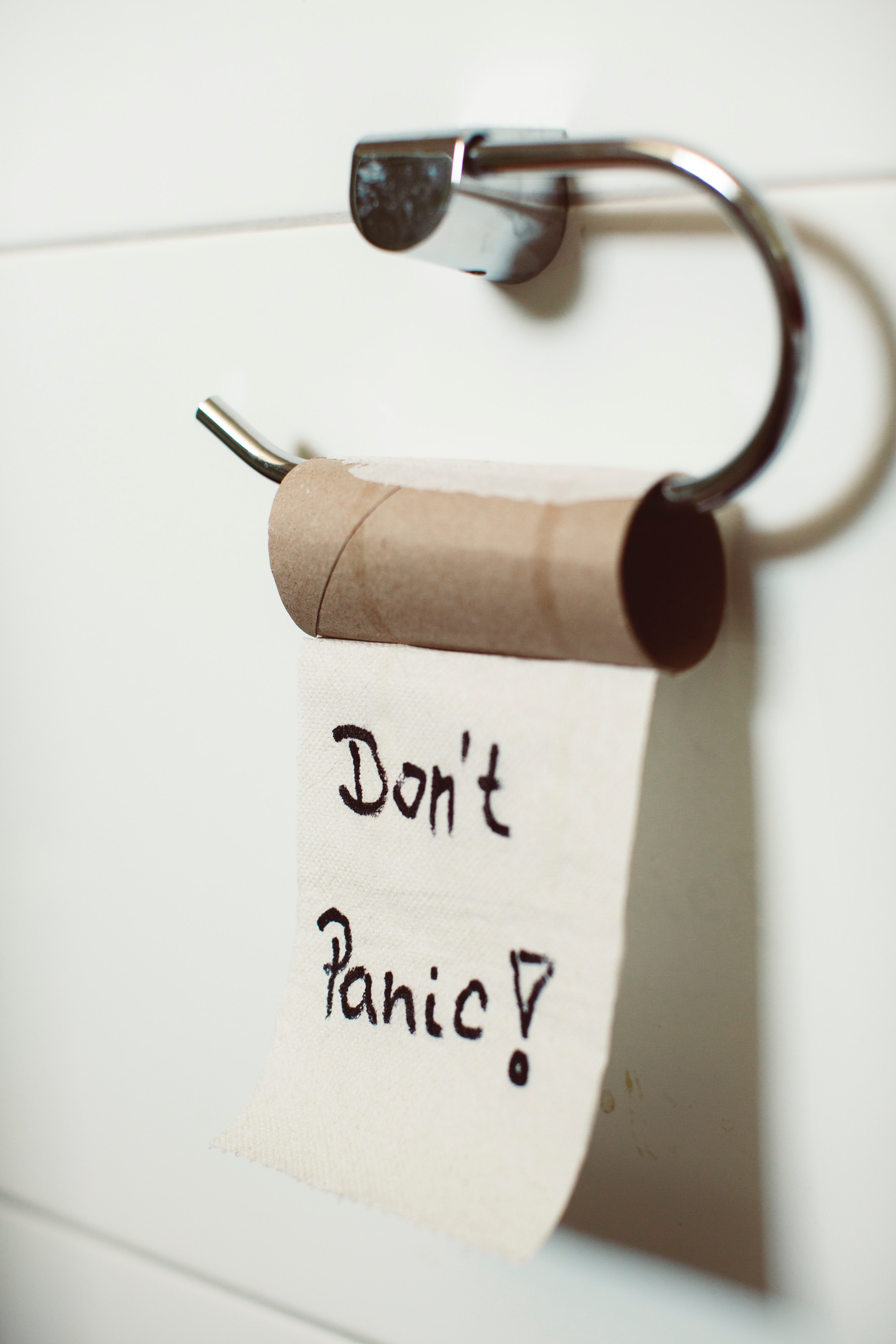 If you are very online, you probably saw that Hollis recently got pushback when she posted a now-deleted video on her TikTok, which I saw reposted on Instagram because my daughter says my being on TikTok is “cringe.”

Here is what Rachel had to say:

Okay, yesterday I was doing a livestream and I mentioned there’s this sweet woman who comes to my house twice a week and she cleans. She’s my house cleaner. She cleans the toilets. Someone commented and said, “You are privilege AF.” And I was like, “You’re right! I’m super freaking privileged.” But also, I work my ass off to have the money to have someone come and clean my toilets. And I told her that and then she said, “Well you’re unrelatable” What is it about ME that made YOU think I wanna be relatable. No, sis. Literally everything I do in my life is to live a life that most people can’t relate to. Most people won’t work this hard. Most people won’t get up at 4 AM. Most people won’t fail publicly, again and again, just to reach the top of the mountain. Literally every woman I admire in history was unrelatable. If my life is relatable to most people, I’m doing it wrong.

And then she went on to hashtag a list of amazing, “unrelatable” women like Ruth Bader Ginsburg, Harriet Tubman, Oprah, Brienne of Tarth.

Rachel Can Drink from the Toilet

Not going to lie, when Hollis opened her monologue with “She’s my house cleaner. She cleans my toilets,” I thought she was about to go off (!) about how there was dignity in all work. That labor is labor. Toilet work is work.

But then very quickly, she made it about it herself, bristling at being brought to task, bragging about how amazing she is to have a cleaning lady. In fact, she kept referring to this person as the woman who cleans the toilets, knowing it is probably the most degrading part of the job. Rachel doesn’t realize this woman who cleans her piss and shit might very well get up at 4 AM. This lady works hard. This lady might already be at the top of her own personal mountain. 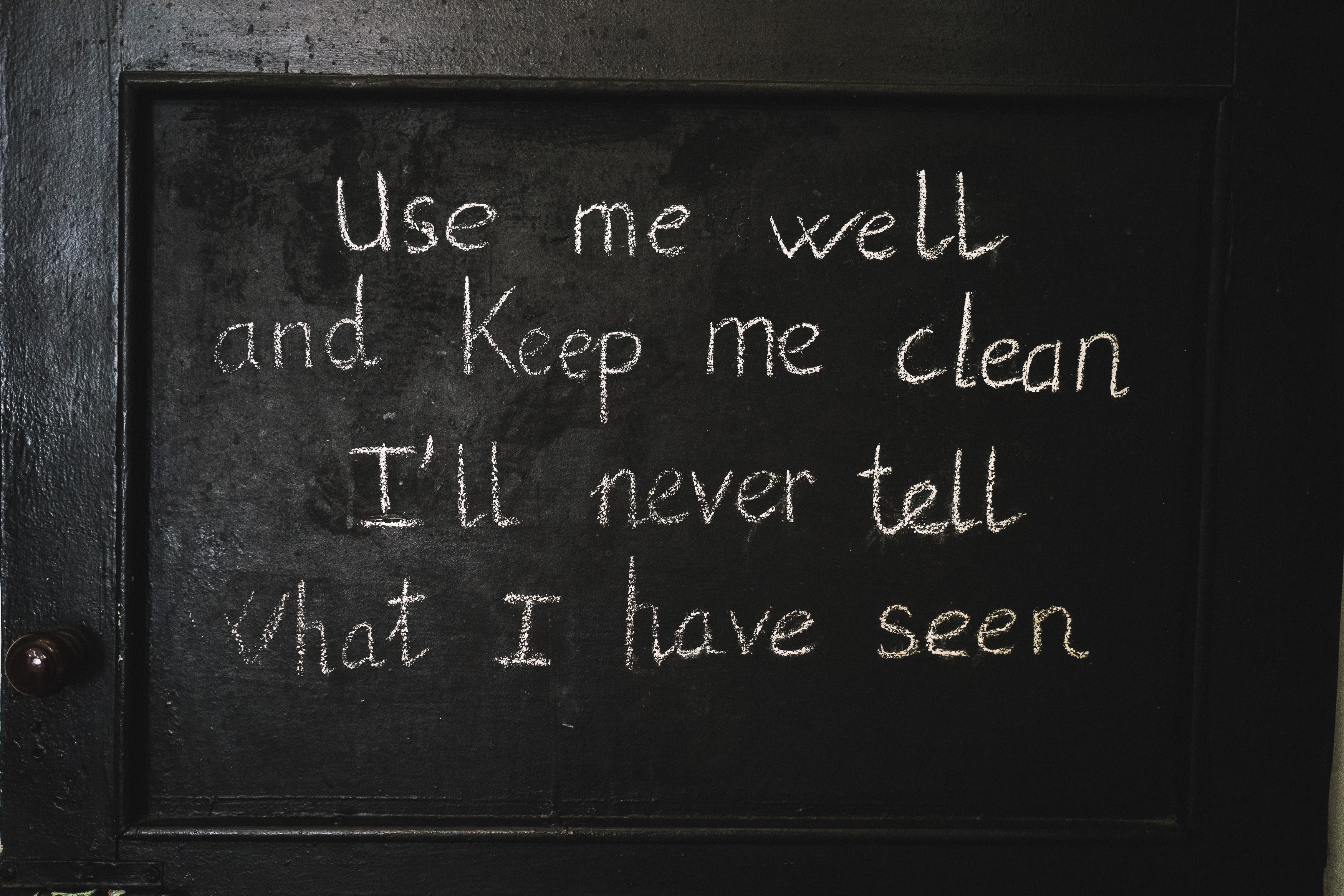 My mother used to clean other people’s toilets. My dad was a public-school teacher in South Carolina, and in my anti-union home state pays its educators in nickels and Hardee’s gift cards. Wages were paltry. We were working poor at worst, low middle class at best. The anxiety I felt as a third grader – fearing that the bike I got for my birthday meant that my family wouldn’t be able to pay the mortgage – is still very real to me. We didn’t have money, and even if no one ever explicitly said it, I absorbed the uncertainty and rejection that comes with that.

Oops, I Ruined The Toilet Again

Following intense backlash in the comments, Hollis has since apologized. Twice. Her first apology was a jester flop, like, “I’m so sorry you mamas don’t get how baller I am, and someone on my team – not ME! – was deleting negative commentary.” Her second apology is a bit more crafted – curated, you could say – with all the highlights you would expect. Apology for the hurt and pain she caused. Admitting to diminishing the experiences of others. Not allowing folks the space to react. A promise to shush and listen.

You can accept her apology if you want. It’s not for me to tell anyone how to receive it.

However, her entire premise is still a lie. For me, the entire Rachel Hollis brand will have to change for me to take this sincerely.

Hollis didn’t delete all the posts that say KEEP GOING, DON’T STOP, OWN YOUR LIFE, CONTROL YOUR MINDSET. Exclamation points! I prefer to think that sometimes you need to know when to stop. That we don’t live our lives in a bubble. That you can’t always control your mindset because your dopamine levels have a different take.

I want to see Hollis cleaning someone else’s toilet, serving another person. She needs to give a PowerPoint presentation on how pyramid schemes are predatory. She needs to do the work. Then, I might offer her the grace she denies other people. But probably not, because she is a person who organizes her bookshelf by color, and that’s always a no for me, dawg.

The Cool Table@thecool_table
1.0K Following 1.0K Followers
Yesssssss https://t.co/rGaJC4TAJ4
4 mins ago
1
Latto Brought Big (Villain) Energy to #TheBachelor for episode two of Zach's season. https://t.co/qyqmqEZIpH
10 hours ago
1 4
@pagemelt I know nothing about them but it's a good assumption since the album is titled Dear Wormwood. I have so m… https://t.co/rXXSQbWwlG
12 hours ago
2
@pagemelt isnt the whole album based on the screwtape letters? RED FLAGs
12 hours ago
1
@MrsKowski unfortunately yes
12 hours ago
Archives
Entertainment, TV, Uncategorized

Married At First Sight Atlanta is the Hot Mess We Need

Money Is Power: Use It