Malfunction: The Dressing Down of Janet Jackson 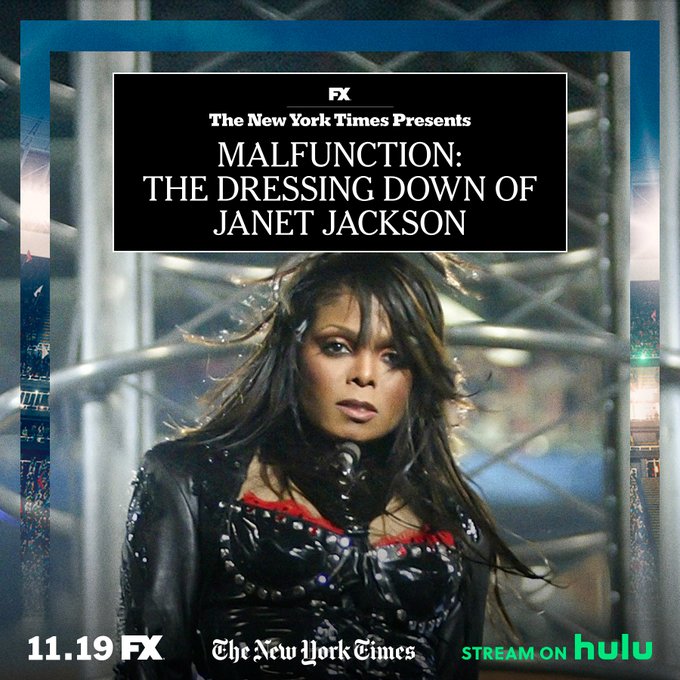 What this is: The latest from The New York Times Presents series on Hulu. “In 2004, a culture war was brewing when the Super Bowl halftime show audience saw a white man expose a Black woman’s breast for 9/16ths of a second. A national furor ensued. The woman was Janet Jackson, and her career was never the same.”

Why I want you to watch it: This week the men of the Supreme Court — and Amy Coney Barrett — look set to vacate Roe v Wade. When it comes to women and women’s bodies, men are terrible. So it’s no shock that the villains of Malfunction, running their witch-hunt against Janet Jackson, are men. Les Moonves. Sam Brownback. Tim Winter. Justin Timberlake.

The faux outrage “nipplegate” created helped white conservatives fundraise and pass restrictive media legislation. Even knowing that Timberlake and Moonves have gotten a comeuppance — Timberlake for a stepping on women to boost his career and Moonves for being a predator — didn’t suppress my rage. I had to watch an episode of The Other Two to help me settle down before bed.

I saw the nipple reveal live, as it happened. I live in New England, the Pats were playing, and our friends had just gotten a brand new flat screen, HD TV in order to host the Big Game. This was 2004 and I’m pretty sure three of the folks in attendance had named their kid Brady.

It takes a lot to shock me, so the incident barely registered for me on that Sunday night. I was also busy eating jalapeno poppers. But watching people lose their minds in the days and weeks afterwards was something. As a subscriber at the time to US Weekly, maybe I was part of the problem? Tabloid culture, Janice Min, Republicans, and Mr. Timberlake sure did ruin a lot of lives in the 2000s. What memories! 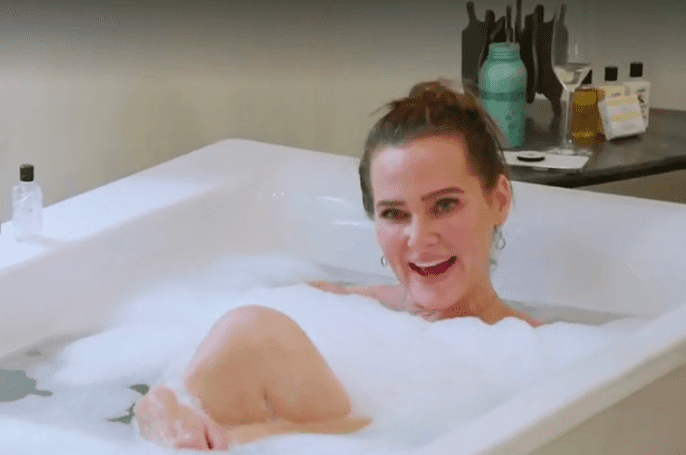 What this is: One of the many Bravo TV Real Housewives franchises, set in Salt Lake City (but mostly set in the more snowy and fabulous Park City).

Why I want you to watch it: RHOSLC comes back this Sunday night after a two week break. If you don’t currently watch, go back and catch the last two episodes. Trust me, that will be enough to feel perfectly at home in the Wasatch Mountains with these insane ladies.

Housewife Jen Shah is currently under indictment for wire fraud and money laundering. Her partner in crime, Stuart Smith, just pled guilty, so you know he has already flipped on her. The episode of the feds swooping in to arrest Shah, while the women wait on a party bus headed to Vail, is the greatest hour of television I have seen in 2021. No notes. It was perfect. Succession could never.

And what is making this season even more juicy, the true crime angle is only just beginning. Housewife Mary Cosby — a designer label mixed with a room temperature Ensure — runs a cult, bleeds people dry, and is next to go down. Prada and prison. Mormons and McQueen. Missoni and mint milanos. These snowflake queens are a high brow/low brow treasure.

James Sizemore, While Being

Who is this: James Sizemore is “a composer and music editor known for his work producing music for films ranging from ‘The Hobbit’ trilogy to ‘Spotlight.'”

Why I want you to hear it: The Spotify Wrapped remined me that when I wasn’t listening to Taylor Swift, I was listening to James Sizemore. When I’m writing or elbow deep in a Snowflake data warehouse (#nerd), I want music that doesn’t distract and also doesn’t make me feel like I’m falling asleep on the massage table. James’ vibe is a mix of Band of Horses having a baby with Dario Martinelli. It’s chill and lovely. We are definitely going to riot when the Supremes hand down the Dobbs v. Jackson Women’s Health Organization decision, but for now, let’s gather our strength for battle. Breathe, bitches.

I wish I could recommend a fantastic new book to you guys, but I’m busting my butt to finish Written in My Own Heart’s Blood so I can read Go Tell the Bees That I am Gone. When I was re-kilting MOBY I realized I had never finished it, which isn’t giving me high hopes for BEES. William is a drip. Stop trying to make William happen!

I have been procrastinating something at work for three weeks now, and when I finally caved and did the thing, it took me 2.5 minutes. This song is my new anthem.

Telling on myself 🤫 ##perfectionist ##procrastination

♬ Dont Wanna Do It – gunnarolla

It’s Christmas season, which means Jen Turtle is snorting the dust at Hobby Lobby and decorating! This year she has made a Feliz Navidad tree, complete with taco piñatas. I can’t decide if that’s cringe or amazing? I’m mean, she voted for the guy who threatened taco trucks on every corner. I guess tacos are bad on the corner but precious on your faux Frazier fir. Also, I kinda love them? But the llamas are too much. Like Coco Chanel said, “Look at your tree and remove one thing.” 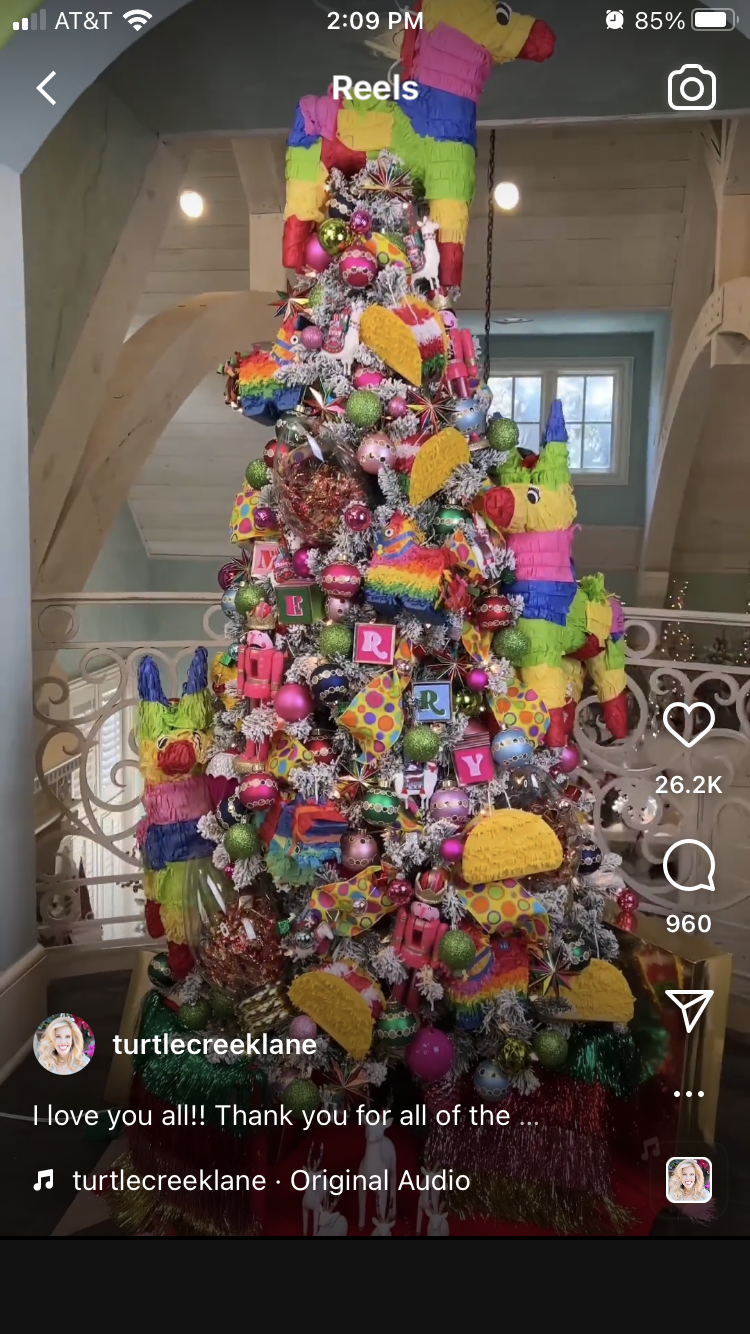 Jen Turtle is centering the living room décor around Christ, which I assume means she will use that space to write checks to food banks. Can’t wait to see that! 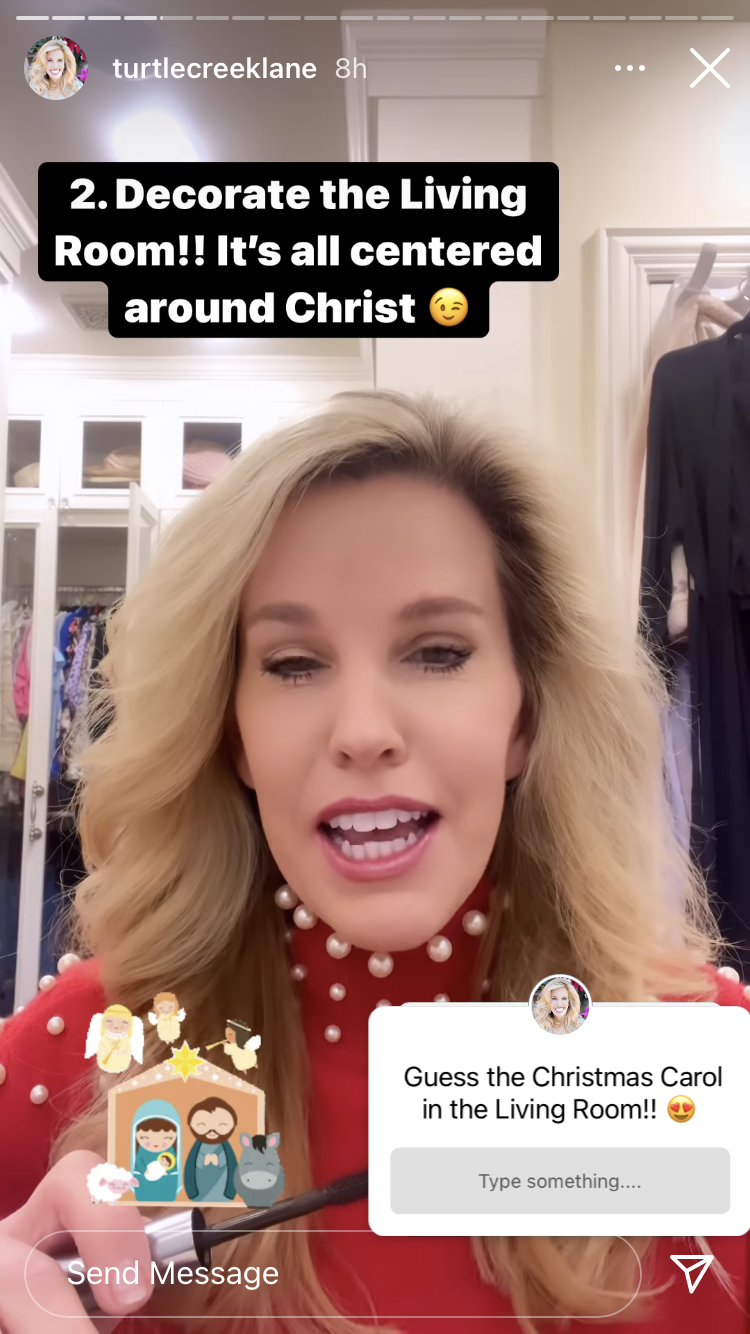 And in case you missed it with all the Halloween and Thanksgiving holiday rush, the daughter Tiffany Turtle tried to flex that she can afford those ratty Golden Goose shoes, by destroying a perfectly fine pair of Walmart shoes for a prank. Laughing while she mockingly runs over a pair of shoes only the poors would want, destroying them with glitter and a Sharpie. The self awareness is not strong with this one. Oof.

Consider donating to the National Network of Abortion Funds, which helps women secure access for their needed abortions. Abortion is healthcare. And in addition to keeping Narcan on hand, consider keeping abortion pills on hand as well.

The Cool Table Has a Podcast Now!@thecool_table
987 Following 936 Followers
@macslandingfive Matt Damon and Ben Affleck are the most miscast men on earth
1 day ago
2
RT @hangoutlander: Have you read Bees? 3/4 of the ladies on this podcast have too. https://t.co/pgnrYazqld
1 day ago
2
@rach_art They are so so SO poorly cast
1 day ago
1
Is The Last Duel the worst movie I’ve ever seen?
2 days ago
2
@kjs3mom2 Here ya go! https://t.co/uQ8dj0KMM2
2 days ago
1
Archives
Book List, Books

We Deserve The Real Housewives of Salt Lake City