When the world is crap, sometimes the universe throws you a bone. We got the election of Joe Biden. The CDC gave us official permission to “peace out” on your toxic family this Thanksgiving. And now, Bravo has given us the Real Housewives of Salt Lake City.

We have endured so much in 2020! Missed events and nasal swabs. Trying to live the entire year on $1800. But now, the person up above — God? Vishnu? Andy Cohen? — has given us the greatest franchise in the history of the Real Housewives. If you have never watched Real Housewives because you have some kind of stuck-up, Kardashian rule about not watching reality tv, blah blah blah bloop, get over yourself and tune in Wednesdays at 10PM.

The Park City scenery is winter wonderland “ho ho ho” perfection. The Juviderm lips jump out and kiss you, as the Mormon tabernacle choir remix goes thump thump thump in the background. And bless the mess, the SLC ladies hit the ground running. 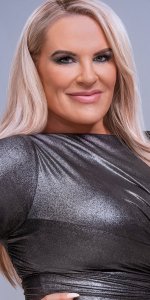 How did she get all that money: Owns a med-spa she started with money she got from divorcing out of the family that inherited a bunch of cash form Howard Hughes. (Try and say that three times fast)

How Mormon is she: She admits to seeing the humanity in gay man and the sexuality in black men. A little yikes on that one.

Why I like her: Emotionally, she is stuck in middle school. Same, girl, same! I wish she could inject confidence like she does her Restalyn. Heather has also never been in love with a man, could be queer. I’m rooting for her!

Are young guys on snowboards gonna see Rossignol boots and be like, “She’s 40. She’s done?” 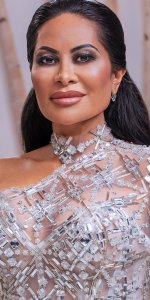 How did she get all that money: Her husband is a college football coach, and she owns a few companies, one of which markets fake eyelashes but doesn’t appear to be sold anywhere online or brick-n-mortar. Interesting business plan.

How Mormon is she: She converted to her husband’s Islamic faith after she found out how historically — and probably currently — racists the Mormon church is.

Why I like her: She’s doing too much and is always willing to escalate a fight. A must-have for any franchise. I also appreciate someone who uses their last name, to full effect She’s not just Jen; she’s Jen Shah! 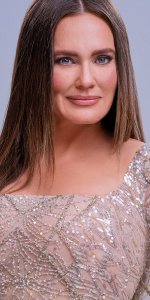 How did she get all that money: Her husband chases white whales in Chicago — I assume this has to do with venture capital — , and she owns a clothing boutique in Park City, frequented by famous people freezing aprés ski who need a $200 cashmere wrap to help warm up.

How Mormon is she: She’s Jewish and likes it that way.

Aesthetic: Loves a sleek tailored suit with a bell-bottom flair but is not afraid to throw on a dress that makes her look like a hot pink Muppet.

Why I like her: Her vocal style is “lazy with adenoids.” I think the Calm app should have her reading bedtime stories. And her son Brooks should be paid as the 6th Housewife. 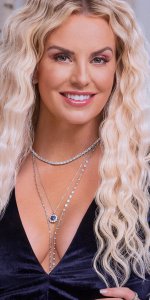 How did she get all that money: She married it when she married the married guy she was having an affair with.

How Mormon is she: See above. She got the boot.

Manicure: Anything that doesn’t make her look like a swinger.

Aesthetic: You never know when a stripper pole is going to appear, so dress accordingly.

Why I like her: Whitney cares for her dad, a 60-something hair dresser in the throws of an opiate addiction. I would kill for Poppa Steve and his squid-ink, punk rock look, because before his struggles, he was clearly a proud #girldad. Folks from Purdue Pharma and the Sackler family should be in jail, while Steve deserves nothing but support.

I know that some might think, “Wow, born-and-raised Mormon girl has a stripper pole.” Well, exactly! I was raised in suppression my whole life! 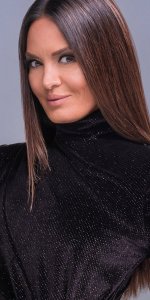 How did she get all that money: She and her husband own a spirits company. One tequila, two tequila, three tequila, floor.

How Mormon is she: Converted from Judaism to LDS. Lisa’s greatest sin of the flesh is her Taco Bell addiction, and she calls herself Mormon 2.0, which means she gets to pick and choose the tenets to she adheres to. Evangelical Christians are great at this, especially when it comes to caring for the least among us.

Manicure: Long with tips so square she uses a level.

Why I like her: The most confident in the group, she gives Bethenny Frankel vibes. Her voice sounds like a smoky mezcal. She’s the person I most want to sit by.

If I give you a Chanel necklace and you choke on it, that’s your problem, not mine. 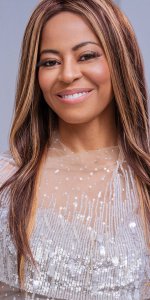 How did she get all that money: Stealing from the offering plate, filled by cult’s parishioners, which is a feat because she seems dumb as Utah dirt.

How Mormon is she: Zero percent. Mary inherited her grandmother’s Pentecostal church, so she could become the “true and living God,” who also fucks her step-grandfather via an arranged marriage.

Manicure: A simple short buff, because the nails cannot distract from the gold plated microphone she holds in the pulpit.

Aesthetic: Runway in a wind storm. Someone get Mary a hair brush.

Why I like her: I don’t like her. She’s a grifter who takes advantage of poor people. If your pastor is wearing a Gucci frock and Celine boots, you in danger girl.

Do yourself a favor this Wednesday while you thaw the Thanksgiving turkey — the turkey you will eat with only people from your immediate family. Watch The Real Housewives of Salt Lake City on Bravo, 10PM.

The Cool Table@thecool_table
1.0K Following 1.0K Followers
@jamiesrule @jamadoria @coolstorymere I know you know this, but I"ve had pixie cuts off and on since 1997 and m*n h… https://t.co/VsXyyN7PpC
2 hours ago
4
@LSULeslie @schizoreads I’ve legit never even heard of this
1 hour ago
@chels__ebooks Yes! Josh O’Connor supremacy! I watched this right after I got obsessed with The Durrells ❤️❤️❤️
1 hour ago
@maria_gb75 Keep him
1 hour ago
@baskinsuns AGREED. I love love loved that as a kid (and vowed to be able to do it so someone would love me)
1 hour ago
1
Archives
Entertainment, Star Wars, The Mandalorian

The Mandalorian: The Good, The Amazing, and The Frog Lady