If there’s one thing The Bachelorette wants you to know this season, it’s that they’re taking the health and safety of the cast seriously. You know, the show that routinely has people swap spit like a game of COVID roulette. That’s why they spent so much time showing Clare practicing yoga and burning incense. Science!

Okay, yes, they also quarantined the entire cast in individual rooms while they waited for COVID test results. Of course, it’s still The Bachelorette, so they doled out the results like Maury Povich with his infamous manila envelope. Clare, you are not the superspreader.

Bring on the Men

Someone alert the CDC, the pandemic is over at the La Quinta Resort in Palm Springs where Clare is ready to meet her future ex-boyfriends in a gown made from discarded disco balls. She looked to Chris Harrison for one final pep talk before the limos arrived, but all the man had to say was, “Hey, you showed up. You always do.” What a guy. 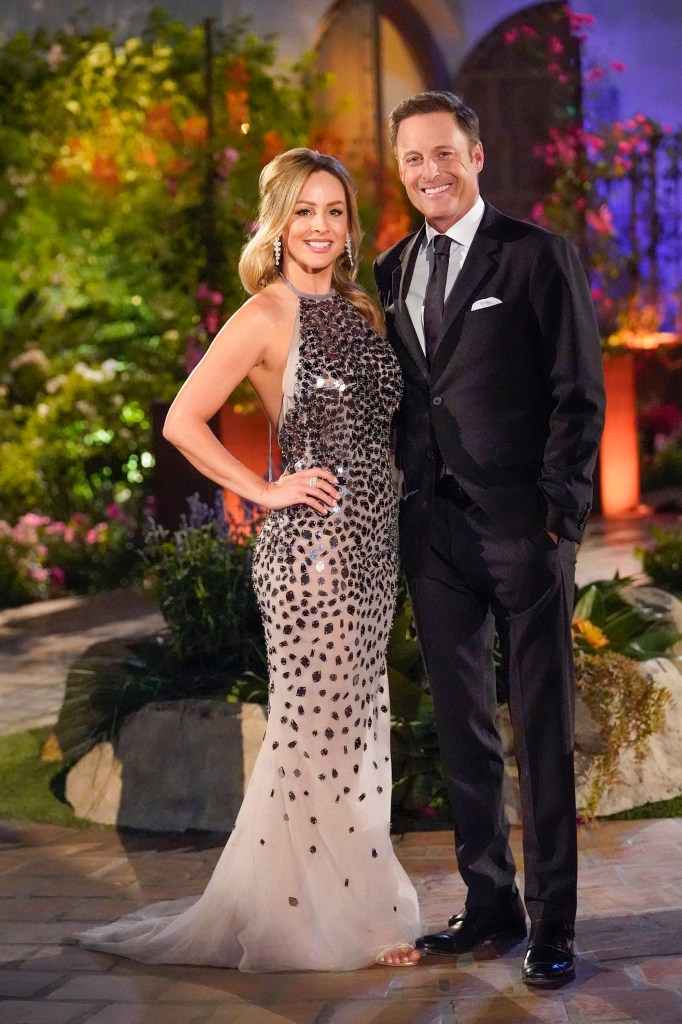 For her part, Clare is a gorgeous, outgoing, confident, and flirty 39 year-old bachelorette who looks young enough to get carded at happy hour. Women really can have it all. I’m as cynical as they come, but I fully buy that she is on the show for the right reasons™.

Here’s the thing, I love a ridiculous Bachelorette introduction gimmick as much as the next viewer judging from the comfort of their yoga pants. However, these men were locked in individual hotel rooms for days with nothing to do except not contract a virus and plan out their introduction to Clare. Days.

At this point in 2020, if I had days alone in a hotel room, I’d probably achieve world peace – after I cleared out the mini-bar and cried in the shower.

Instead, they came up with this ish: 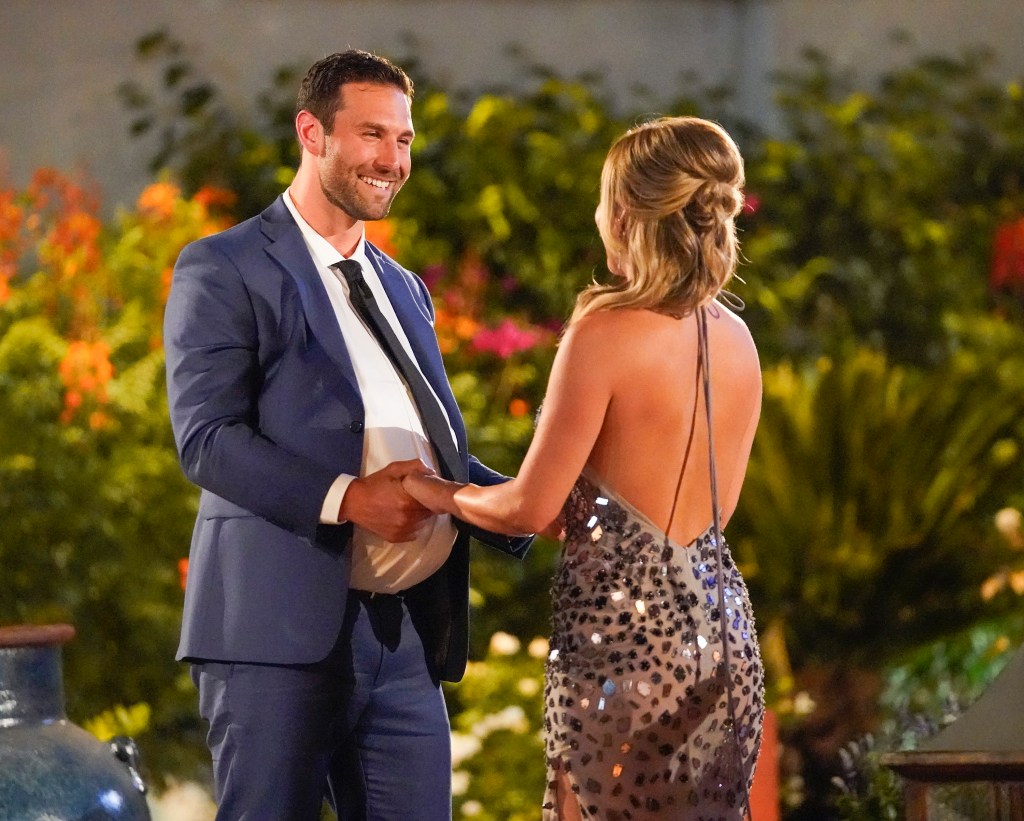 Pack it in Clare, these guys are the worst.

Then There Was Dale

The moment the limo door opened and Dale Moss (Brandon, South Dakota Former Pro Football Wide Receiver, 31) walked out, the music switched to his own soundtrack and I knew it was over. If the music hadn’t given it away, then Clare’s face would have, because girlfriend was smitten at first sight. She looked at the cameras after he walked away and said, “I think I just met my husband,” with tears in her eyes.

Game over. Do not pass go. Call the limos back, Clare is done. 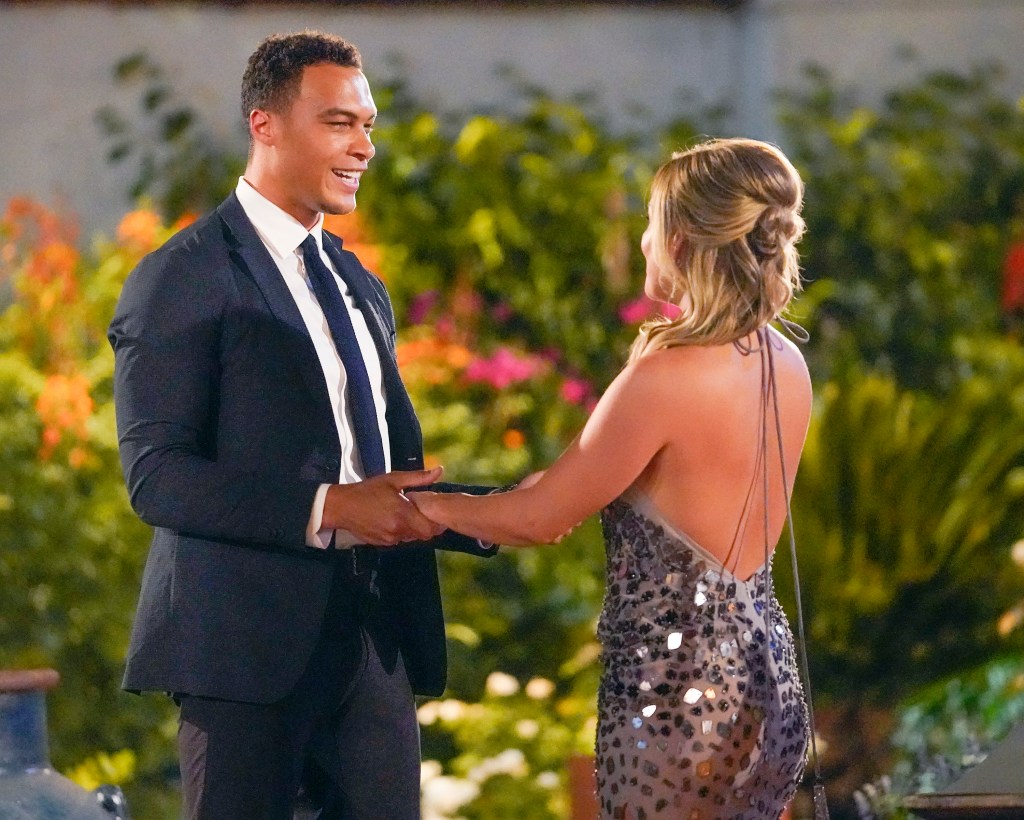 Later in the night, Clare emphasized that she is thirty-nine and knows what she wants because she, “reads energy and vibes.” She nodded emphatically at everything Dale said like 13-year-old me reading an interview of JTT and convincing myself that I could totally be vegan too. Her mom has Alzheimer’s, his sister has health issues. Same! Dale is an empath, Clare sometimes cares about other people’s feelings. Same! Clare wants to makeout with Dale, Dale wants to make out with Clare. Same!

He got the first impression rose because – obviously – and Clare’s season of The Bachelorette was pretty much done filming.

Quick Pause for Some Drama

Other than Dale and the essential worker who administered the COVID tests, we don’t really care about anyone on this season yet. So when Tyler C. approached Yosef (Daphne, Alabama Medical Device Salesman, 30) with some rumors he’d heard about Yosef sliding into women’s DMs it seemed rushed. Slow your roll there, big guy. You’re locked in a hotel with 30 men for 6 weeks. You have time. 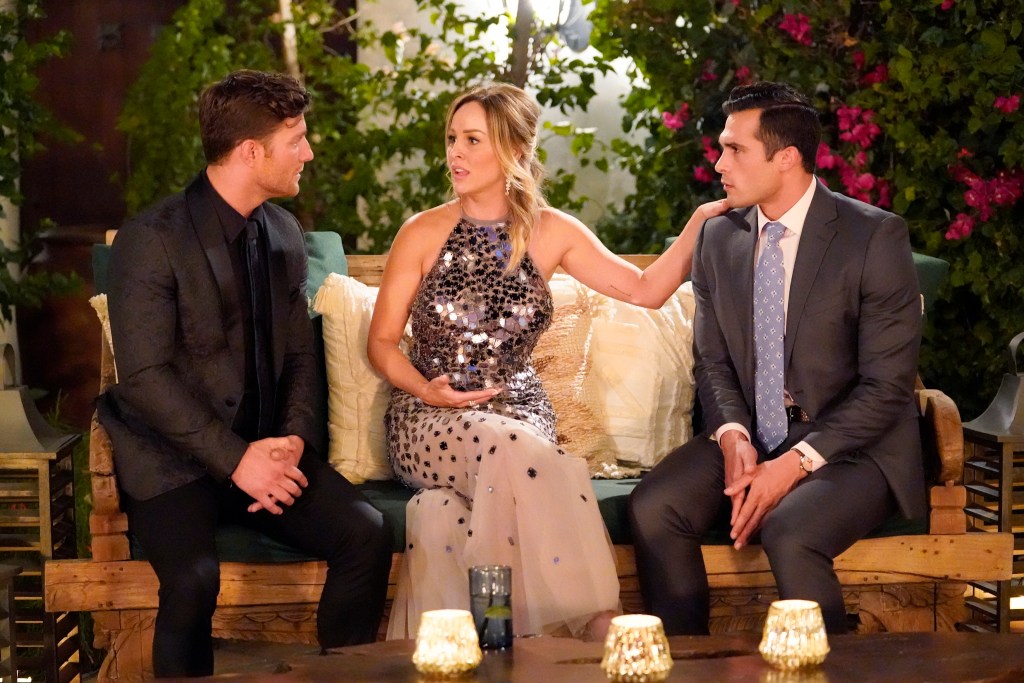 Yosef has big “call the manager” vibes so he went straight to Clare with the drama. She sat both of the men down and asked them to explain themselves. It was as stupid as it sounds, and only further cemented the theory that you should never let another contestant’s name come out of your mouth on a group date. The only good thing to come from the whole thing was when Yosef called Tyler C. “Mini McConaughey” because of his accent. I’m saving that joke for later.

Basically, nothing else happened at the cocktail party since Clare is already in love with Dale. She did have a few sparks with Blake Moynes because she appreciated him taking a risk and messaging her during the break in filming. But, for the most part, her eyes are on the prize. And that prize is a very tall ex-NFL player/model who would be a dragon if he were an animal.

In the end, 7 men (including Tyler C. ) were sent home. But not Dale. Never Dale.

Coming Up This Season on The Bachelorette

So, I know we just spent the past 1,000 words talking about Clare, but everything about the trailer for this season makes it clear that she won’t be The Bachelorette for long. There are spoilers literally everywhere, but all I’ll say here is that it’s gearing up to be the most dramatic season ever.

The Bachelorette airs Tuesdays on ABC. You can catch all of our Bachelor Nation coverage here every Wednesday morning.

The Cool Table@thecool_table
1.0K Following 1.0K Followers
@jamiesrule @jamadoria @coolstorymere I know you know this, but I"ve had pixie cuts off and on since 1997 and m*n h… https://t.co/VsXyyN7PpC
2 hours ago
4
@LSULeslie @schizoreads I’ve legit never even heard of this
2 hours ago
@chels__ebooks Yes! Josh O’Connor supremacy! I watched this right after I got obsessed with The Durrells ❤️❤️❤️
2 hours ago
@maria_gb75 Keep him
2 hours ago
@baskinsuns AGREED. I love love loved that as a kid (and vowed to be able to do it so someone would love me)
2 hours ago
1
Archives
Entertainment, Movies