In 2008, Taylor Swift released her second album, Fearless, as an 18-year-old country music ingenue. In 2021, she re-recorded and released Fearless (Taylor’s Version) as a savvy 31-year-old megastar. What she has achieved and how she has changed in those 13 years is a masterclass in female empowerment.

So how did she get here?

Everyone knows the story of the talented teen who rocketed to international stardom under our judging eyes.

We had an opinion about her when she got interrupted by Kanye West at the MTV Music Awards. We followed her romances and heartbreaks from the cover of every magazine in the check-out line and in every song she wrote. We questioned her talent, judged her body, and generally treated her like every other female pop star in recent history…horribly. 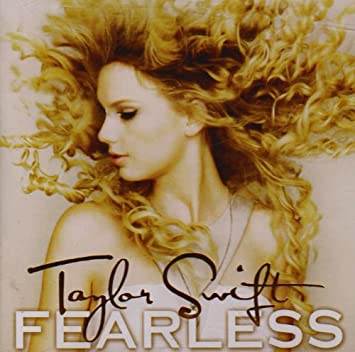 Then she changed. Or maybe we did.

At the very least, we took notice when she sued and won a judgment against a handsy DJ for $1. We paid attention when she stood up for herself after Kim Kardashian released excerpts from a private phone call.

Then, we watched as her life’s work was held hostage by her label. When Big Machine Records refused to sell Taylor the master recordings of her songs, they encountered someone they didn’t expect.

This was a Taylor who didn’t demurely smile while powerful men interrupted her speech, or grabbed her ass in a picture line. This Taylor, in full acknowledgment of her unique privilege, drew a line in the sand.

If they wouldn’t sell her the masters, she’d re-record every single one of her albums, line by line, song by song, so the originals would become redundant.

Talk about taking back your power.

So, yes, I’ve streamed Fearless (Taylor’s Version) nonstop since it released on April 9th. Not necessarily because I love the songs, but because I love what they represent.

They represent her taking back her story.

They represent rejecting everything the industry told her was normal and acceptable in place of what she knew in her bones was right for her.

When I listen to this album I don’t just hear nostalgia and a new Joe Jonas break-up song (although both exist in spades.) I hear Taylor’s more mature voice singing her teenage words with all of the life experience that she has as a silent, but powerful, baseline beneath it.

She sings about being fifteen and first love with the affection and wisdom of a woman who sees her past from a wider view. And she is all the better for it.

Fearless (Taylor’s Version) feels like grace from a woman to her younger self.

I can’t think of anything more empowering than that.

The Cool Table@thecool_table
1.0K Following 1.0K Followers
Yesssssss https://t.co/rGaJC4TAJ4
56 mins ago
1
Latto Brought Big (Villain) Energy to #TheBachelor for episode two of Zach's season. https://t.co/qyqmqEZIpH
9 hours ago
1 4
@pagemelt I know nothing about them but it's a good assumption since the album is titled Dear Wormwood. I have so m… https://t.co/rXXSQbWwlG
11 hours ago
2
@pagemelt isnt the whole album based on the screwtape letters? RED FLAGs
11 hours ago
1
@MrsKowski unfortunately yes
11 hours ago
Archives
Entertainment, Outlander, TV

Quarantine and Sing: Songs for Your Social Distancing

Taylor Swift is The Man