The only thing better than two hours of The Bachelor is four hours split over two nights with half of them dedicated to reliving every awful thing that has happened on this season in front of a live audience.

The Women Tell All is here and Clayton is not going to escape unscathed.

I almost feel bad for the guy.

Jesse Tried Really Hard at the Women Tell All

For all intents and purposes, Monday night’s Women Tell All was Jesse Palmer’s real test as the new host of The Bachelor. Would he be able to fill the loafers of Chris Harrison or would we find ourselves adrift in a sea of women destroying women?

Well, at one point he politely interrupted the fiftieth argument of the first ten minutes of the episode by holding up his hand and saying, “on that note” while seventeen women ignored him.

So, yeah, he was nailing it. 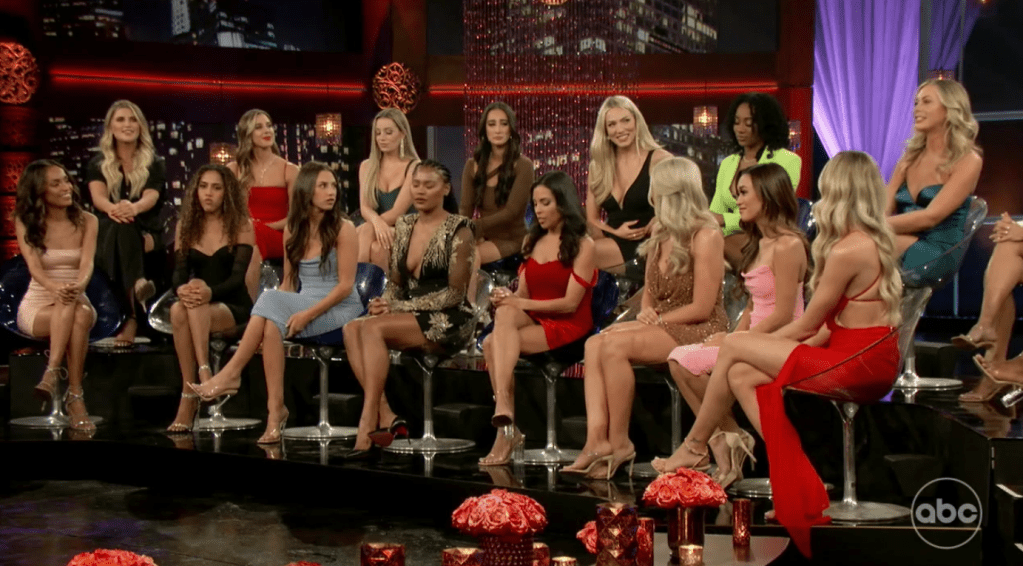 The women, led by Sierra and her trusty foot soldiers vying for their spots in Paradise, attacked Claire for saying she hated Clayton. Then they turned on Cassidy for having a f*ck buddy back home.

To their credit, they both accept their roles in their drama but the winning retort went to Cassidy when she said, “The dick was good, I wasn’t going to give it up if I wasn’t engaged.”

Then the mob turned their pitchforks to the actual villain of the season.

Shanae sucks. You know it. I know it. Every single person who was on that stage knows it. Her actions throughout the season were heinous. The interviews and snide remarks spoke volumes about who she was on the show and the depths she was willing to sink to.

So why the hell did everyone to that stage stoop to her level?

They commented on her body and use of Facetune. Then they accused her of having crocodile tears and being fake. They screamed across the room about what a horrible human being she is and hurled insults from every direction. 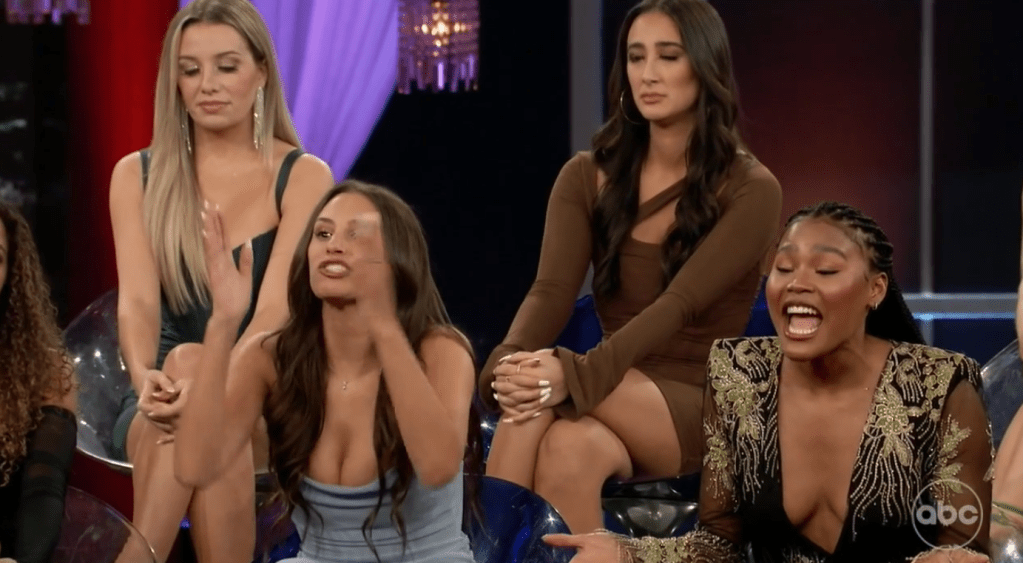 While she sat in silence and stared at them.

It didn’t matter how legitimate their complaints were; because, they ceded the high ground to her and became the very bully they hated.

They had already won the messaging war, they had everything to lose.

Ugh, I hated watching them squander all of that well-earned capital. plus, now, that Shanae and Genevieve both accused each other of sleeping with Aaron Clancy (yes, the union leader himself) we’re definitely going to be stuck watching her in Paradise.

Thanks a lot, ladies.

Sarah Gets the Third Degree 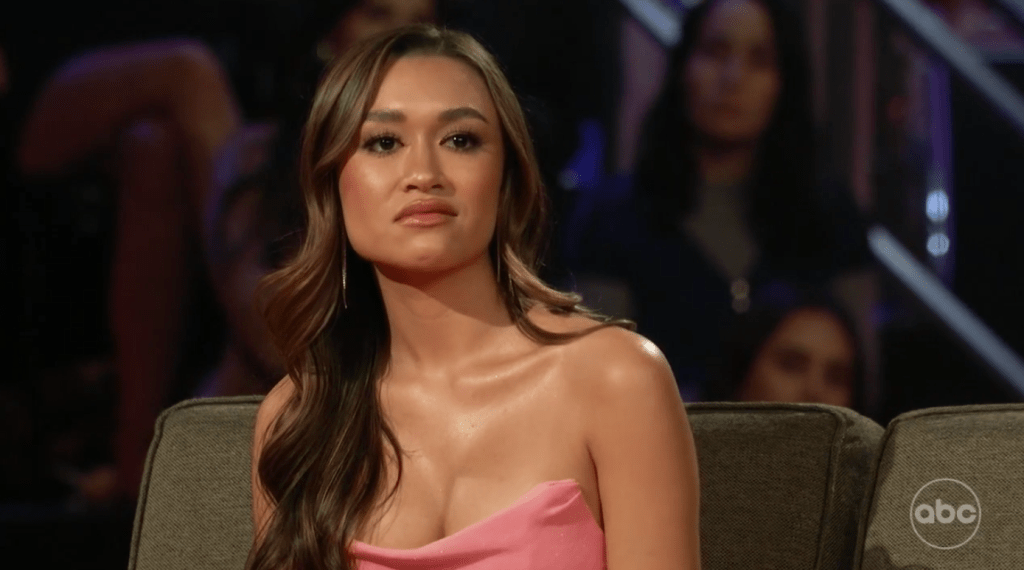 First up in the hot seat was Sarah who, unsurprisingly, got attacked by the women too. It’s really getting old. They’re apparently still mad that she was bragging about her connection with Clayton. Considering she got kicked off the show by Clayton for that very reason, I think she’s been punished enough. Then she cried while they yelled at her for lying that Clayton cried. 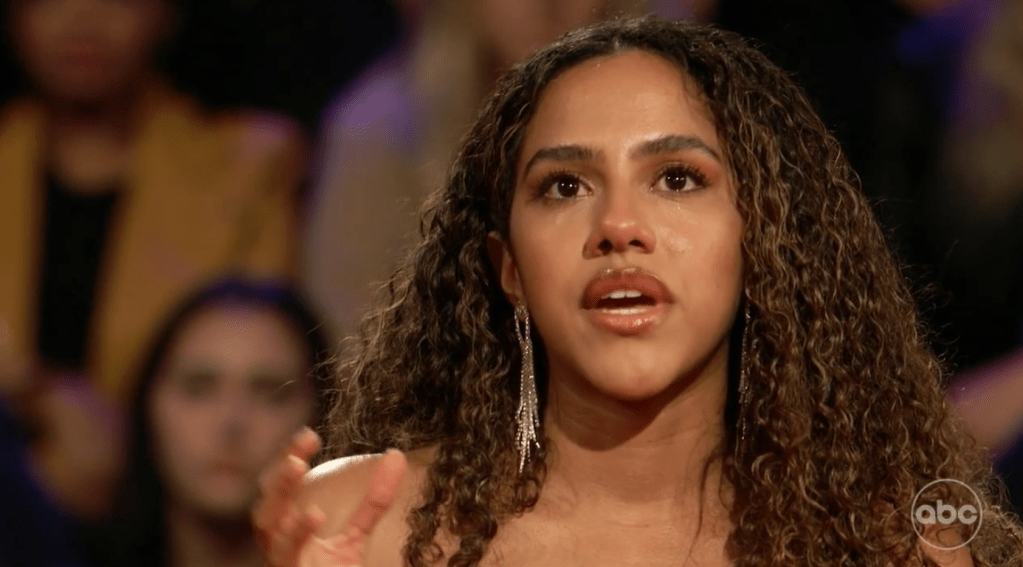 The Women Tell All took a slightly more positive turn when Teddi got her turn in the hot seat. She cried watching her scenes back from throughout the season, but it seems like she has moved on. For once in their lives, the rest of the women were kind and supportive.

But no one was more supportive than Clayton’s brother who apparently slid into her DMs.

This is the tea we wasted two hours of our lives to hear.

Serene Was At the Women Tell All Too 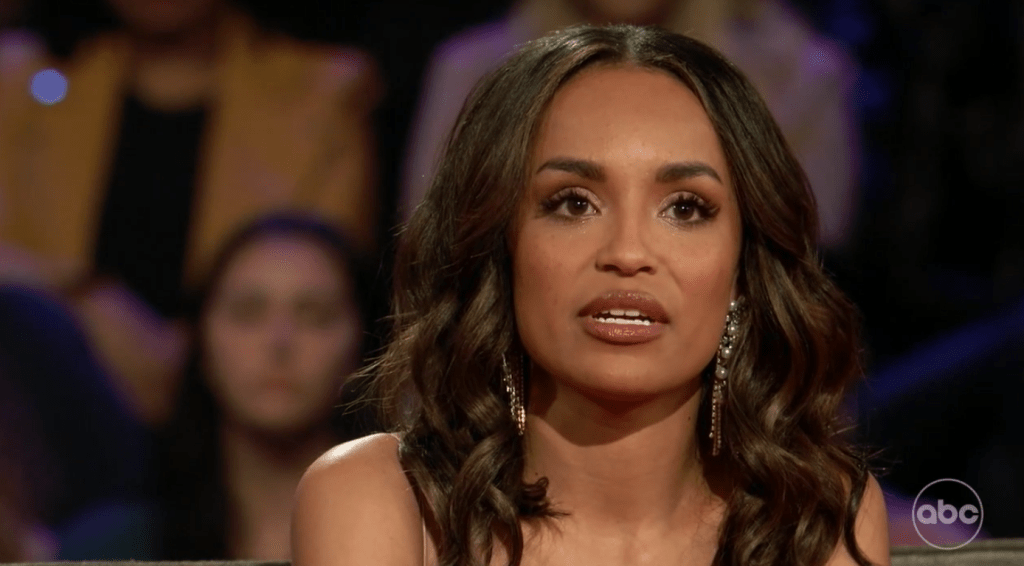 Last up in the hot seat was Serene who really earned her name. She was gorgeous as always, but she’s fine. She’s over Clayton and she’s fine. Kind, but fine.

Usually by the time the Bachelor strolls into the Women Tell All, the women on the stage know what their job is. It’s to be kind and deferential to the lead. They should be emotional but supportive; friendly but still sexually attracted to him. 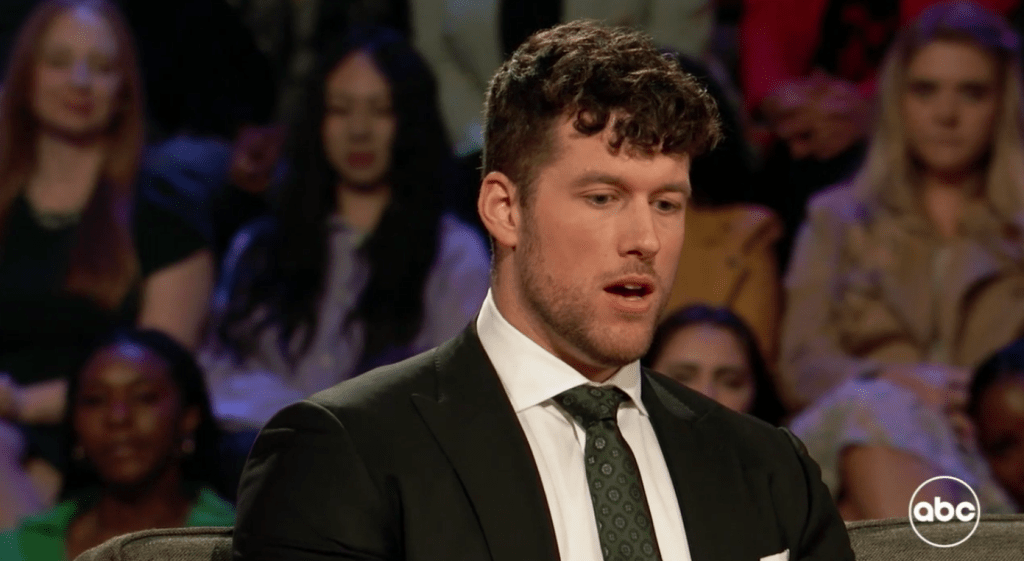 These women despise him.

They hate the way he handled the Shanae and Sarah drama. All of them think he’s weak-willed and easily manipulated. But most importantly, they all got the tea about the end of the season from their fellow castmates and they just want to know what the actual eff is wrong with him.

Clayton took it all like a broken little bird and even I felt sorry for him.

This finale is going to be brutal.

Just wait, there’s more. Tuesday night is fantasy suites and I’ll be back with yet another recap of this horrible, glorious show. Two in one week. We are not worthy.

The Cool Table@thecool_table
1.0K Following 1.0K Followers
@jamiesrule @jamadoria @coolstorymere I know you know this, but I"ve had pixie cuts off and on since 1997 and m*n h… https://t.co/VsXyyN7PpC
1 hour ago
4
@LSULeslie @schizoreads I’ve legit never even heard of this
1 hour ago
@chels__ebooks Yes! Josh O’Connor supremacy! I watched this right after I got obsessed with The Durrells ❤️❤️❤️
1 hour ago
@maria_gb75 Keep him
1 hour ago
@baskinsuns AGREED. I love love loved that as a kid (and vowed to be able to do it so someone would love me)
1 hour ago
1
Archives
Bridgerton, Entertainment, Netflix