I dove into the first two episodes of HBO Max’s ‘And Just Like That’ this weekend. The consummate multi-tasker, I watched while also sewing at my desk, the show as good background noise for my task. (I’m making “I Sleigh” ornaments for Ruby’s teachers, and while Ruby says that’s cringe, I can’t send my kid into school carrying a case of Grey Goose, which is what the teachers really want.)

‘Sex and the City’ 4.0 continues to be very fun to look at, aesthetically. The sets, the clothes, the hair. Hi, baby gorgeous. But as characters, Carrie and company run the gamut from boring to insufferable. Big dies, and Soul Cycle dodges a bullet. Charlotte makes a new friend with big Iris Apfel energy. Miranda is inappropriate both as a white woman and as a parent. And if you came for the sex, turn off the TV and search Nancy Reagan on Twitter instead.

It’s no ‘Succession,’ but it’s fine for what it is, especially when compared to that other show about annoying rich women in New York — ‘The Real Housewives of New York City.’ Here’s to the ladies who lunch . . . (sob, Sondheim).

While a lot of y’all — including some legit EMTs — have complained about Carrie not calling 911 as Big expired in her arms, my biggest quibble is the booze.

The writers are clearly setting up Miranda to be dependent on alcohol. Sure, okay. But my issue is the booze she requests. That booze is Chablis. Takes a sipp . . . ahhhhhhh. Chablis that delicious unoaked white, first planted and produced by monks in Burgundy. Praise be to Catholic Jesus.

Chablis, as a variety, is different enough to make you notice Miranda ordering it. It’s a very specific choice because Chablis is not a wine most bars carry by the glass or the bottle. While Sancerre tried to have its moment, Chablis is fine hanging in the back of the classroom, quietly doing the work. Yes, Miranda’s Steve Brady stocks it as his bar, but assuming the Columbia University local does the same seems like a stretch. Is Michael Patrick King trying to bring a new beverage trend to the zeitgeist? Does he own a vineyard outside Dijon and is trying to make Chablis happen because of capitalism?

Drink what you want 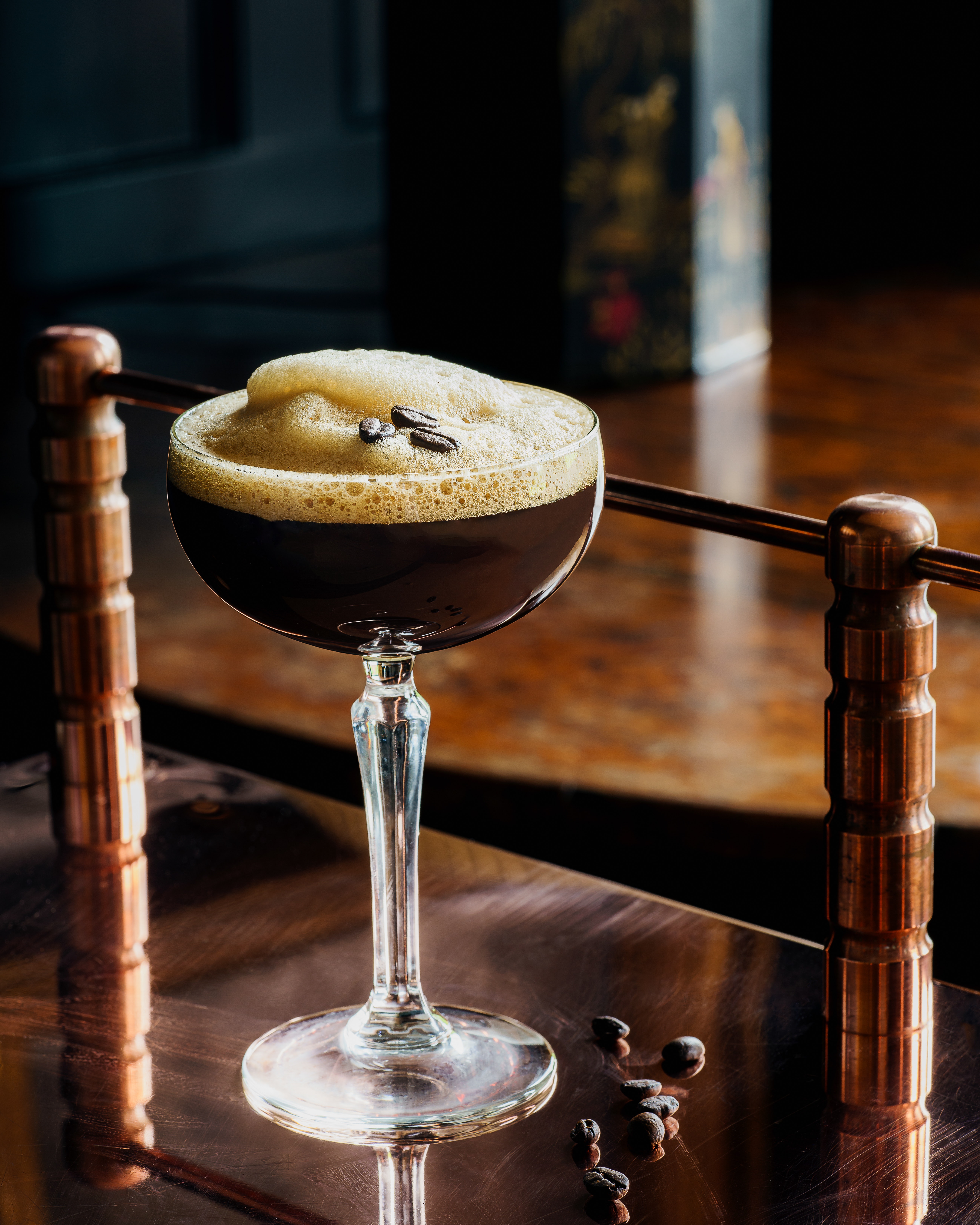 I don’t like to drink shame, especially since we typically only roll our eyes at stuff ladies like to imbibe. When ‘Sex and the City’ brought the Cosmo to new found heights in 1998, it was revolutionary because it gave women permission to stop pretending they liked gin and cigar bars. In fact, the Cosmo is still very much a part of my life since my partner drinks them all the time. He’s French and impervious to any toxic masculinity aversion to pink drinks.

Drinks are like fashion. There is always a trend, waxing or waning. We’ve had shoulder pads and the Long Island Iced Tea. We’ve had Zima — with a splash of grenadine, thank you very much. Manolo Blahnik and the Cosmo. Whispering Angel rosé. The Aperol Spritz was the thing last summer. Or was it the summer of 2019? What is time when you are drunk in a pandemic?

The latest drink trend is the espresso martini, which I noticed when bartenders on Twitter were complaining about having to make them. I also saw everyone on Bravo’s ‘Winter House’ drinking them, so I figured it was a thing. I used to drink espresso martinis all the time here in Newport (RIP Tucker’s on Broadway), so the trend doesn’t feel that new to me. And I say used to drink because one espresso martini after 6 PM will keep me up until sunrise, which here in New England is 3:30 am. What Biden really needs to do is cancel student debt and then immediately move every state north of Connecticut to Atlantic time. But I digress… 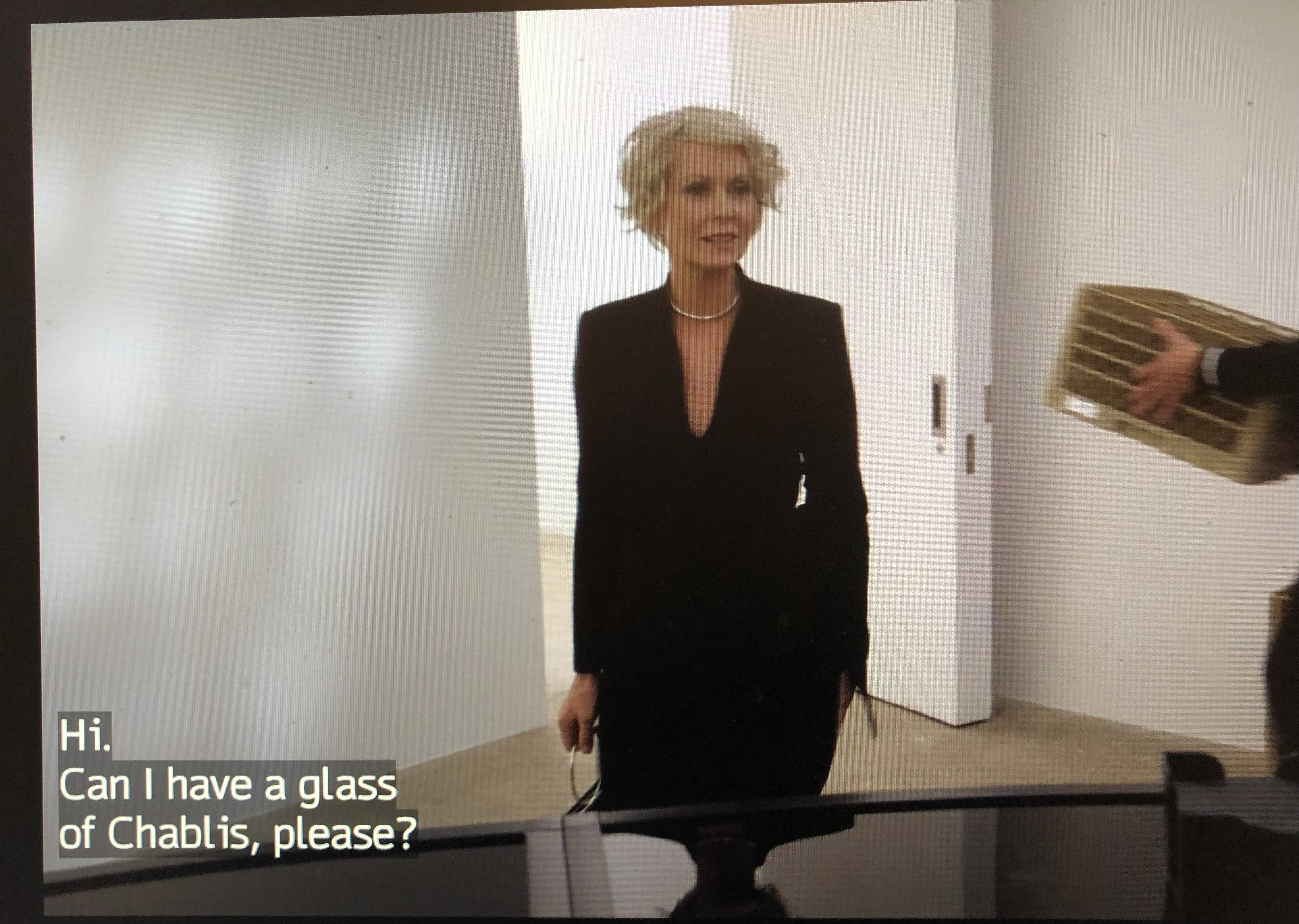 This is about Chablis. I feel like a hypocrite because I’m having a “I was drinking Chablis before it was cool” moment. I know it remains to be seen if Chablis is going to catch on, but I am a worst-case-scenario-Sally.

I’ve been drinking Chablis for years, first falling in love at a local wine and cheese shop tasting. After I begged my liquor store to start carrying Chablis, they now stock two kinds (excess of riches!), right next to the Picpoul de Pinet, in a sea of overly oaked Chardonnay and syrupy Pinot Gris.

For me, that cold white wine with notes of citrus and mineral was a revelation because I had always conflated Chablis with Carol Rossi jug wine. The lady who loves Riunite on ice (so nice!) also loved Chablis. You know what pairs well with Chablis? A caftan. Can confirm.

Is MPK having problematic Miranda order Chablis as dig at women over 50? Is Chablis a joke to him? When Miranda dyes her hear back to red, is her drink order going to change to something more hip? Will she bounce in — finding herself in Feria and on the arm of Che — and order an espresso martini? Is he saying women who drink Chablis are bumbling “woke” women with zero self esteem, causing them to bumble even more? I mean, this is the man who said that queen Candice Bergen — playing an editor at Vogue — had to settle for Wallace Shawn simply because she’s over 50 and successful.

Channeling my inner agog and aghast Charlotte: Chablis is delicious, and I refuse to accept a man’s mockery and metaphor on what I am drinking in peri-menopause. He made a mockery out of Miranda and now I think he’s mocking my drink. I’m not taking that on.

In fact, Chablis for everyone! Even Miranda who sucks.

I never waltz up to the bar and ask for a Chablis, because I know the answer is going to be “we don’t have that.” But maybe now I will. Chablis is now the drink of zero fucks. If you don’t have it, then I’ll have a Paloma instead . . . right after I pop this Benadryl because I am allergic to grapefruit. And if the bartenders want to mock me (Oh, here comes another Miranda!), I don’t care. I tip really well and I don’t hold the table because I’ve got a long-form Jeremy Strong profile waiting for me on my nightstand.

‘And Just Like That’ is streaming now on HBO Max

The Cool Table Has a Podcast Now!@thecool_table
987 Following 936 Followers
@macslandingfive Matt Damon and Ben Affleck are the most miscast men on earth
1 day ago
2
RT @hangoutlander: Have you read Bees? 3/4 of the ladies on this podcast have too. https://t.co/pgnrYazqld
1 day ago
2
@rach_art They are so so SO poorly cast
1 day ago
1
Is The Last Duel the worst movie I’ve ever seen?
2 days ago
2
@kjs3mom2 Here ya go! https://t.co/uQ8dj0KMM2
2 days ago
1
Archives
Books

I Couldn’t Help but Wonder…Do We Need More Sex and the City?

Five Thoughts on The Undoing