It feels like Bachelor Nation has aged 30 years since we last saw Barb roll her eyes at her indecisive son on The Bachelor finale. Reader, it has only been one week.

In that time we’ve had a deluge of breaking news that will undoubtedly change our world forever. Oh sorry for the confusion, yes, we are on the brink of a global apocalypse, but I was talking about all the news you may have missed from Bachelor Nation. Priorities.

Peter and Madison Are Over

This time last week, Peter Weber was reunited with Madison  live on stage at the After the Final Rose taping. Bachelor overlord, Chris Harrison asked if he was still in love with Madison and he said yes – after a very pregnant pause filled with fear of his mother’s retribution. They sorta left the show together, but they didn’t commit to a relationship, he didn’t call her his girlfriend, and neither of them made any press appearances the next morning. Within 48 hours it was confirmed that their relationship was over.

Madison has had spray tans that lasted longer. 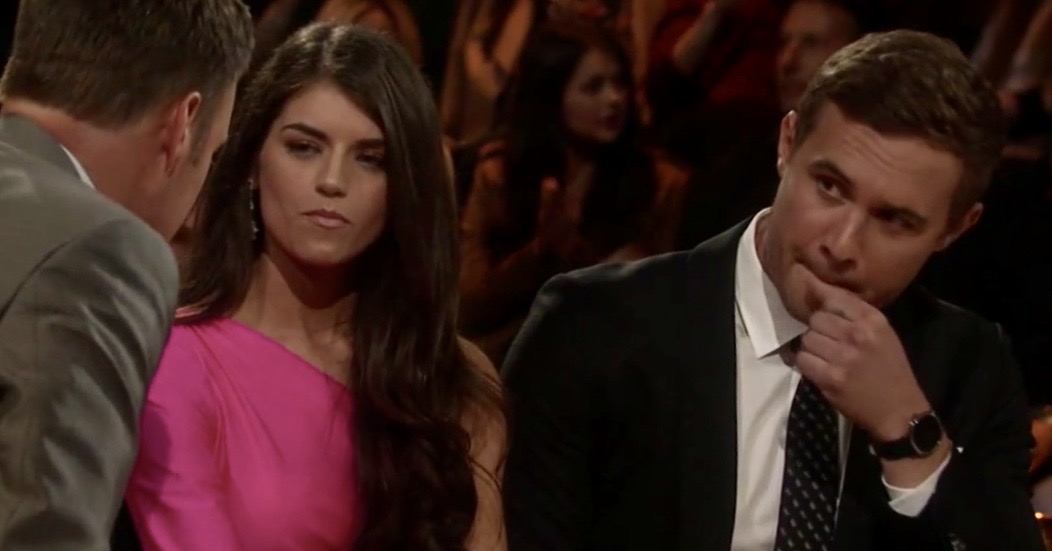 My personal favorite theory is that their reunion was faked for the show, because they needed to give the people the ending they wanted. Sadly, they don’t realize the people (ME!) wanted it to end with a surprise pregnancy and/or confirmation that he hooked up  with attorney Kelly while the show was airing.

Either way, Peter is single and Barb lives to see another day as the queen of her castle.

Madison and Hannah Ann are Thriving

With the weight of having to learn to line dance off their backs, Peter’s exes, Madison and Hannah Ann, are thriving.

When Hannah Ann wasn’t appearing on The Ellen Show talking about her crush on Tyler Cameron, she was hanging out with other models and Patrick Schwarzenegger. She clearly won the narrative of The Bachelor break-up and she’s capitalizing on it perfectly.

Meanwhile, the day the news of their break-up dropped, Madison appeared at the center of pop star Selena Gomez’s Instagram stories. One day she’s half-heartedly dating a pilot and the next she’s at Target with Selena Gomez. Madison is going to be just fine.

Speaking of Tyler Cameron, Hannah Brown was spotted with him in Florida this weekend. I know, I can’t get over it either. It’s rumored that the two reconnected after the tragic death of his mother. They’ve been spotted together at shopping malls, looking super hot on a boat, and at an airport. It’s absolutely possible that they’re just friends, but everyone in Bachelor Nation needs a fantasy in these dark times.

The Bachelorette is Postponed

It turns out Hannah Brown may be the last Bachelorette for a while. Production of Clare Crawley’s season of The Bachelorette has been postponed due to the corona virus global pandemic. No new start date has been released at this time.

Poor Clare Crawley can’t catch a break. First she had to date Juan Pablo, then they made it look like she talked to raccoons in Paradise and on top of that she got guilted into accepting a proposal from that French-Canadian guy during Winter Games. Now this? My only hope is that they’ll take this opportunity to recast the men for her season. Certainly there will be plenty of eligible, age-appropriate, men out of work by the time this pandemic is over.

The Bachelor Presents: Listen to Your Heart

With The Bachelorette postponed, it’s safe to assume that Bachelor Summer Games and Bachelor in Paradise will be postponed or cancelled also.

Please pause in a moment of silence for our Monday nights.

I can’t believe they’re going to talk me into watching their singing/dating competition. Listen, beggars can’t be choosers. We will watch The Bachelor Presents: Listen to Your Heart when it premieres on April 13th and we will be appreciative.

JK, we’ll make fun of it in memes to feel better about our self-isolated lives.

That’s everything you missed in Bachelor Nation this week. Did you think Peter and Madison would last longer than 48 hours? Will Clare ever fall in love on this show? Did Tyler and Hannah get back together? Let’s talk in the comments. There’s literally nothing else to do.

The Cool Table@thecool_table
1.0K Following 1.0K Followers
@jamiesrule @jamadoria @coolstorymere I know you know this, but I"ve had pixie cuts off and on since 1997 and m*n h… https://t.co/VsXyyN7PpC
2 hours ago
4
@LSULeslie @schizoreads I’ve legit never even heard of this
1 hour ago
@chels__ebooks Yes! Josh O’Connor supremacy! I watched this right after I got obsessed with The Durrells ❤️❤️❤️
1 hour ago
@maria_gb75 Keep him
1 hour ago
@baskinsuns AGREED. I love love loved that as a kid (and vowed to be able to do it so someone would love me)
1 hour ago
1
Archives
Books, Romance

4 Irish Romances to spice up your St Patrick’s Day