In the pilot episode of Abbott Elementary (ABC, Hulu), a second grader relieves himself on his classroom rug because he “had to go and the toilets don’t work!” After asking what his Plan B was, his exasperated teacher, Miss Teagues (Quinta Brunson), tosses the tinkle-soiled rug and then spends the rest of the episode trying to replace it with a new one.

Kids need a reading-time rug; it’s a calming space. “Like a Xanax! Like a huge Xanax for the kids to sit on.” But unfortunately, the school and district higher-ups do not have the funds or the fucks to give for new rugs, so Miss Teagues begins her epic quest. To the HomeGoods!

As a Nation, We Pee on Public Education

And if I know one thing as a parent, homeowner, voter, and taxpayer, it’s that America does not give a single shit about appropriately funding our schools and public education. 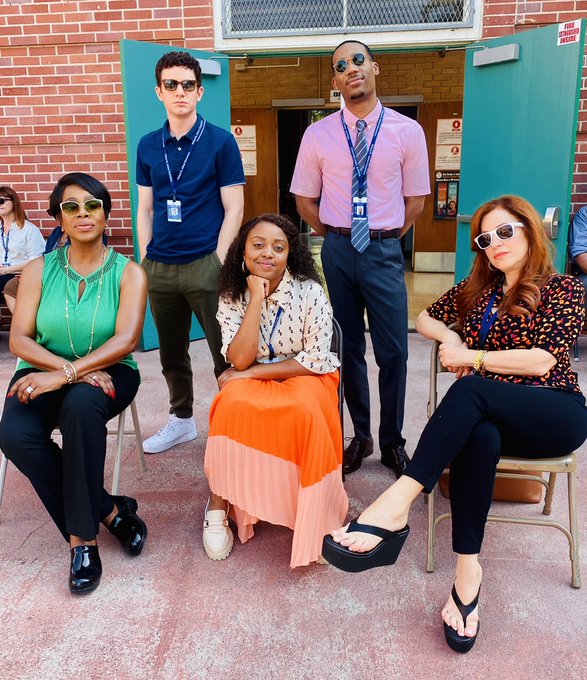 It’s that lack of money that acts as the through-line of the hilarious Abbott Elementary, a docu-style workplace comedy about an inner-city Philadelphia K-5, filled with nearly all black and brown kids. The building struggles to be warm, safe, and dry. Administration couldn’t care less. And the teachers? they don’t make enough money for this shit. And yet, it’s the teachers who show up every day, trying to keep these kids alive with a side of learning.

Philly native Quinta Brunson has created a show with such heart and laugh-out-loud moments, while tackling a big subject matter . . .  without being strident or annoying. Looking at you, Don’t Look Up.

If you only watch shows by reference, we could most easily compare Brunson’s Miss Teagues to Amy Poehler’s Leslie Knope (Parks and Rec). She is an earnest, government employee doing the best she can, in spite of the insanity and the insane around her. The insanity includes a young white guy teacher who quotes Ta-Nehesi Coates, a maintenance engineer who loves Boyz II Men, and a principal-cum-doomsday prepper. 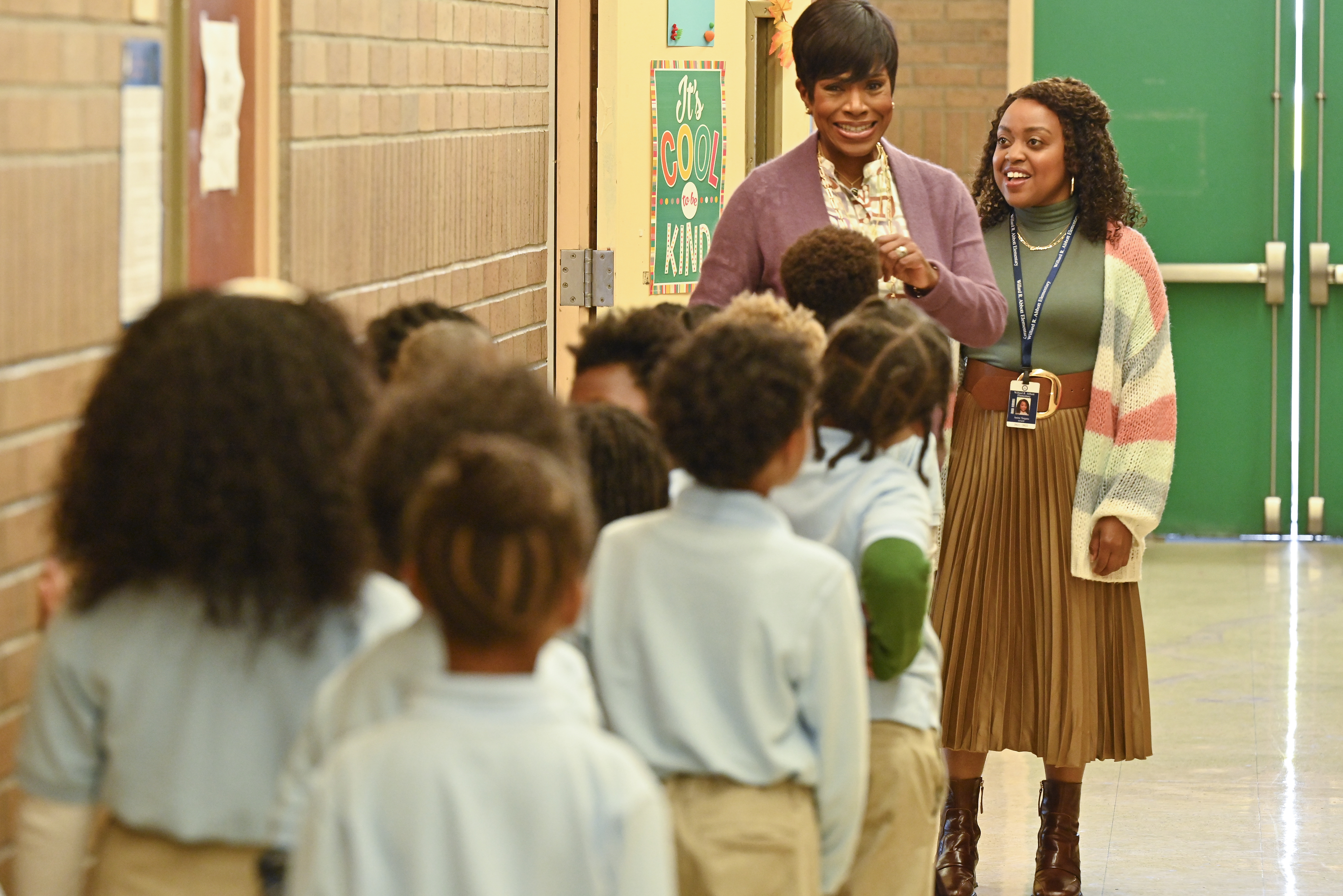 I know ships are meant for love stories, but I’m shipping Miss Teagues and her fellow teacher, Mrs. Howard, in a mentor/mentee kind of way. Kindergarten teacher Mrs. Howard — self-described woman of God — is played by original Dreamgirl Sheryl Lee Ralph, whom I have adored since she was the fabulous fine-dining waitress Ginger St. James on It’s a Living. The 80s had some good shit, y’all.

When Miss Teagues is blasting Baby Shark for her second graders, Mrs. Howard bursts in, demanding she turn it off because the song is distracting her own students. Why? Because Baby Shark is “like ‘Back That Ass Up‘ for kids.” Lord, someone with talent please do a re-mix of this!

Spoiler: Miss Teague eventually gets her new rug because colleague Mrs. Walters — proud Italian from South Philly — “knows a guy who knows a guy” who is working on the multi-million dollar renovation to Lincoln Financial Field down the street. Brand new rugs with Philadelphia Eagles logos arrive at Abbott from the back of the van (natch).

Cities and towns find money for what they want, and what they want is rarely focused on public education. Our town recently received some federal government funds (we did it, Joe!), and the town polled residents on how we want the city to spend the money. Choices included housing, open spaces, and publics safety — aka police. Public education was not even a choice. So when answering the poll, I used the “other” space to type, “Public education, you myopic misers.” 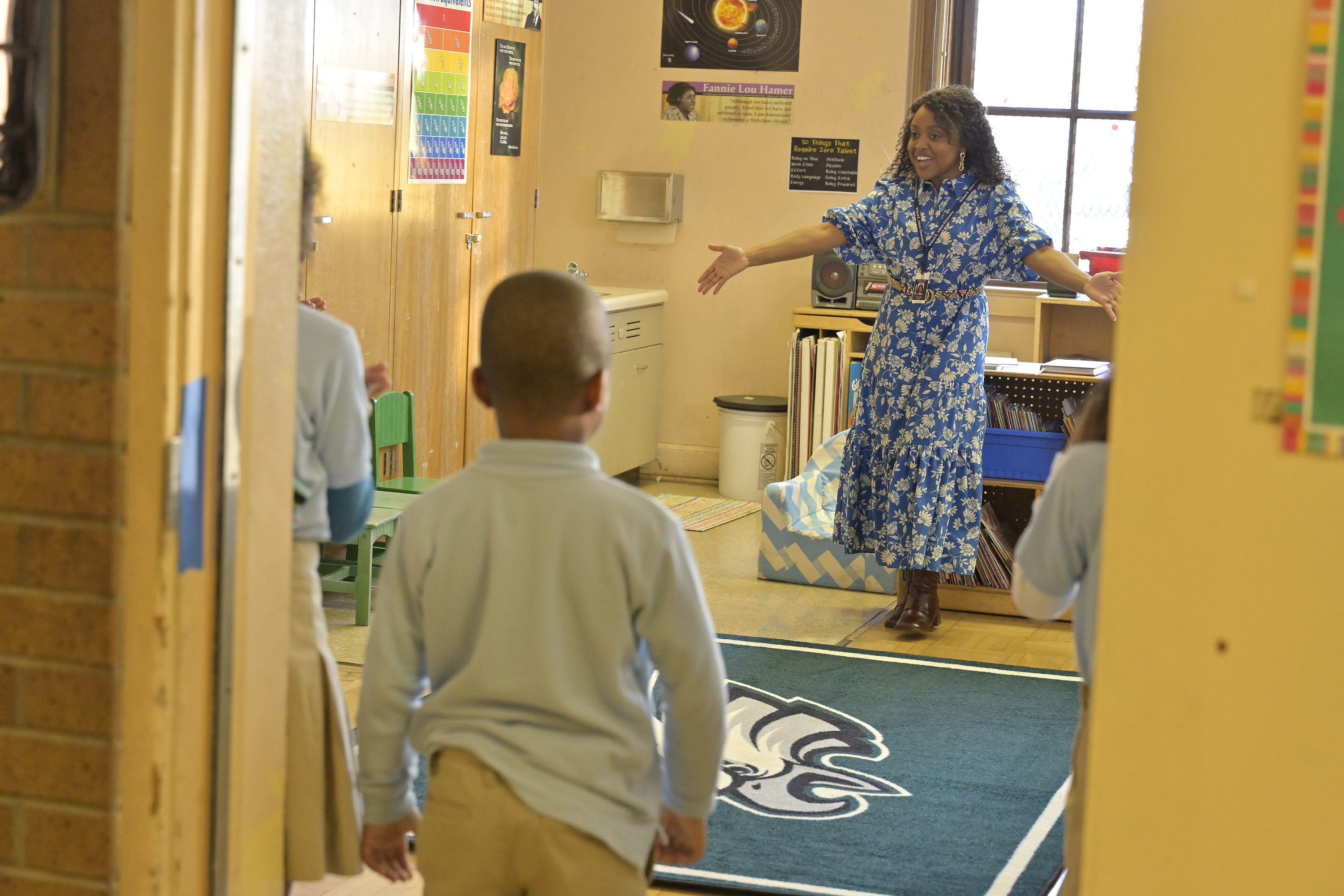 Teachers at a school like Abbott, we have to be able to do it all. We are admin. We are social workers. We are therapists. We are second parents. Hell, sometimes even we’re even first. Why? It sho ain’t the money. – Mrs. Howard

The most infuriating part of the pilot is when Mrs. Walters says she could make more money working the street. No judgment on sex work. This is a judgment on educator compensation, because Mrs. Walters goes on: “We do this because we’re supposed to. It’s a calling.” (Amy flings her remote against the wall!)

It might be a calling, but that’s the lie we Americans tell ourselves in order to not pay teachers their worth. I don’t care if the Lord Jesus Christ came down, touched them on the face and said, “Go ye therefore into all classrooms.” We still must pay teachers what they deserve. Work but might a calling, but it’s still work.

We still must fund schools properly with supplies and current furniture/fixtures/equipment. America needs to look into its soul and figure out why it prefers products from Lockheed Martin Corporation instead of those from the Dixon Ticonderoga Company. We ask kids every morning, in their home rooms, to stand and pledge allegiance to the flag, to a county that elected Ted Cruz (!), to a country that does not care about its children and the people who educate them.

And I realize as I type this, I sound so naïve and dumb. I’m not just pissing on the reading-time rug in Miss Teagues’ classroom; I’m pissing into the wind. Gah! I’m so mad now. Let’s go wreck some shit*! For the kids. Always for the kids.

Watch Abbott Elementary on Tuesdays (9 EST) on ABC, or stream anytime on Hulu

The Cool Table Has a Podcast Now!@thecool_table
987 Following 936 Followers
@macslandingfive Matt Damon and Ben Affleck are the most miscast men on earth
1 day ago
2
RT @hangoutlander: Have you read Bees? 3/4 of the ladies on this podcast have too. https://t.co/pgnrYazqld
1 day ago
2
@rach_art They are so so SO poorly cast
1 day ago
1
Is The Last Duel the worst movie I’ve ever seen?
2 days ago
2
@kjs3mom2 Here ya go! https://t.co/uQ8dj0KMM2
2 days ago
1
Archives
Book Club, Books, Outlander