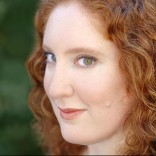 Andee is a teacher and musician in New York who…

It’s no secret New Yorkers can feel a slight superiority, living in one of the greatest cities in the world. Anything we want is at our doorstep at almost every minute. Sure, it smells terrible in the summer. There are too many people and too much traffic and never a train when you need it. But mostly it’s great.

And when you’re a theatre (spelled the British way, because I like to be pretentious) nerd, one of the best things about NYC is the easy access to some of the greatest theatre in the world, especially when a show just so happens to star a celebrity you’ve lusted after on screen for years.

And so as a tribute to all the gloriously good-looking celebrities I’ve seen just a few feet in front of me, here’s my ongoing series about the extra-talented people that I got to see be extra-talented in person (and on stage in Shakespeare).

Note: I’ve always been a theatre fan, so it’s not always about the celebrities. But … mostly it was. Sometimes I stood at the stage door so I could fangirl all over them like the stereotypical, middle-aged lady fan I am. Sometimes, not. When I was prepping this article, I starting writing a list of all the wonderful actors I’ve seen live, and it ended up being far longer than I anticipated, so I’m breaking it up, folks. This first installment is simply PART ONE.

Shakespeare is the crown jewel of theatrical aspirations for most actors. If you want to prove your chops, you head to Broadway in a starry Shakespearean play, where you can dig in to the heightened language and show everyone what a MAHvelous ac-TOR you are.

I get it. I love Shakespeare. If you’re an actor who can make Shakespeare accessible for the average person, it’s an achievement. So if you’re a classically trained actor itching to get back to your theatre school roots, you do the Bard.

Every summer, the Public Theatre puts on free Shakespeare in Central Park, and they often find the starriest of stars to do it. You used to have to sleep out overnight to get tickets. Once they switched to an online lottery, tickets were more accessible but difficult to get in a different way: loads more people were interested. I still haven’t seen any free Shakespeare in the Park.

What I have seen is a lot of Hamlets. It’s a role that almost everyone wants to play. The three I’ve seen live are Liev Schreiber (in 1999!), Jude Law, and Oscar Isaac (note: as if that wasn’t eye candy enough, Keegan Michael-Key was also in this production).

Liev was as intense a Hamlet as you’ve ever seen. It was a long time ago but I’ll never forget the final scene he had with Ophelia before she killed herself.

Jude Law, while handsome, was an athletic Hamlet. I remember him jumping around quite a lot.

But Oscar. Oh, Oscar. Let me start by saying this production was one of the more unusual productions of Shakespeare I’ve ever seen. At the point where Ophelia drowns, she laid on the ground while a hose spewed water over and under her on the carpeted and dirt-covered stage. All I could honestly think about was: 1) Who cleans up all the mud and water? and 2) How on earth does this theatre not smell like mildew?

As it was a small space, every seat was close. And Oscar Isaac spent at LEAST twenty minutes walking around in just his black briefs. I was seated in Row A. The experience of watching Oscar Isaac nearly naked about five feet in front of me took me to a level of transcendence that I can’t really describe. I tried to find photos, but only illegal theatre ninjas have them. Doesn’t matter. The image of a mostly naked Oscar Isaac will live forever in my mind’s eye.

A few years ago New York Theatre Workshop did a production of Othello (directed by Sam Gold, who also directed Oscar Isaac in Hamlet) starring David Oyelowo as Othello and Daniel Craig as Iago. Finn “Dear God why is he so pretty” Wittrock played Cassius. For the record, this production also starred Rachel Brosnahan as Desdemona, and because I am an idiot, I actually forgot. I only found out when I was doing research for this article. Oops.

This production was also off-Broadway, and we sat on the equivalent of wooden stadium bleachers that they had built into the playing space. They stood in front of us. They climbed the stairs and stood next to us. Daniel Craig stood right next to me. Steps away. I’m still recovering. I can confirm that all of these people are far more beautiful up close. It’s been three years and every time I think about it, I know I’ve taken the wrong message from this tragedy.

But around ten years ago Sir Patrick Stewart was in a totally creepy production set in a weird, Stalin-esque Russia. The witches were face-masked nurses. They rapped. It was everything you dreamed it would be and more. It’s the reason people go to live theatre.

Stewart was wonderful, but Kate Fleetwood as Lady Macbeth was even better. The concept was great. The acting was great. And the act one finale, when Macbeth sees Banquo’s ghost, was one of the most amazing things I’ve ever seen live. And get excited, guys. You can watch this production online. It isn’t live, but if you have any interest in Shakespeare at all, get thee to Amazon Prime Video and rent it. If you have the PBS add-on, it’s already included!

I saw David Tennant in the Royal Shakespeare Company’s production of Richard II at the Brooklyn Academy of Music. He was great. Not my favorite play, but I still enjoyed it.

Cymbeline had Jonathan Cake, Martha Plimpton and Phylicia Rashad! For some reason Cake often ends up shirtless in his Shakespeare outings onstage and frankly, I ain’t sorry. I’ve seen Al Pacino in The Merchant of Venice.

I’m cheating a bit on my own premise: I lived in London for a bit, and saw As You Like It starring Helen McCrory as Rosalind, Sienna Miller as Celia (the same summer Jude Law was caught cheating with the nanny), and Dominic West as Orlando.

There isn’t any Shakespeare on my radar in 2020. We’ll see what happens with Shakespeare in the Park for the summer is announced. Shakespeare might be bougie, but good actors make anything accessible. The other actors in these productions, while not film & tv stars, were outstanding actors. When you go see a show like this, the name over the title might be the draw, but you love the production when all the actors make it work together. And Oscar Isaac in briefs ain’t too bad either.

What has been your best Shakespeare on stage experience? 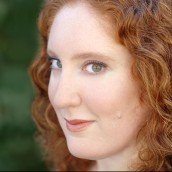 Andee is a teacher and musician in New York who is obsessed with tv. She loves reading, fantasy, Renaissance Faires, Star Wars, and choirs. She’s also a one-time viral video star.

The Cool Table Has a Podcast Now!@thecool_table
1.0K Following 1.0K Followers
@BlessAmysHeart @aliciafromashes @hangoutlander They are some of my favorites. All throuples. All hot. All ridiculous
6 hours ago
2
I read A Restless Truth a couple months ago and still think about it. Magical, murderous mayhem on an inescapable l… https://t.co/B4Xr0X4DQk
1 day ago
1
@coolstorymere It boggles
1 day ago
2
The thing that bothers me to MOST about this is that yall reminded me that the try guys exist
1 day ago
3
@JenReadsRomance Parenthetical.
3 days ago
1
Archives
TV

The Latest Updates from The Lord of the Rings TV Series