Unsolicited Advice for the Cast of The Bachelor

Back in the fecund spring, my friends and I threw a Game of Thrones finale viewing party. The snacks were great! Have you ever tried chocolate hummus on pretzels? Hot damn, so good.

The show? Was bad. But if you were a human person alive in the month of May 2019, you knew this already.

I love lightly tapping a dead horse dragon, so let me say that the Game of Thrones finale was so dumb and so contrived, that I almost can’t be mad at it. David Benioff and DB Weiss tried it and flubbed it with such gusto, forever souring a TV fandom that could have gone on in perpetuity, like those for Star Wars, Steven Universe, or LOST. I hear, “Not Penny’s boat,” and I think, “Chahhhhlie!” I hear “What do we say to the god of death?” and think, “That show’s ending sucked.”

The previous seasons —  running the gamut from decent to excellent — existed because of George RR Martin’s existing text, and it became obvious that once Benioff/Weiss ran out of his source material, they were doomed to fail. They have confirmed as much during an Austin Film Festival panel in October.

I pay $14.99 for my HBO Now subscription. While my viewing choices are infinite, my time is limited so I need the TV I choose to be very satisfying. Yes, I could just sit around and watch power-washing videos on YouTube  – because I have – but I’m paying for HBO to be a gatekeeper for me. It’s why I don’t read self-published anything.

HBO, I trusted you! Get out of my bed.

And then I started to thaw…

My immediate anger at HBO started to melt with Chernobyl. This is not a pun (okay, it’s a pun). Chernobyl checked all my nerdy boxes: bureaucracy, true-crime, 1986, the Soviet Union. Craig Mazin’s clever script is filled with so much information and yet he keeps it tense and clipping along. I ate that show up, along with each official podcast episode hosted by NPR’s Peter Sagal. And during my last outing to the local Barnes & Nobles, I bought Midnight in Chernobyl by The New Yorker’s Adam Higginbotham because I am still not sated on this story. 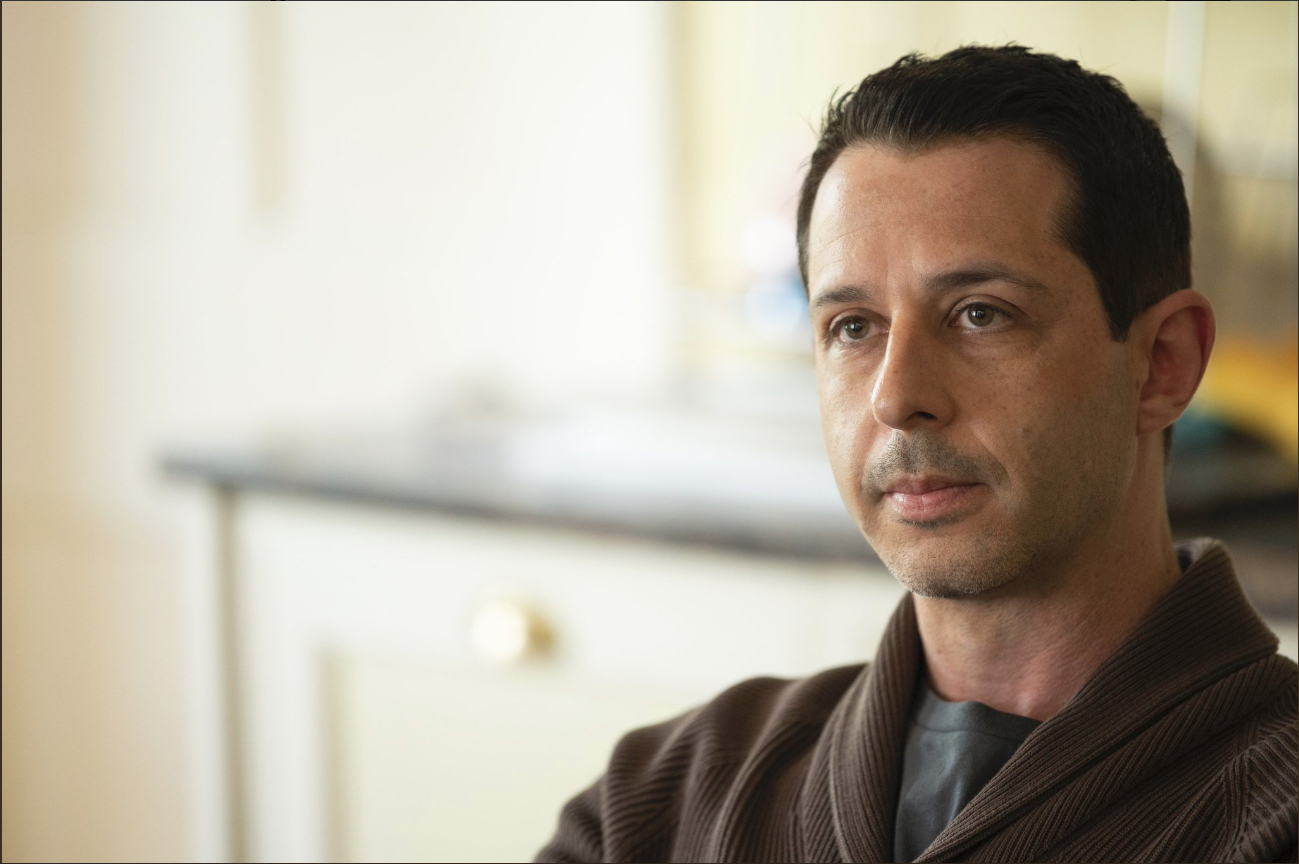 Then the second season of Succession arrived, and it felt like HBO was acknowledging they had wronged me and were actively trying to assuage my anger. The title tells you the basic premise of the show: who in the family will succeed Logan Roy at his right-wing media company after his debilitating stroke? The show runs on craven absurdity, like Dallas made love to Lemony Snicket’s A Series of Unfortunate Events. The Roy children are bumbling schemers, and if they hadn’t been born into this family, they’d all be working for McKinsey or as CFO for an essential oil MLM in the mountains of Utah.

Some critics have said you kinda hate everyone on the show, but you are a big fat liar if you are not pulling for Kendall, the forsaken, coke-head son. Example: In the first season, Kendall takes one of his Fox New-sy anchors to a charity event, and when he is horrified and sputtering that she felt she had to attend and sleep with him for job security, I was all in on Kendall. Yes, the bar is that low.

When someone shows you who they are, believe them. Kendall will go down on you, he will clean your bathroom, and he will dance at weddings. Team Kendall.

The Succession season two finale — written by the show’s creator Jesse Armstrong — had us waiting for Logan Roy to sacrifice someone in the family for the misdeeds of his media company, Waystar-Royco. Who would it be? It’s Kendall, right? It must be manslaughtering Kendall, assuming karma works in the Succession universe. But Kendall has been watching RuPaul’s Drag Race, and in the final scene, he faces the cameras to lip sync for his life. “Not today, Satan, not today.”

Season three should premier in late summer of 2020, a welcome distraction for the hellscape election that is coming.

You can come back to bed, HBO

I tuned into Watchmen because Don Johnson is in it. Mr. Johnson and his bare ankles were a formative part of my middle school years, and the producers were smart to feature him heavily in the show’s previews because he has aged like UNF. I came for Sonny Crocket (this is definitely a pun), and I stayed for everything else in this crazy show.

Watchmen continues Alan Moore’s story, told in his 1986 DC Comic graphic novel — something I was vaguely familiar with, especially the part about Dr. Manhattan walking around nekkid with his blue dick swinging to and fro. 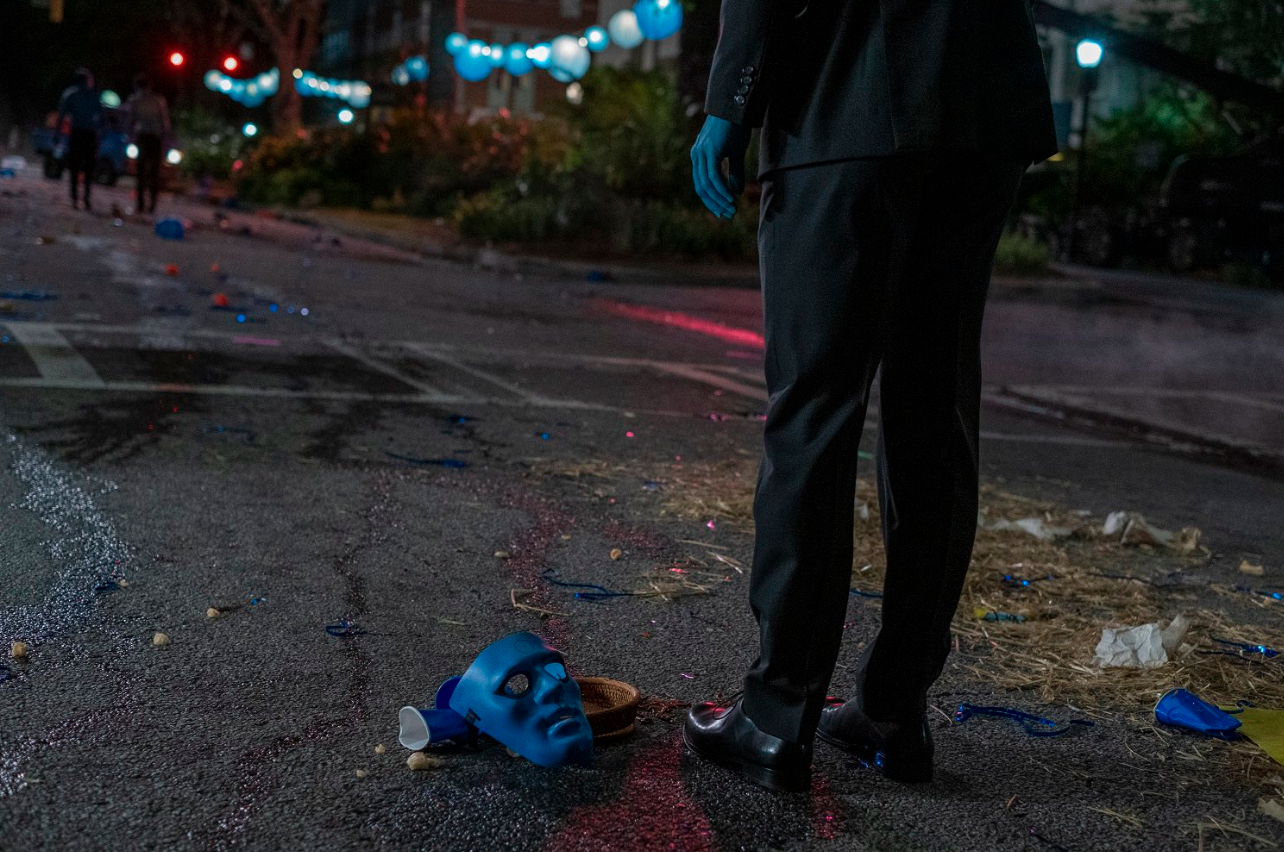 I think the writers found inspiration in those bumper stickers seen in Austin, Texas, because they do a great job keeping Watchmen weird. We have Robert Redford as the President, masked cops, baby squid falling from the sky, pharmaceuticals that hold memories, and a guy doing his best Frozone impersonation, aka Lube Man. Honey! Where is my supersuit!

Yet for all the kooky fun of this alternate universe, Watchmen is a show about “big stuff.” Inspired by the writing of Ta-Nehisi Coates, Watchmen tackles the uncomfortable topic of racism — past and present—, and it plays with the theory of reparations and generational trauma, how we carry the pain of ancestors in our genetic code. We don’t just inherit our parents eye color; our brain and viscera is built with the terrible shit they had to endure. And of course, these injuries place a specific and great stress on black people in America, including the one in Tulsa, where the show is set.

I didn’t know I had a LOST-shaped hole in my heart until Damon Lindelof filled it with this show. Even when it ventures into the absurd — and it does almost every time Adrian Veidt is onscreen —, I trust the creatives here. Or maybe I trust Jean Smart, knowing she wouldn’t attach herself to a show that’s not going to nail the landing.

Where Benioff/Weiss belly-flopped off the high dive, Lindelof & company enter the water with a perfect 10. Category is…Greg Louganis, Seoul ’88. In the first episode of Watchmen, Don Johnson sings “People Will Say We’re in Love” from Oklahoma. In the last episode, the cast recording of “Oh, What a Beautiful Morning” plays as Regina King walks through carnage. What perfect bookends.

The Cool Table Has a Podcast Now!@thecool_table
1.0K Following 987 Followers
Who's watching with me? Gonna start at 1:00pm CST #HarryandMeghanNetflix https://t.co/Wz5n31uLCR
3 hours ago
3
@deannareads I'll go down with the ship that Bloodmarked didnt have a fair shake bc of its release date
3 hours ago
I made an aesthetic thing and it took a minute and it's doing TERRIBLY. LOL FOREVER https://t.co/7nYkJ9vMo0
3 hours ago
@baskinsuns @pagemelt I've never seen any good discussions or good insight come out of bookstagram. They almost alw… https://t.co/51anLn7rxo
3 hours ago
2
Can’t wait https://t.co/dMqJEWhOVR
5 hours ago
2
Archives
Book List, book review, Books

Unsolicited Advice for the Cast of The Bachelor

Solving Mare of Easttown Via Podcast