Somehow it’s already hometown dates week on The Bachelorette which can only mean one thing: some unsuspecting family member who didn’t sign up for this is going to become a meme.

Oh, and Rachel and Gabby will hand out flowers to their potential future mothers-in-law and then proceed to get grilled about their intentions for two hours.

They intend to take your son to the fantasy suite and get a contract with Revolve, okay, Susan?

We have seven hometown dates to get through and only two precious hours of our lives to watch them so the episode jumped immediately to the good stuff. 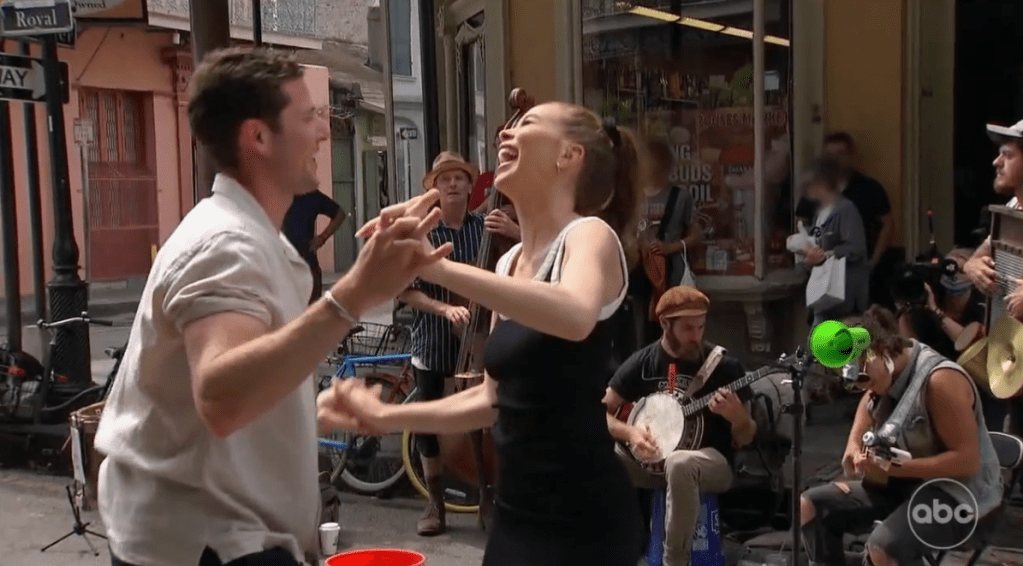 Or at least it jumped immediately to Jason, the boring but cute 30-year-old investment banker who met Gabby in his hometown of New Orleans. They spent their day dancing awkwardly with arms akimbo in the street and tossing Mardi Gras beads at unsuspecting tourists from a balcony. Then Gabby asked an elderly man on the street to flash her.

Jason’s parents are separated so they met his sweet dad in a park before seeing his mom and sister that night. Both introductions went well with everyone loving Gabby and me wondering why Jason is the only person in his family without a discernable personality. 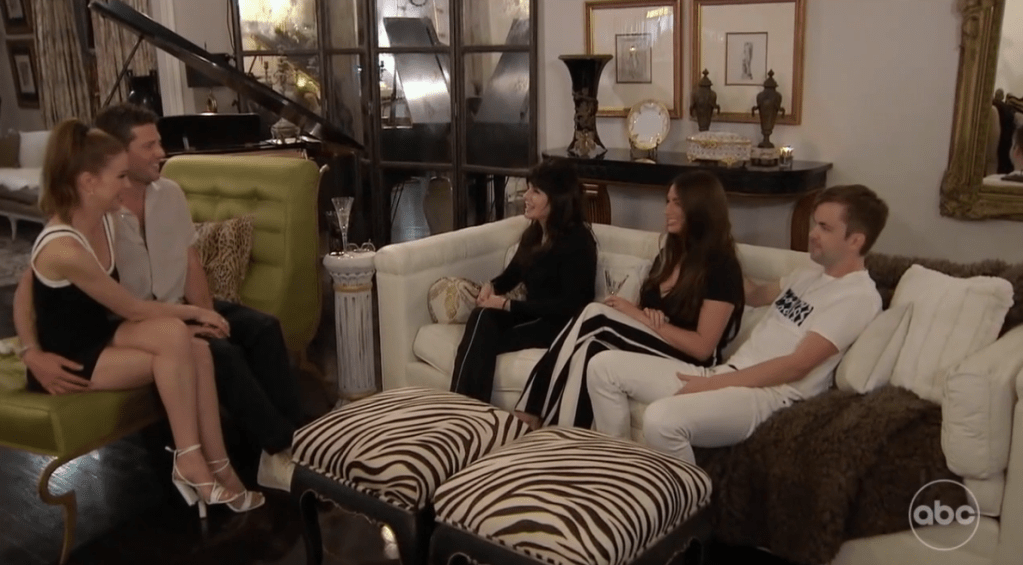 The only red flag of the day was when Jason told his mom that he has no intention of getting engaged in two weeks. That could be bad news for Gabby who confessed in an interview that she’s falling for Jason.

Rachel kicked off her week of hometown dates in Anaheim with Zach the 25-year-old Tech Executive. I’m going to need someone to run a background check on that job title for me.

Zach took Rachel on a bicycle ride around Anaheim and then they watched airplanes take off from a rooftop bench in a call-back to their first date. The vibes were good and the kissing was nonstop. 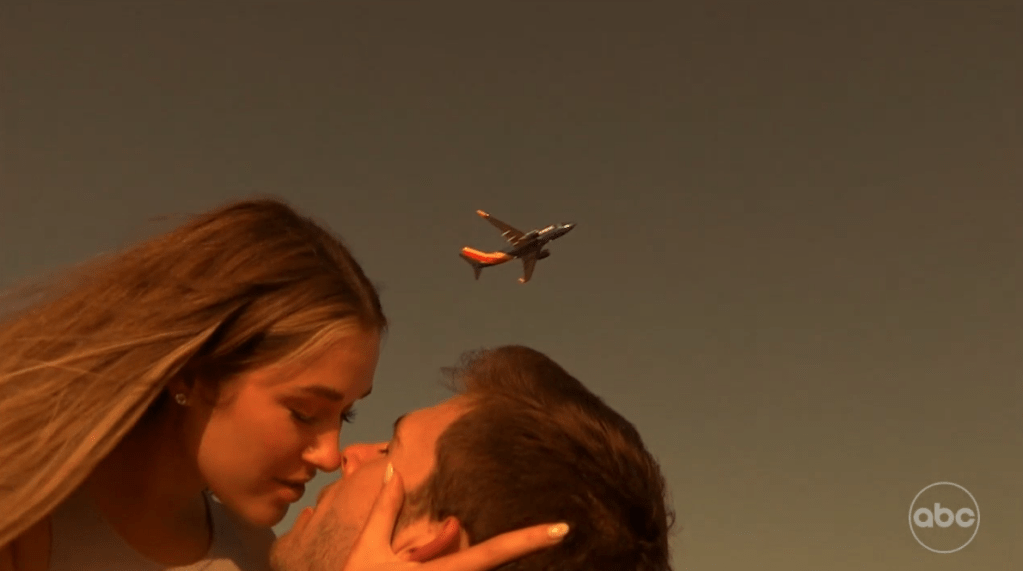 That night Zach introduced Rachel to his family who all loved her. Then they sat down as a family to watch a sizzle reel of them making out in that random hot tub in Amsterdam.

Before she left for her next hometown, Zach told Rachel that he was in love with her, but who cares because did I forget to mention that actor Patrick Warburton was on this date? 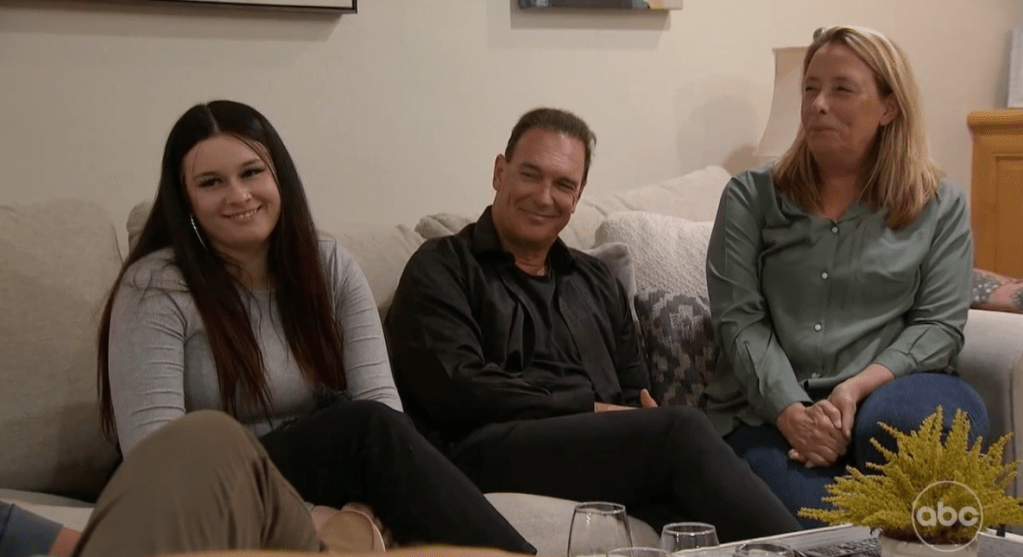 We’re switching back to Gabby who is now in Palm Beach, Florida meeting Johnny the 25-year-old realtor. 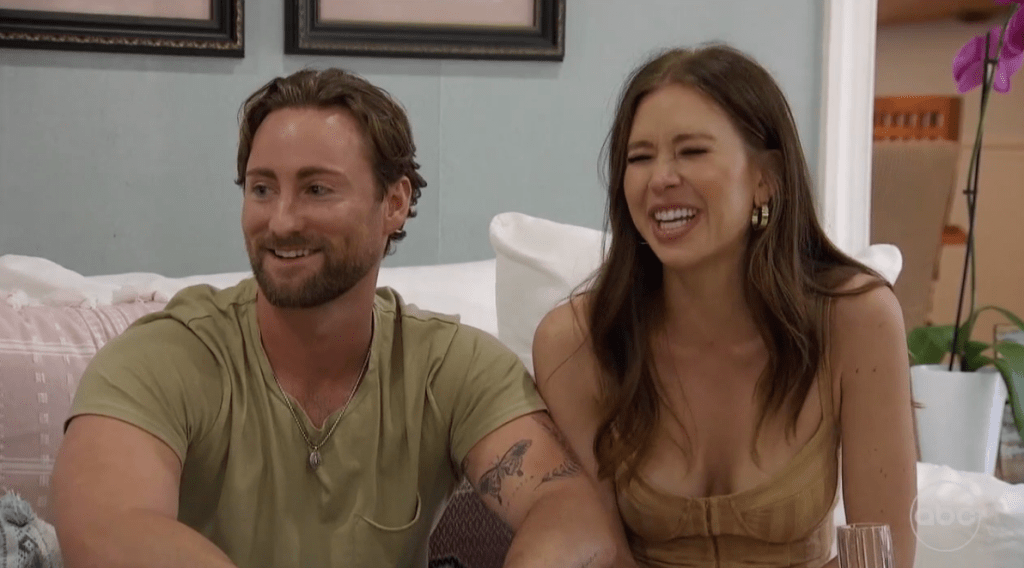 Gabby always seems like she’s having the most fun with Johnny. While Johnny always gives off the vibe that he has no idea how he ended up there, but he’s willing to roll with it. 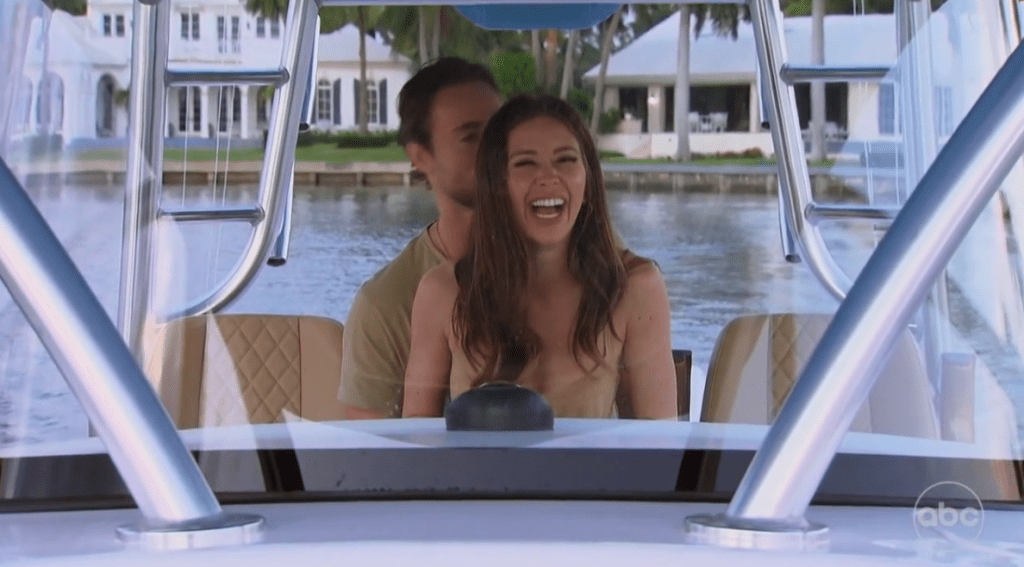 His family loved her and they enjoyed a romantic sunset cruise after family time. However, don’t get too excited because Johnny, like Jason, also told his mom that he’s not ready to get married.

That’s 2 for 2, Gabby. Things are not looking good. 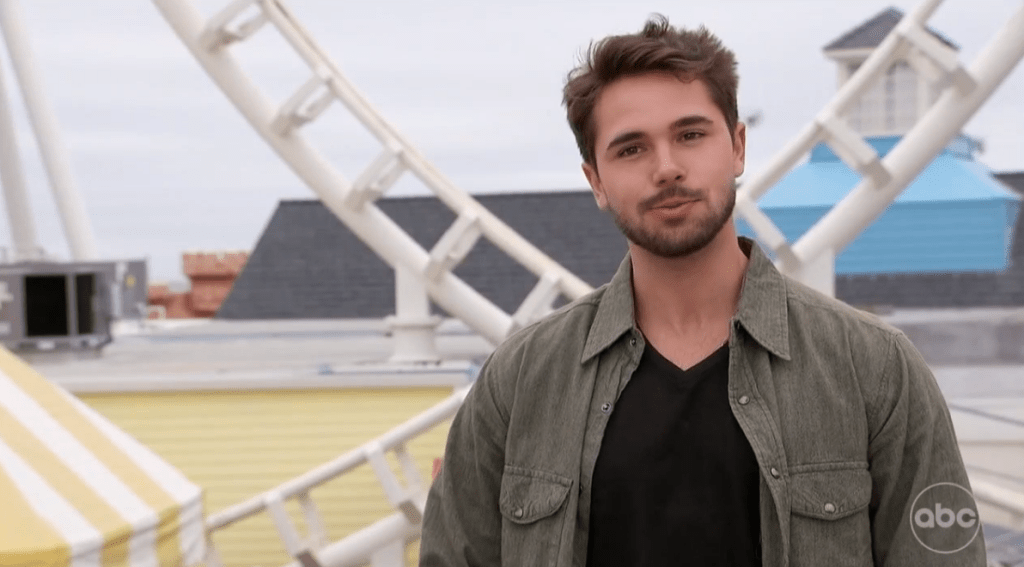 A day on the boardwalk in Wildwood, New Jersey was next up for Rachel and Tyler. Tyler is a 25-year-old small business owner whom we know basically nothing about because there are too many Bachelorettes on this season. 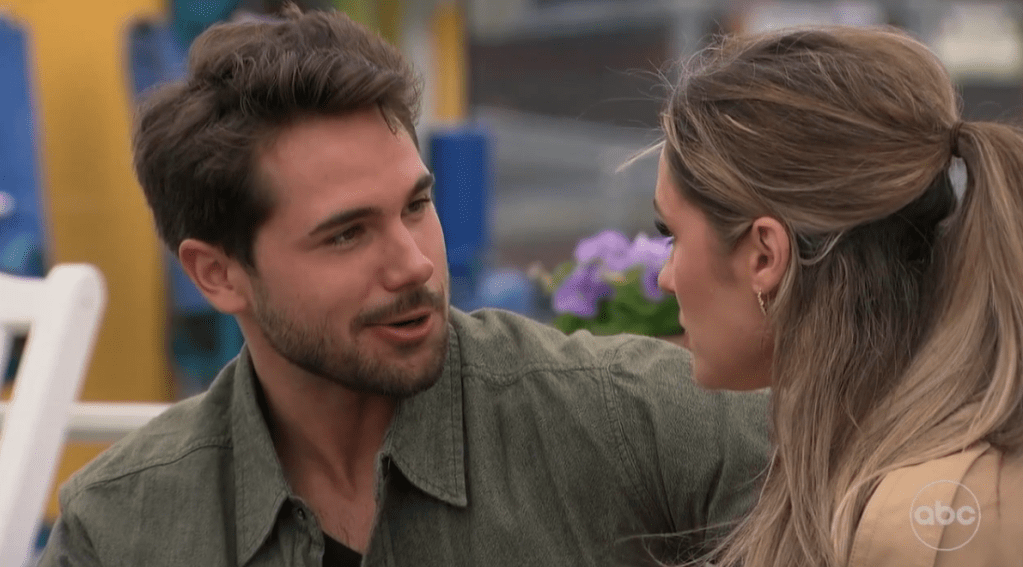 Tyler is already head over heels for Rachel. She doesn’t even know his last name at this point but he’s ready to introduce her to his family, move her into his little carnie apartment at the boardwalk where he owns a game, and confess his love. 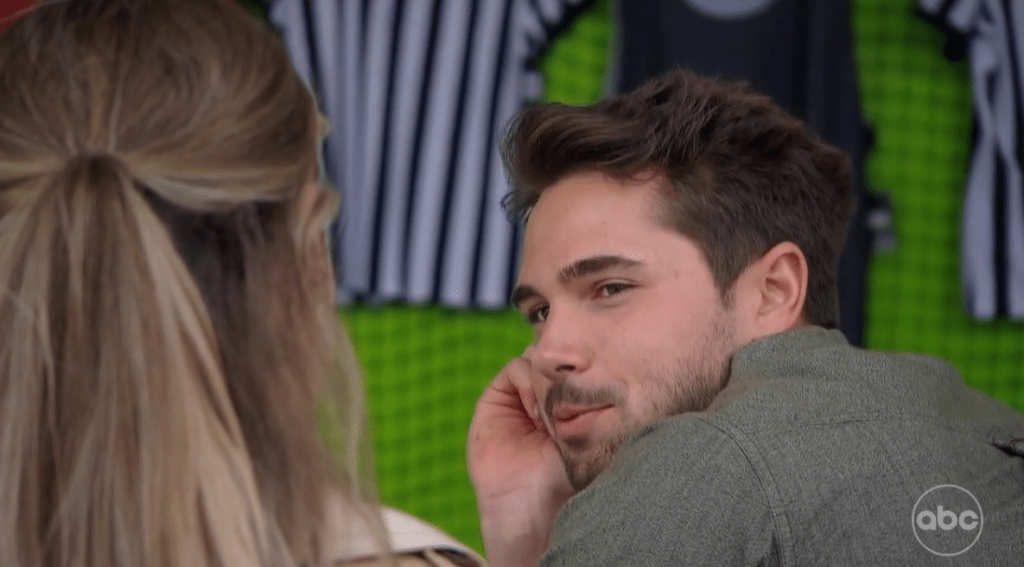 The feelings are not mutual.

Rachel tried to break up with Tyler for about 10 consecutive minutes while he blew past every nonverbal signal she was giving and just talked and talked about how much he loved her. Finally, she had to stop him in his tracks and tell him that it was over. 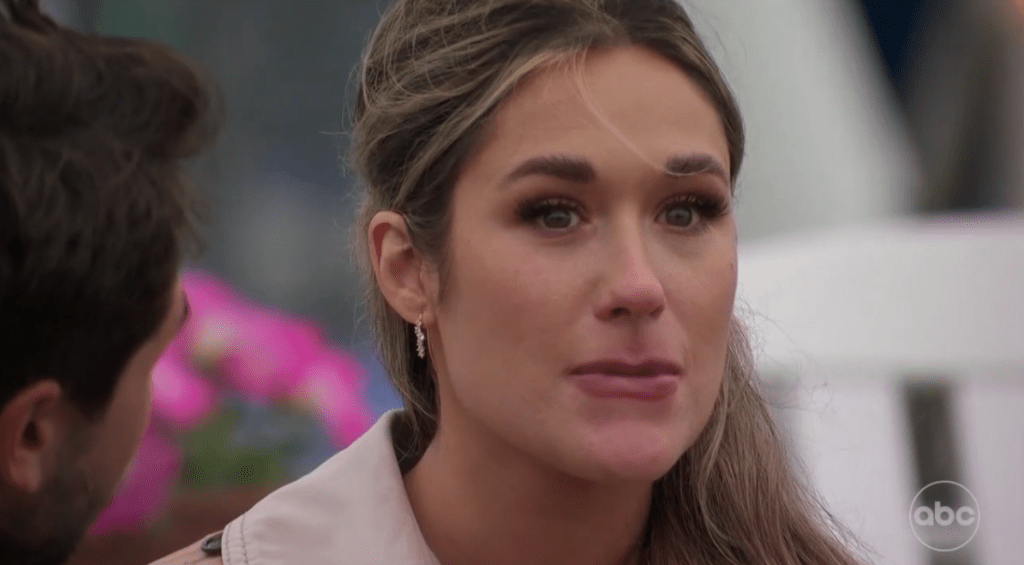 He handled it with grace when Rachel cried and made it about herself in her usual way. However, the real cherry on top of this turd sundae of a date was that they still made him walk into his family home and tell them he got dumped.

This level of mess is why I still watch the hometown dates. 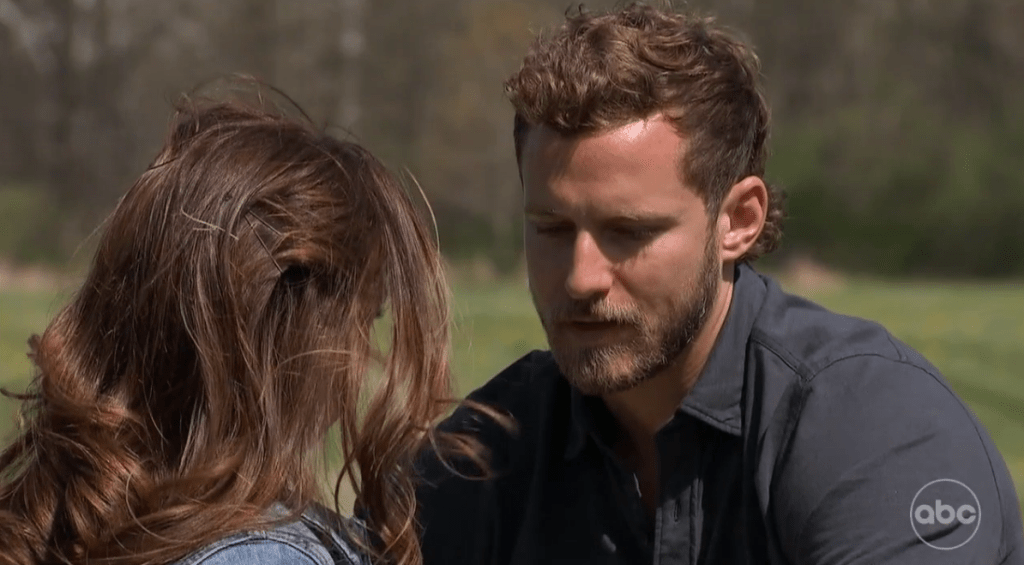 Erich’s dad has terminal cancer and is very obviously ill. The fact that his family took some of their last precious days with him to meet Gabby and the fact that Erich wanted him to meet her spoke volumes. 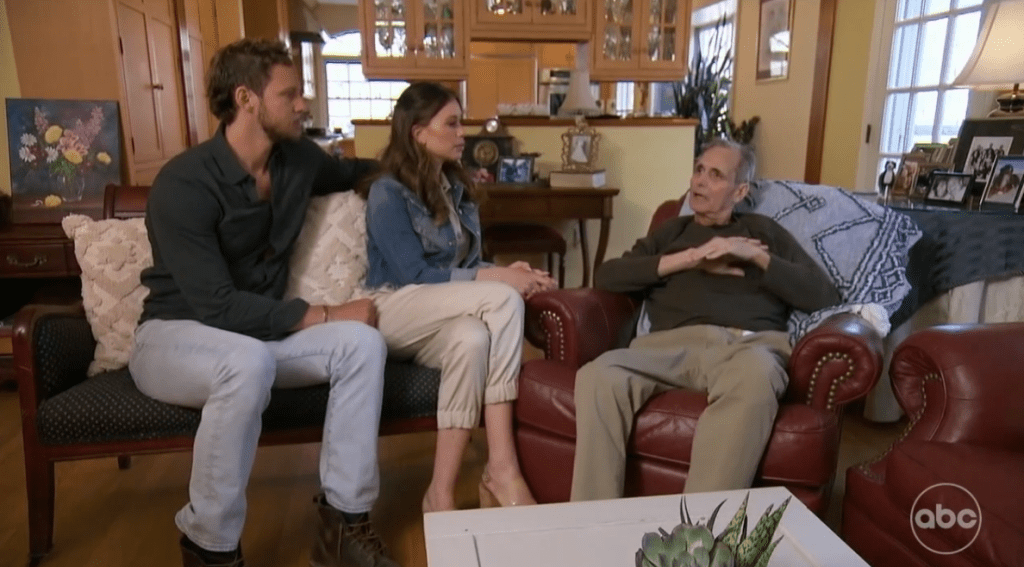 This was a different Gabby than we’ve seen at any point in the season. She was empathetic, respectful, somber, and every bit the ICU nurse she must be in her professional life.

Erich’s family liked her fine, but you could tell that they were more concerned with what is real than a TV show, and rightfully so. 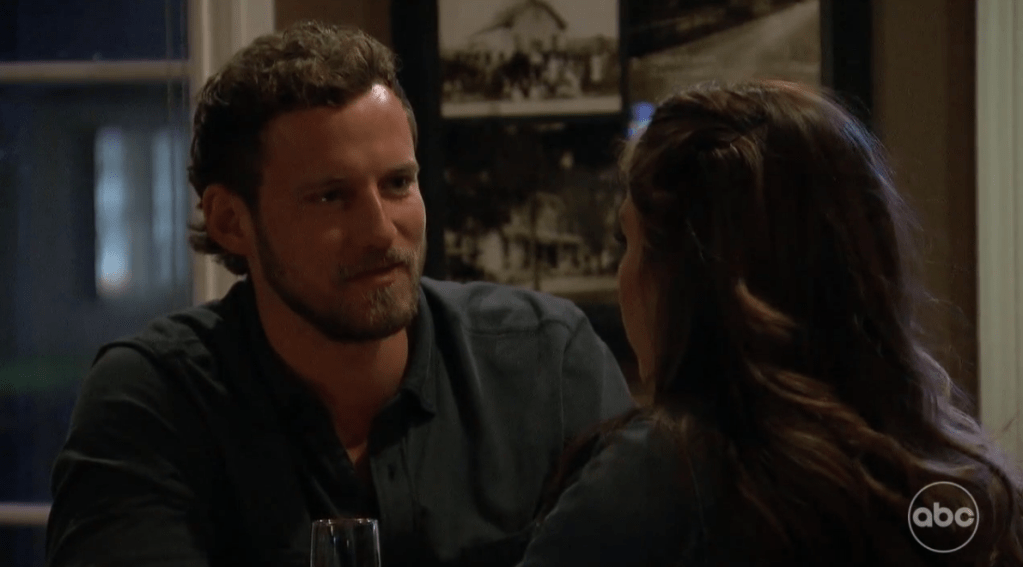 Jason and Johnny may have cold feet, but all Gabby needs is one man to love her. She may have just found that in Erich and his mullet. 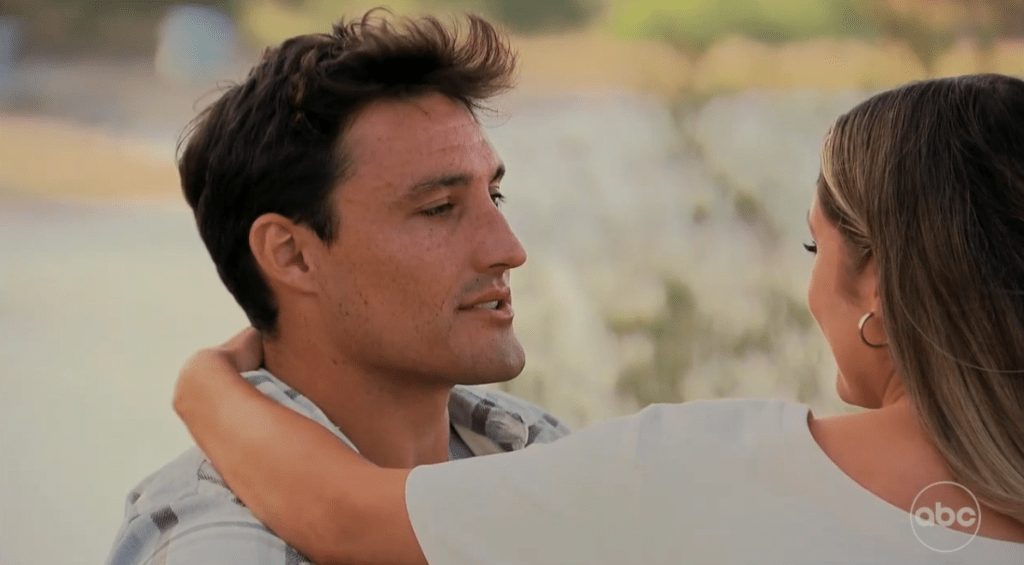 Tino has been Rachel’s frontrunner since he received the first date rose on night one. By all accounts, this was his season to lose; which he may have done this episode by introducing Rachel to his seriously skeptical and mean parents.

I get it. If my kid came home after 6 weeks at a glorified sleepaway camp saying he was in love, I’d push back a little too, but this was excessive. 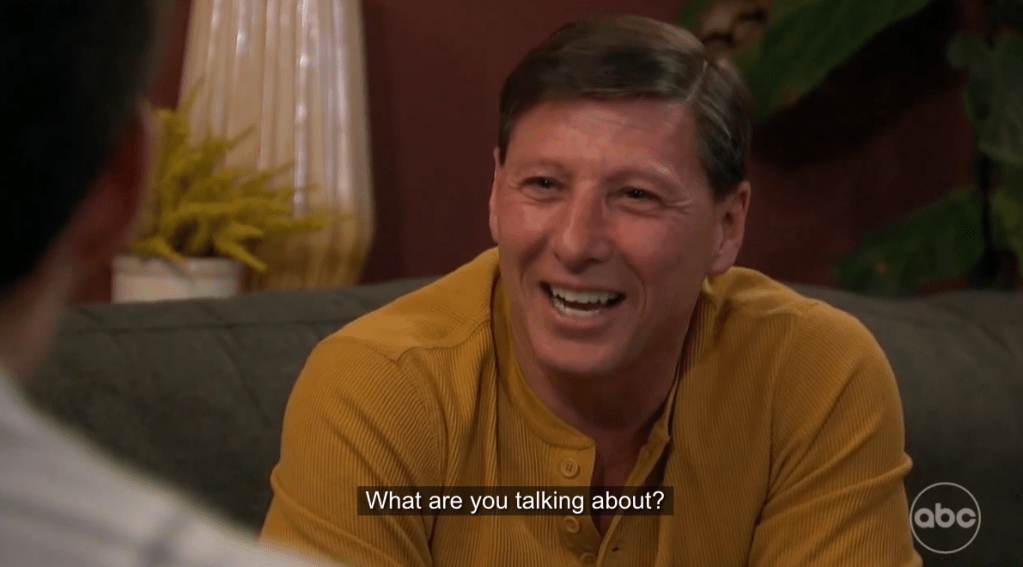 Tino’s dad was sarcastic and dismissive and his mom seemed to straight up hate her. It was so bad that by the end of the night, Rachel was near tears and ready to run for her life.

So naturally, Tino told her that they adored her.

Rachel was like, “You sit on a throne of lies.” But Tino ignored all of that to tell her that he has been falling in love with her for weeks. 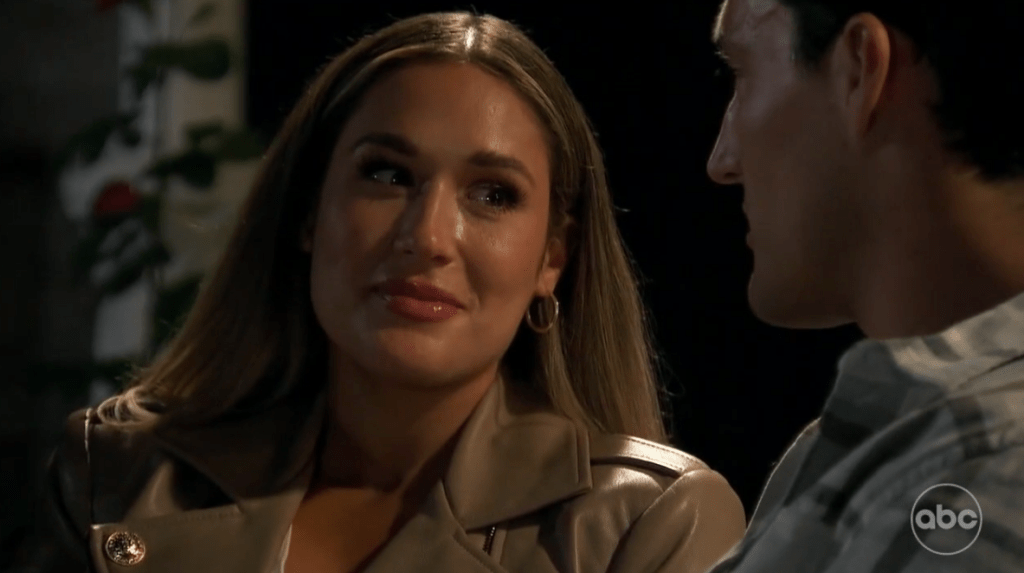 Rachel reciprocated the feelings and they decided to sweep the giant elephant in the middle of the room under the rug for now.

Or however that saying works.

There’s still one more hometown date left for Rachel which we’ll see next week in addition to the Men Tell All special. How are we this far into this season and still have no idea who any of these men are?

The Cool Table Has a Podcast Now!@thecool_table
1.0K Following 1.0K Followers
@JenReadsRomance Parenthetical.
1 hour ago
1
@MQBarber @wolflad78 Here’s my Henry https://t.co/sWnYKyRCc9
11 hours ago
4
RT @MQBarber: Brief pause in this morning's #amwriting session on the next Henry, Alice, and Jay book because a friend sent me this video b…
11 hours ago
2
@MQBarber 🥰🥰🥰 what can I say? I like having a Henry in the house. 🥰🥰🥰
11 hours ago
5
A fantasy league for #bachelorinparadise? Obviously. https://t.co/ffVM3XroDS
2 days ago
1 1
Archives
Entertainment, The Bachelor, TV