Who is your least favorite character in Winnie the Pooh and why is it Eeyore?

Eeyore is a punk ass. He’s weak, middling, and runs on pessimism. And right now, when it comes to the election, too many of y’all are Eeyores.

I have zero desire to up my Lexapro or Ativan dosage, so self-care for me right now is keeping the stuffed-donkey-with-a-nail-in-his-butt crap away from.

Do you think Trump will steal the election? Do you think we will be stuck with this lawless administration of grifter criminals for another four years? Do you think Eric and Don Jr. will be gloating on Twitter the day after the votes are or are not counted? Sure sure sure.

Next question. Are you doing anything to fight against that happening? Or are you being an Eeyore?

This isn’t me being smarmy and saying only be positive. I’m not a sign you buy at HomeGoods. Love Laugh Vote. I’m saying, if you think that Big Awful can happen, get mad and get to work, but don’t get hopeless.

As I type this, I feel like Lewis Black sputtering at the TV. Lewis Black, but with freckles, tighter jowls, and better tits. Being scared is normal. But impotent fear will not do anything to end this long national episode of sleep paralysis. 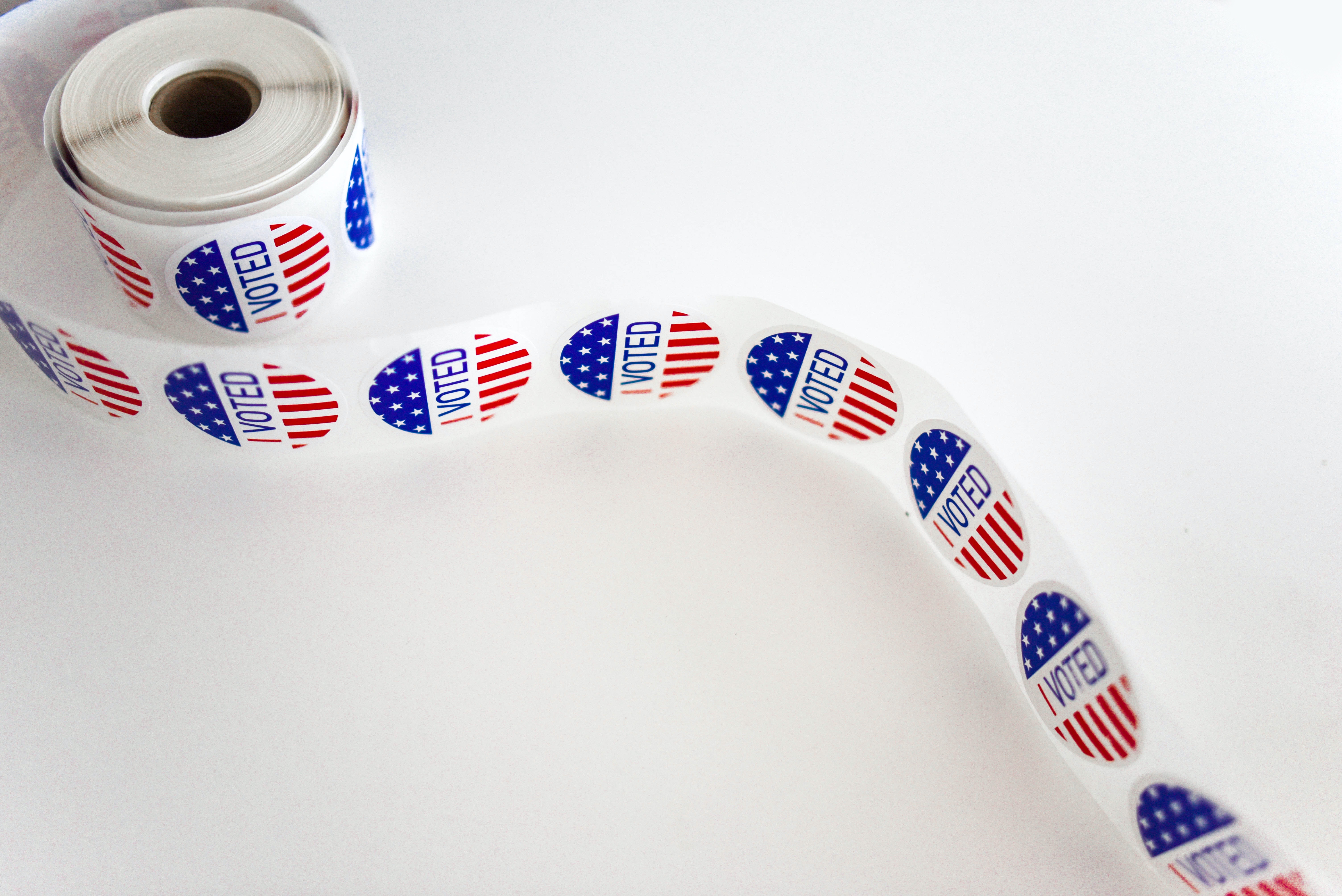 I’m running a local campaign for a bond question because I can’t allow myself to be crippled. My anxiety feeds on inertia. If you had told 11-year-old me that I would run a PAC someday, she would have said, I hope you name it Ms. Pac Man. Spolier! We did indeed name our PAC “Building Newport’s Future Ms. Pac Man.

My town of Newport — home to mega yachts, mansions, and Gloria Vanderbilt — has the worst-rated high school facility in our state. It’s a disgrace, and we need a new one. We need one so bad, the state of Rhode Island will cover 52.5% of the the cost. A property tax increase will run the average home owner around 43 cents a day. That’s a Netflix membership. And yet…and yet. We fight.

Newport is a Title One district, and many of the “No” voters think our kids don’t deserve a new high school, especially one built on the current footprint, too close to estates with names like High Tide or Clarendon Court. It’s too close to the sweeping green lawn of New York Yacht Club, luvie! How dare a public school have a view of the ocean…in the Ocean State!

They want our black children to learn right next to where they live, on the North End of town. It’s educational red lining. Some voters will read So You Want to Talk About Race but still be embrace the NIMBY. Yes, I’m mad about it, but I’m not hopeless about because I can’t afford to be. My calendar is full, and Eeyore does not have appointment.

And grifters are local, too! We have a couple of own running for local office. I don’t fear them; I can’t stand them. I’m rolling on disdain, not despair. And I’ve read some books, too. Books like Winning Ugly or With Winning in Mind. Sports psychology teaches that the fearful mind double faults; the confident mind starts the point with advantage. Do you think Naomi Osaka is an Eeyore?

Now for the HomeGoods Signs

It’s time to get fired up, ready to go. When they go low, you can go low. You do you.

Vote. Make sure you know ten friends that are voting and get their behinds to the polls. Give money. Mailers, postage, and yard signs are not cheap.

Get a cool Joe Biden Shirt and join the Shade Brigade.

Take dope, have hope, whatever.

Give money to MY local school campaign. I’m shameless.

Find some good trouble, and remember:

“But you have to have hope. You have to be optimistic in order to continue to move forward.” – John Lewis

The Cool Table@thecool_table
1.0K Following 1.0K Followers
RT @BlessAmysHeart: And @bethorne created a reading list/reference guide she mentions during the show. I say Beth is the brains, and I’m th…
15 hours ago
1
RT @BlessAmysHeart: Want to know what I believe now after leaving the #Evangelical church? Check out the latest episode of our #Exvangelica…
15 hours ago
2
@chels__ebooks if you can't HEAR and SEE it, you aren't fit to lick booktok's boots
19 hours ago
4
Archives
A Discovery of Witches, Entertainment, TV

A Discovery of Witches is Gearing Up for Season Three

This Karen Is Calling Out The Karens