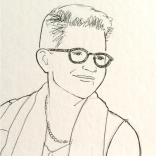 There is almost nothing I hate more in communications than a comment or post that starts with “as a…”, but it simply can’t be avoided in this case.

My name is Karen.

Growing up with this supremely middle American name (I was named for my aunt) and as half of a twin set smack in the middle of eight kids – none of whom have American names (I’m always the outlier, even in my ordinariness!) – I was, admittedly, atypical. I’m also a Libra. I couldn’t tell you anything about any of the other signs (don’t get me started on enneagrams, I never get them right); but, I crave balance, and above all, I crave fairness and justice.

My upbringing provided ample opportunity to see all sides of a story, to understand how my actions impact others, to share, and most importantly to have empathy.  Dinner table conversation was swift, smart. We had to defend our opinions, and most of all, cold and cruel was not accepted.  Critical thinking was, and remains, a must.

My parents, my siblings, and our constant moves shaped me forever.  There’s nothing I value more in others than a sense of curiosity, thoughtfulness, kindness, and humor.

I’ve seen all the memes, and I get it, I truly do.  There are some AWFUL women out there and once you have critical mass, it must be named.  Those are the rules.  I don’t make them.  The irony of all of this is that real Karens likely aren’t offended by any of this – it’s just water off our backs – but the internet Karens get ENRAGED on our behalf. Hi, we don’t need you.

Let’s talk about Karens and the commonalities that have brought us to the moment, this movement, and these memes:

These women don’t just share a uniform and the overwhelming desire to speak to your manager, they also share character flaws. These Karens live in a facile bubble of superiority and conceit and have weaponized victimhood. They have perfected the art of making you feel “less than” in order to have their Frappuccino remade with less soy milk, but more whipped cream.

We hear a lot about the “last gasp of the white male,” but no one tops the ire of a Karen who just KNOWS she has been waiting in line too long at TJMAXX to return a pair of last season’s white jeans. No. One. The lack of empathy or even an ounce of perspective and self awareness is merely the predisposition; the ability to operationalize the indignation in such a predictable and consistent manner is the real danger. Their children see this, and the cycle will likely continue. Mean girls, do in fact, grow up.

What is behind the seeming rise in this behavior?

I’m not sure there is a rise. I think it’s been there all along, this underlying sense of entitlement and desire to maintain their station and what they see as the status quo.

As Will Smith said about racism: “There’s not more of it; it’s just being filmed.”

Call it out, people. CALL THEM OUT. We mustn’t let this behavior go unchecked. Film away. Post it everywhere you can. I’m not sure these types of people (male and female Karens) are capable of feeling shame, but I do think they can succumb to embarrassment and peer pressure.

If you are in customer service, stand your ground. Your dignity matters. Don’t ever let a Karen take that from you; it’s her greatest weapon. Don’t give her the firepower.

I can’t change the internet, but I can change my world, one act of kindness, one act of learning, and one call-out at a time. This is going to be fun. 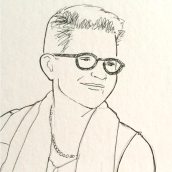 Karen unironically loves IPAs, Outlander, golf, and talking politics. Despite being a homebody, she is a professional frequent flier who passionately, unequivocally, one million percent, and sadly, believes it's a great time to be an Expat. #OxfordCommaForever

The Cool Table Has a Podcast Now!@thecool_table
1.0K Following 988 Followers
Getting my hate watch britches on for this one. https://t.co/SZ1N40HOHi
11 hours ago
3
So excited to be a guest on Sierra & Ryan Talk the Tok: it’s a #booktok podcast! Go listen and give them a follow. https://t.co/qzOVPWS1Bh
5 days ago
2 6
SooooOOoOoOooo it's almost #SDCC time. We're getting all our cosplays and deodorant choices in a row. Who else will be there?
6 days ago
6
@ch00chelo DEAR LORD VIVEK OJI has been the best book I’ve read this year
2 weeks ago
2
Holy shit the last episode of Kenobi
2 weeks ago
4
Archives
Book Club, Books, Bridgerton, Romance

Bridgerton Book Club is Back, Babies!

Goodreads Reviews: The Authors Are At It Again

I Only Have Time for Hope Right Now

The Kids Are Not OK