I can picture how The Bachelor Presents: Listen to Your Heart came to be. Some executive at ABC was sitting around wondering how to capitalize on the popularity of A Star is Born when it hit them. Everyone liked the first season of American Idol, but do you know what would have made it better? If Kelly Clarkson and Justin Guarini started making out in front of Simon Cowell. Only Simon Cowell would be exchanged for Chris Harrison and Justin Guarini would be replaced with someone hot.

Listen to Your Heart is like if they put Bachelor in Paradise and American Idol in a fantasy suite together and waited 9 months to see what popped out. Obviously no pre-natal care was provided and you probably should have used contraceptives, but it’s still a pretty cute baby.

Let’s Get Introductions Out of the Way

The only thing Chris Harrison is better at than pretending not to judge millennials is contract negotiations, so you know he was there on a wet driveway to greet the cast as they arrived. Basically all of my unsolicited advice from their cast bios was 100% accurate, so I’m not going to bother re-introducing all 8 women and 12 men. Just know that they’re pretty and they sing – a lot. It’s like being at a party where everyone in attendance is that one guy who brings his acoustic guitar.

Chris Harrison explained that this weird conglomeration of mostly unemployed musicians from Nashville and Austin will run similarly to a season of Paradise. This week the women will hand out roses, next week the men will, on and on it goes until the finale or we all give up on watching; whichever comes first. There will be rose ceremonies, new people added to the mix, dates, duet performances in front of a live audience and, based on the premiere, a ton of secondhand embarrassment.

The most important thing to know about Listen to Your Heart is that it’s about love not your career. I mean sure, it’s the largest audience these artists will ever have in their lives and they’re asked to sing every five seconds, but love is the goal. LOVE. That’s probably why the the mansion (which is way nicer than the real Bachelor mansion) is decorated with furniture that looks like it came from the set of Rock of Love with Bret Michaels. If you’re picturing leopard print couches, you’re on track. 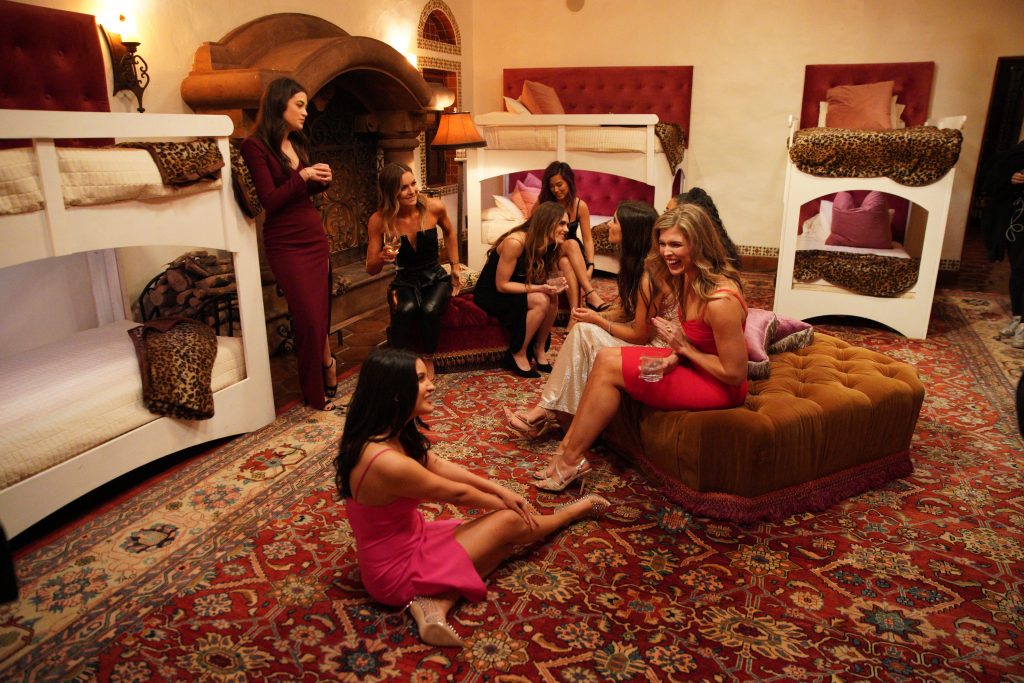 But, hey, it also has a hot tub which was used by several different couples throughout the night, because a rose is a rose even if you have to earn it while topless and pretending to be interested in a woman named Rudi – I see you Matt. All you need to know about the early connections are that the conventionally attractive people are interested in the other conventionally attractive people. With the exception of gorgeous Julie who looks like a real estate agent, but someone how finds herself interested long haired rocker, Sheridan. Oh and there’s a guy name Michael Todd who sings like a Justin Timberlake impersonator and hits on women with lines like, “I like your lips.”

This week Ryan, a Shawn Mendes lookalike, gave the first date card to Jamie, a 21 year-old hostess who is also interested in Trevor. I don’t know who any of these people are either, and it doesn’t matter, because JOHN MAYER. Oh, I hope you didn’t think he was going to be on this show, but one of his music producers is and he’s happy to name drop him. Ryan and Jamie sang their own version of “Gravity” by John Mayer and then made out on the rooftop of Capitol Records. It was like an episode of Glee only less self-aware.

The second date of the week went to neo-soul singer, Matt who had an early connection with Rudi, but ended up taking Mel. Rudi was furious, so she sang a sad song while everyone listened. I’m not joking. Don’t be sad, Rudi, Mel and Matt had to sit through a Plain White T’s concert like it was 2006. Because, nothing says love like giving a platform to a band who hasn’t had a recognizable hit since their lead singer appeared on Ready for Love.

Typically the cocktail party is when things really get exciting, but since we don’t know or care about any of these people, it was just okay. Like sure, Rudi yelled at Matt and made everyone question who she would save, but I couldn’t pick either of them out of a lineup so, who cares? Did I enjoy seeing Jamie make-out with Trevor while Ryan gazed wistfully through the crowd like the misunderstood artist he thinks he is? I guess, but also, don’t care. 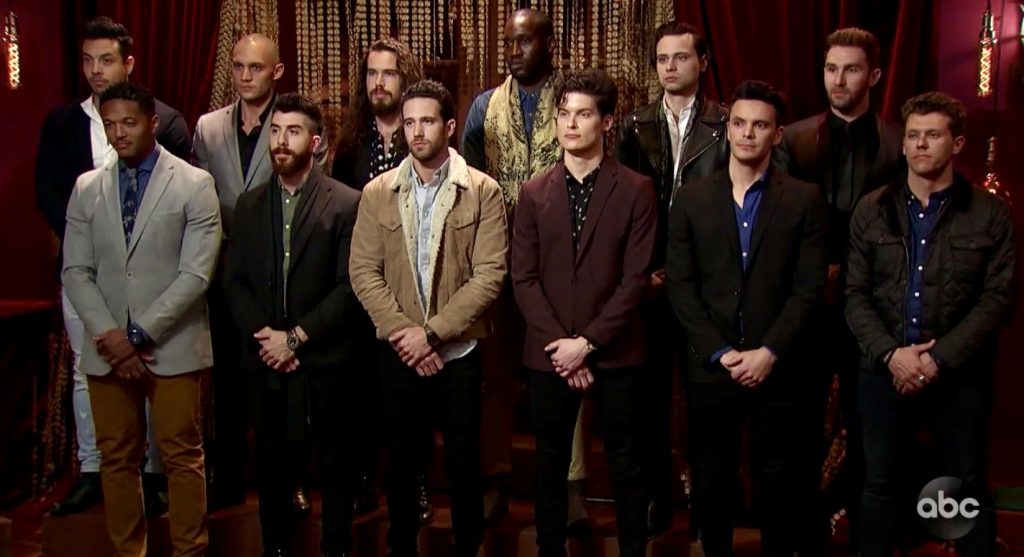 When Chris Harrison stood in front of the group and told the women to “listen to you hearts,” I was unmoved. Sure, Rudi saved Ryan from an early dismissal and it was great, but also… I still don’t care. Like, I won’t miss the small guy, the bald guy, the other guy with black hair, or Michael Todd with the lip compliments who were all sent home;  but, I also wouldn’t be able to tell you who stayed. Maybe we’ll have better luck next week.

We all know there’s nothing better to do on Monday nights anyway.

What did you think of The Bachelor Presents: Listen to Your Heart? Will any of the couples make it in the end? Is anyone actually there for the right reasons? Did Trevor steal his jacket from Jed Wyatt? Let’s talk in the comments.

The Cool Table@thecool_table
1.0K Following 1.0K Followers
@jamiesrule @jamadoria @coolstorymere I know you know this, but I"ve had pixie cuts off and on since 1997 and m*n h… https://t.co/VsXyyN7PpC
2 hours ago
4
@LSULeslie @schizoreads I’ve legit never even heard of this
1 hour ago
@chels__ebooks Yes! Josh O’Connor supremacy! I watched this right after I got obsessed with The Durrells ❤️❤️❤️
1 hour ago
@maria_gb75 Keep him
1 hour ago
@baskinsuns AGREED. I love love loved that as a kid (and vowed to be able to do it so someone would love me)
1 hour ago
1
Archives
Entertainment, Fashion, TV

Making the Cut E5: Who Invited the New Girl?