Just like the Instagram follower counts of Brendan and Pieper, Bachelor in Paradise is closing on its last leg.

Sure, I’ve spent more time cyberstalking the interior of my neighbors’ homes on Zillow than most of these relationships have lasted, but I’m not here to judge anyone.**

* Edit: The information I was given regarding the finale airing next week was 100% wrong. There are apparently several more episodes of the season remaining and rumor has it the finale may not air until October 12. Rejoice!

**except for Brendan and Pieper

Sorry I Ghosted You

First things first, allow me to apologize for missing out on the last few weeks of recaps. The only thing that could have kept me away from discussing Demi’s desperation, Riley and Maurissa in the Boom Boom Room, and Pieper being a horrible con-woman is a medical emergency.

My six-year-old spent a few days in the hospital with Covid after being exposed at school. Then I got a breakthrough case and had to live through my kids blindfolding and feeding me varying degrees of horrible condiments because I’d lost my ability to taste and we were quarantined for 35,000 years.

It’s been even more of a struggle than Demi has had finding love in Paradise this season.

Please, get vaccinated and wear your masks so we can finally get back to normal and never have to see the exterior of a Palm Desert hotel again. I’m begging you.

Brendan and Pieper Get the Attention They Ordered

Anyway, back on a sweaty beach in Mexico, guest host Titus Burgess is announcing that five women would be sent home that night. But first, let’s put Brendan and Pieper in their place.

Listen, other than the fact that my child was quite literally hospitalized, the worst thing about the last two weeks was not being able to drag these dollar general grifters. The jokes were writing themselves, people.

The only thing more obvious than Brendan and Pieper’s fully established relationship was the stress bags under Brendan’s eyes. They were like Pinocchio’s nose growing bigger with every lie.

Justice came in a girl gang led by Beach daddy Joe storming the beach like it was Normandy to confront Brendan and Pieper and take down the axis of evil.

Brendan and Pieper got defensive and mean because that’s their whole personality, and threw some words around about not knowing there was a rule book for Paradise. Uh, no rules except the unspoken one that you don’t talk about your follower count on the show. Know your place.

Then Brendan called them a “mob of disgruntled females.”

They left the beach and Paradise together after that and I hope to never see him again. 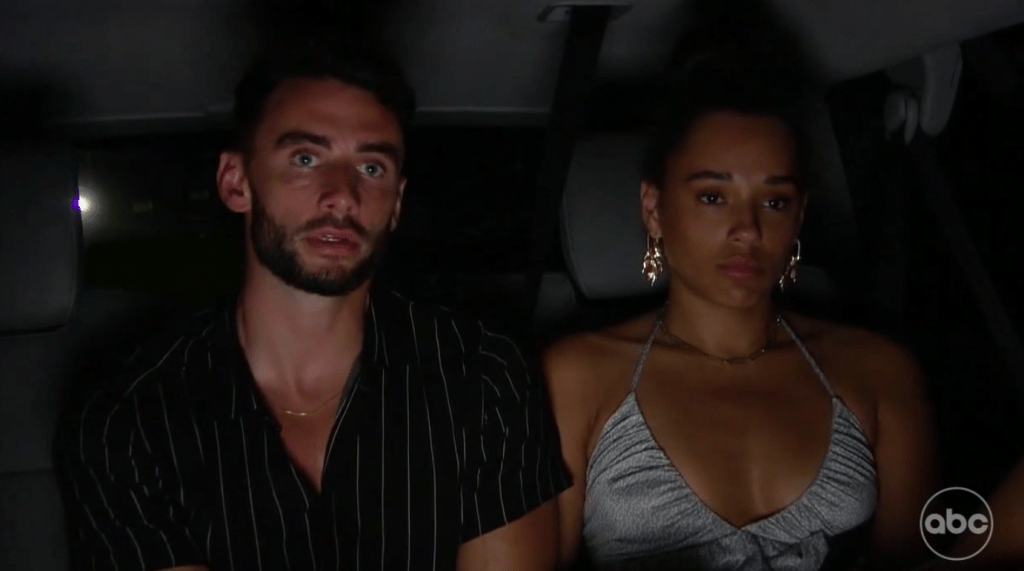 Meanwhile, Riley and Maurissa were covering each other’s various body parts in whipped cream and then licking it off. This included a black box over a gaping dress and a big toe being sucked.

Yeah, like Riley’s little piggy went to the market but the market was Maurissa’s mouth. After walking on the beach. Stop.

Relatedly, my super weird TikTok algorithm taught me that the Brits call whipped cream “squirty cream” so the whole thing took on an extra level of ick.

Whatever, these two are super into each other, super horned up, and Bachelor Nation is finally airing Black love. I’m glad it’s them.

Tammy Had a Horrible, No Good, Very Bad Birthday

Speaking of dessert, it’s Tammy’s birthday and what’s a better way to celebrate than by getting dumped by Thomas?

No legit, that’s what happened.

Tammy and Tommy had a brief connection that led to Tammy calling him her best friend and Thomas dumping her for Becca Kufrin.

In her own words, “Last year I got Covid on my birthday and this is ten times worse.”

Hey look, a rose ceremony. Before the couples could do their thing, Wells announced that he was giving an extra rose to Natasha since Brendan wasted all of her time.

Then the couples went as follows:

That means Demi, Tammy, Jessenia, and Deandra were sent home.

Somehow there was still like an hour of the episode left after the rose ceremony, but this time it’s hosted by Lil Jon. Yes, that Lil Jon.

Down the stairs came Blake Monar who made an early exit on Clare/Tayshia’s season. He’s cute and tall so all of the single ladies were into him, but it was Tia who got “tatty daddy’s” date. 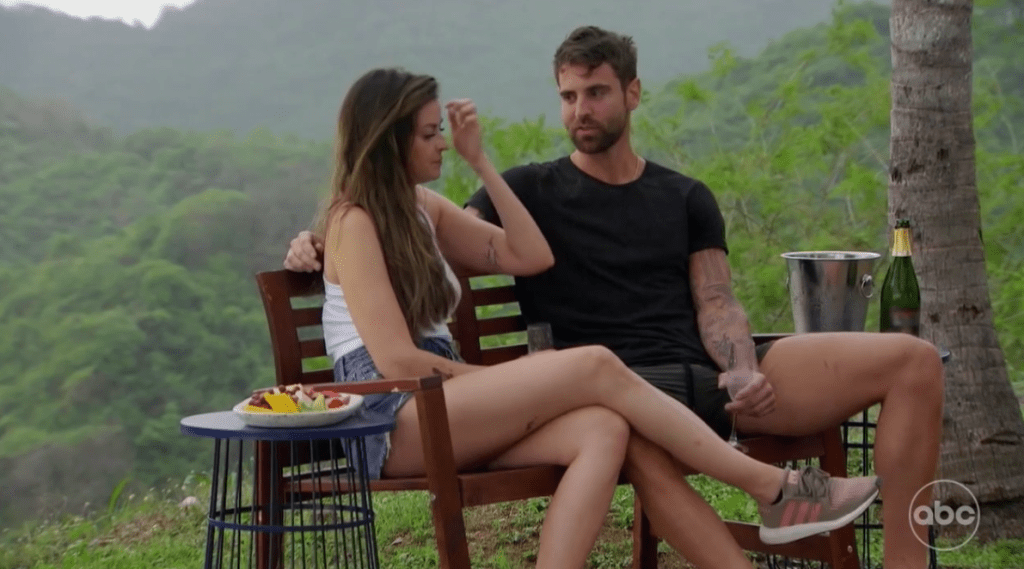 They went on an ATV ride, but the important thing to know is that Tia said their kissing made her vagina dance.

You’ve been spending a lot of time in a wet bathing suit, Tia. It might be time to see a doctor about that.

Speaking of dancing vaginas, Kenny and Mari spent the night in Riley and Maurissa’s boom boom room where Mari said they “were just gonna play patty cake on the bed.” Sex education in this country is severely lacking.

Good thing a doctor is arriving on the beach then because here comes fan-favorite Dr. Joe Park from Clare/Tayshia’s season. The moment he arrived, he made a beeline for Natasha and everyone took a huge sigh of relief.

Not so fast, guys. It turns out that super wonderful Dr. Joe is BFF with Brendan. As in Brendan and Pieper. As in, why are you making me talk about them again?

Natasha and Joe were vibing but as soon as he realized that she had beef with his boy, Joe shut down. He literally exclaimed, “Brendan?! MY BRENDAN!?!” and then mumbled some stuff about letting his relationship with Natasha ride.

As if this episode wasn’t already filled to the brim, it ended with an extremely awkward and yet cute confession of love between Joe and Serena.

Aw, how sweet! Now pull back the camera and show us that Joe’s ex, Kendall, watched the whole thing from like 30 feet away.

Here’s the thing, I love Joe. I love Serena. I’m not sure that I love them together.

I do, however, love the utter and complete awkwardness of exes being on the beach together. I hope they make Kendall officiate the wedding next season.

Do it for the clout.

Next Tuesday it looks like the whole season gets cut short when there’s a tropical storm that causes the entire beach to evacuate. Did I see that right? Please tell me they make these people get engaged in a hotel conference room. Who do you think will make it to the end? Do you forgive Brendan and Pieper?

The Cool Table Has a Podcast Now!@thecool_table
987 Following 936 Followers
@macslandingfive Matt Damon and Ben Affleck are the most miscast men on earth
4 days ago
2
RT @hangoutlander: Have you read Bees? 3/4 of the ladies on this podcast have too. https://t.co/pgnrYazqld
4 days ago
2
@rach_art They are so so SO poorly cast
4 days ago
1
Is The Last Duel the worst movie I’ve ever seen?
5 days ago
3
@kjs3mom2 Here ya go! https://t.co/uQ8dj0KMM2
5 days ago
1
Archives
Entertainment, Movies