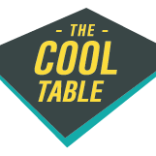 Two Thousand and Nineteen. That’s how old we feel after this past year. A lot has happened. Here’s the trending topics that just sent us over.

Kamala Harris Broke Up With Us

Sometime in October, I decided to change my allegiance in the democratic primary from Elizabest Warren to Kamala Harris. By December, she had decided that she didn’t want to be obligated to get us all Christmas presents, and she broke up with us. We still get to see her in the Senate Hearings tho, so I won’t miss her too much. WHO AM I KIDDING? I AM INCONSOLABLE. Someone cue There’s a Possibility and show me catatonic in my bedroom window. – Beth

Your Plantation Wedding Has Always Been Awful

Growing up in SC and having gone to state school, I am very familiar with the “plantation wedding.” In the past few years, the plantation venue has gotten a lot of push back on social media for being gross, rightfully so. Sites like The Knot, Zola, and Pinterest have stopped promoting plantation weddings, and of course, the Baileys, Blakes, and Campbells of Charleston are upset. But why would you want to celebrate your wedding — or any event — in a place that was once the site of horrific torture and genocide of black people?

Sure, lots of places have terrible pasts, but Southern plantations were built specifically to earn white people money by enslaving and working black people to their death. If you want photos or your wedding party underneath gnarly live oak trees covered in Spanish moss, there are plenty of places along the Southern coast to get that look without having to a plantation to get it.  – Amy

The Supreme Court’s Ruling on Remington Arms Co. v Soto Could Change Everything

The Columbine High School massacre occurred in April 1999 when I was 14 years-old. Twenty-one years later, nearly nothing has changed in our federal laws to stop gun violence in America. In fact, federal laws became more lax when Congress allowed the Assault Weapons Ban to expire in 2004. However, in November of this year, the Supreme Court ruled that the families of victims of the Sandy Hook massacre could sue the manufacturer of the guns used in the shooting. If we can’t get them at the ballot box,  and our representatives don’t have the will to deny the gun lobby, then we can get them by the wallet. I hope they get taken for every penny they’re worth.  -Heidi

My feed (I swear I try to avoid echo chambers, but I finally had to unfollow Ari Fleischer because my IT guy at work said “vomit on a keyboard” is no longer justification for a third new keyboard, which I think is slightly unfair, but I digress) is full of political commentary, elected officials, pundits, national newspapers, thought leaders, golf, and cricket.

The first thing I do in the morning is to check to see if I have any new text messages from MUH GURRLLLLS at The Cool Table, then I check my Twitter feed to see what’s going on in the world of US politics. It is the single most important thing happening in the world today and there is no shortage of inputs and opinions. I’ve learned to be above it all unless I see a morsel on multiple feeds, and not just retweets, actual reporting or sound analysis. There is a lot of screaming on the twitters…which I prefer to hold in reserve for golf and cricket…but that’s for another time.

Choose your feed wisely, my children. Do not be lead astray by the loudest voice. – Karen

We All Want to Be Greta Thunberg When We Grow Up

Let’s just get this straight: CLIMATE CHANGE IS REAL, and the person leading the charge against the naysayers isn’t Leonardo DiCaprio. It’s 16-year-old Greta Thunberg. She pretty much put us all in the corner during her speech at the UN Climate Action Summit. She called out politicians who still think scientists are just evil wizards, and she reminded the world that all it takes is one voice to make a difference. In December, Time Magazine named her “Person of the Year,” making her the youngest recipient of that honor.

What’s been trending in your feeds and in your hearts?

The Cool Table@thecool_table
1.0K Following 1.0K Followers
@jamiesrule @jamadoria @coolstorymere I know you know this, but I"ve had pixie cuts off and on since 1997 and m*n h… https://t.co/VsXyyN7PpC
1 hour ago
4
@LSULeslie @schizoreads I’ve legit never even heard of this
56 mins ago
@chels__ebooks Yes! Josh O’Connor supremacy! I watched this right after I got obsessed with The Durrells ❤️❤️❤️
55 mins ago
@maria_gb75 Keep him
54 mins ago
@baskinsuns AGREED. I love love loved that as a kid (and vowed to be able to do it so someone would love me)
54 mins ago
1
Archives
Current Events, Fashion, Lifestyle, Pop Culture, Rants, Raves