Sure, it’s lazy for me to use a meme describing how the documentary Victoria’s Secret: Angels and Demons made me feel. But we are in the middle of a climate crisis and being low energy is actually how experts and Spanish people recommend you survive a heat wave. It’s 104 degrees in Paris right now, you guys. Mon Dieu!

So here goes: As I sat in the dark evening, watching the first episode, my eating disorder did a full “Leonardo DiCaprio/Rick Dalton in Once Upon A Time In Hollywood,” seeing (!) recognizing (!) and pointing (!) at the tv screen. “Hey! You! I know you! I know you!” The eating disorder never forgets a taunting thigh gap. 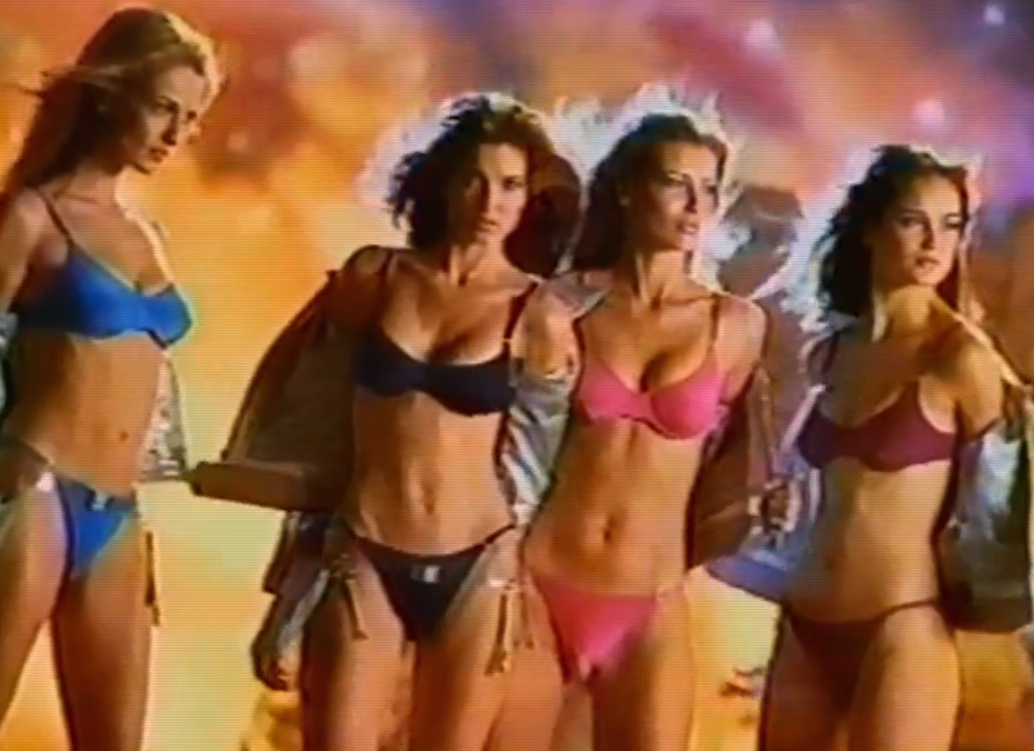 Victoria’s Secret: Angels and Demons is a three part documentary series airing now on Hulu, detailing the rise and fall of the Victoria’s Secret empire and its founder Les Wexner. The Columbus, Ohio, native Wexner began his retail career with The Limited, and at one time, his billion dollar L Brands empire included companies like Express, Bath & Body Works, Abercrombie, and Henri Bendel.

Angels and Demons evoked the worst kind of nostalgia for me. Why yes, I’d love to revisit some of the worst times of my life: anorexia, bulimia, and Steve Madden platform slides! Nothing called forth the devil that is my eating disorder like the 1990s and 2000s Victoria’s Secret marketing machine. It was unavoidable. The print catalog landed in my mailbox at least once a week. It was the Uline of Lingerie. The commercials ran incessantly on VH1’s Behind the Music. And there was a Victoria’s Secret retail store one floor below my gym. I could wave at Heidi Klum and Stephanie Seymour as I made my way to step class and again as I left for home the tanning salon.

Because Victoria’s Secret was ubiquitous and the de facto brand for underwear, I wore it. I spent money on it. And it never fit me right. Real talk: I’ve got wide boobs. No matter my fluctuating size, their bras either gapped or pinched because they didn’t cater to the bosom that starts its journey in the armpit. The problem was always Amy and Amy’s body. It was never the bra. And remember, this was the time of low-rise denim. The muffin top was my ass’ fault. The True Religions with its four inch crotch seam was innocent.

And it didn’t help that Victoria’s Secret was always pushing the demi-cup, which makes your boobs jubbly and boxy. It wasn’t until after I had my daughter and stopped breastfeeding that I discovered that a properly fitted Wacoal could change your life. 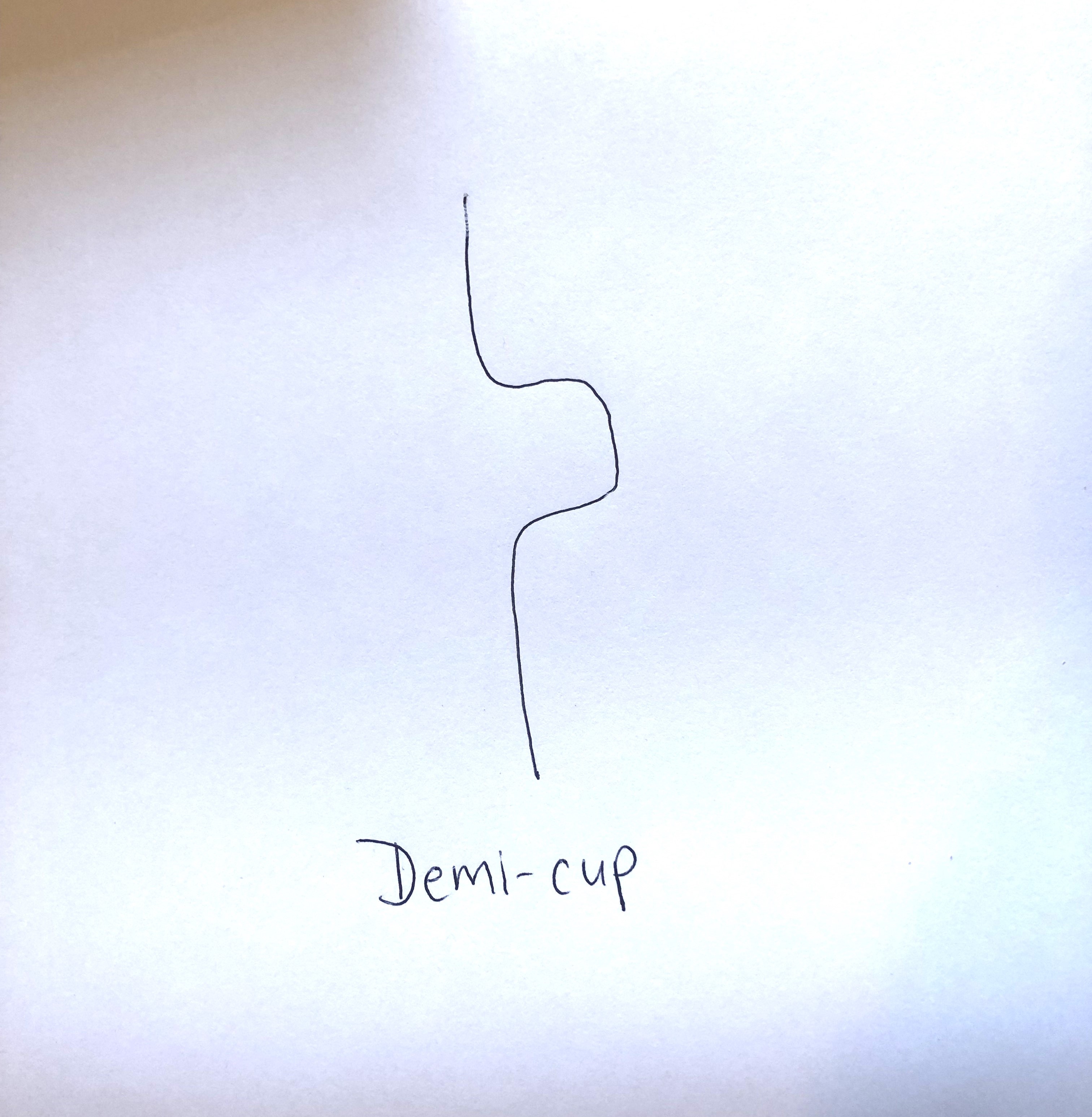 So I was predisposed to enjoy this takedown of Victoria’s Secret and Wexner. On its own, Victoria’s Secret was doomed to fail in light of the #MeToo movement because Wexner showed himself unable to recognize the need to change. He was blind to the female gaze. And female anger.

Wexner is the man who created the spin-off brand, Pink, targeting tweens and teens. The name always reminded me of an old Jezebel interview with a Brazilian bikini waxer. She said she would wax anything “but the pink,” implying anything but the vulva and inner labia. Wexner might have been trying to say that name existed simply because girls like the color pink, but he wasn’t fooling anyone. Especially when he was in major competition with the Juicy Couture brand for the joggers market. Everyone loves it pink and juicy.

The fish rots from the head. You have Wexner and then you have Chief Marketing Officer, Ed Razek, who was the brains behind the now defunct Victoria’s Secret Angels and the Victoria’s Secret Fashion Show (on CBS!) while also being a total creep and transphobe. Razek has since had multiple misconduct and harassment allegations thrown against him from VS models. And then you add in the fact that Jeffrey Epstein is a huge part of this story, it starts to feel unreal. But in the year of our lord 2022, nothing surprises me anymore. 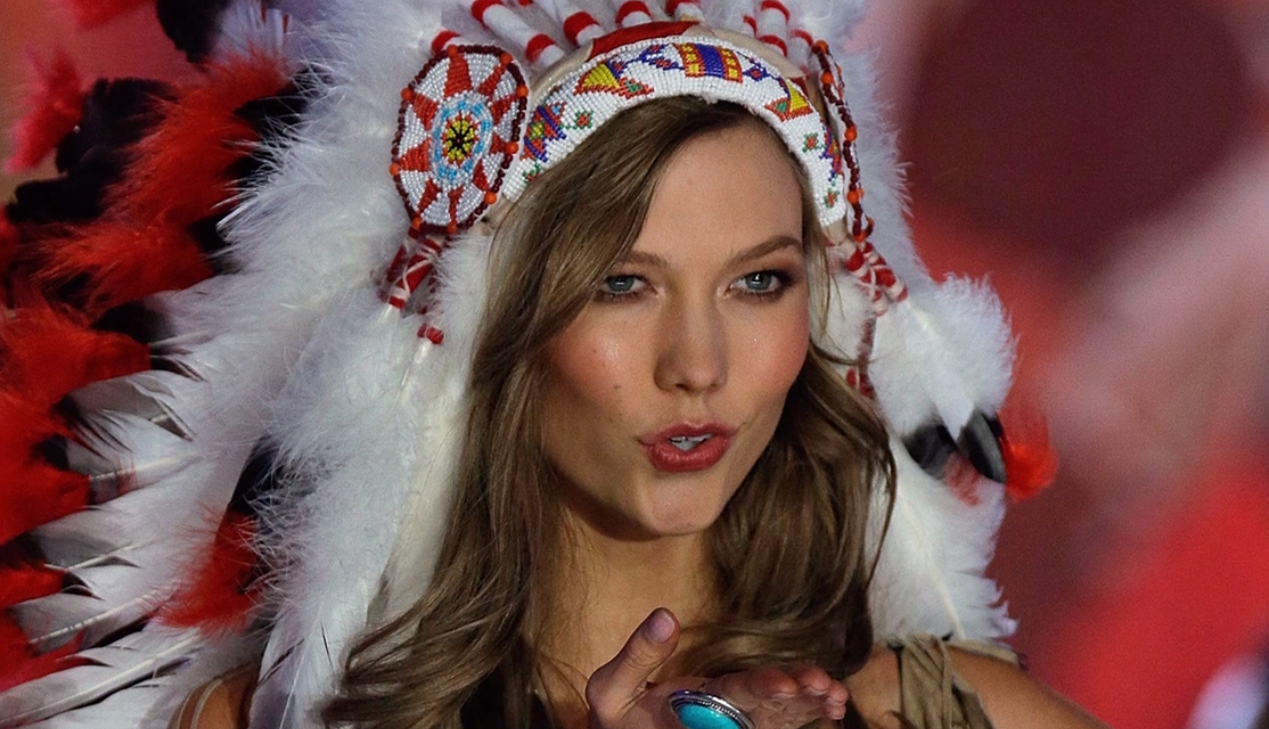 Wexner began a legal and financial relationship with Epstein in 1991, when Wexner gave the now-dead sex trafficker power-of-attorney and total control over his business affairs. In the years following, Epstein used that connection to target women and add to his bank account and holdings, including a Boeing 727 and getting Wexner to “sell” the infamous mansion on Manhattan’s East 71st Street. There was never any record of a financial transaction for the property.

With the focus on the tangled web between Epstein and Wexner, the timeline of the L Brands collapse gets lost in the final episode, and I would have found that incredibly satisfying to watch. Wexner’s business was a huge part of my middle and high school years, with The Limited’s Forenza and Outback Red brands. It would have been a fascinating history on the changing landscape of retail — and a satisfying comeuppance for the folks who made women feel like total shit for decades — , to see Henri Bendel close. To see the end of The Limited. To see the fallout from the disastrous Victoria’s Secret 2017 fashion show called ‘Nomadic Adventures’ in which the theme was cultural appropriation with panties and tribal tattoos.

That is not to say, the documentary makers should have ignored the Epstein stuff. Quite the opposite. I wanted MORE. Maybe one additional episode on the implosion. The rise of an empire is interesting, but the fall of an empire is enjoyable. Walls crumbling in on bad guys is the happy ending we want in 2022. My eating disorder loves to see it.

Victoria’s Secret: Angles and Demons is streaming on Hulu.

The Cool Table Has a Podcast Now!@thecool_table
1.0K Following 996 Followers
Things Keep Getting Worse for Rachel and Gabby on #TheBachelorette https://t.co/o0rYpGvgci
5 days ago
1 2
@jamiesrule @aliciafromashes @BeaDeeH Camera make up up from telephoto lens /= what it will look like on screen. I… https://t.co/MLwcmdpHht
1 week ago
3
@jamiesrule The fact that I didn’t know WHICH show you were talking about at first …
1 week ago
2
RT @BlessAmysHeart: I want her to laugh, love, and ditch the brown shoes. https://t.co/NmvXNDcVZ9
2 weeks ago
1
Gabby and Rachel Took The Bachelorette(s) to the City of Love #TheBachelor https://t.co/6watrySRGF
2 weeks ago
2 2
Archives
Entertainment, The Bachelor, TV

2021 Goals: Choose Your Face Over Your Ass