Like Her Soul, Marjorie Taylor Greene’s Hair Is Trash

You don’t have to know me or know my book reading preferences very well to guess why I chose to pick up an arc of The Witch’s Heart by debut author, Genevieve Gornichec. All you really need to know is Circe and Norse Mythology were two of my favorite reads of 2018. And that hook got me.

When a banished witch falls in love with the legendary trickster Loki, she risks the wrath of the gods in this moving, subversive debut novel that reimagines Norse mythology. 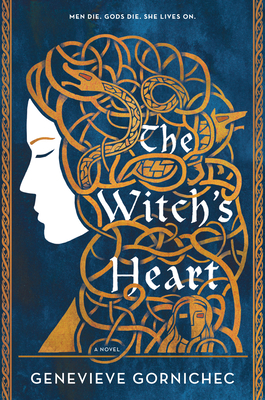 Like any good Celtic knot, The Witch’s Heart doesn’t start in the obvious place and end in the other; no, instead it is woven with care, attention to beauty, and with a complexity that is near divine. The story follows the witch, Angrboda, after Odin has burned and banished her, stripping her of her heart and her powers for the sin of not revealing the future to him.

It is Loki, the trickster god, who aids Angrboda in coming back to life, through the simple task of returning her heart to her chest. In the process, the two forge a connection in the magical woods beyond Odin’s sight. They marry and have three very unconventional children that deepen the mystery and destiny of world the Norse gods have ruled for so long.

The Witch’s Heart is pure magic and momentum. You don’t have to be a Norse mythology scholar to fall deep into the lore. Have you seen Thor? You’re good. You have all the info you need. You’ll be swept away by the powerful sense of herself that Angrboda embodies, and her drive to get what she deserves.

It’s a beautiful fairy tale, told with skill, and was pure pleasure to read. I’d love for a bunch of you to read it and tell us what you think.

The Cool Table Has a Podcast Now!@thecool_table
1.0K Following 988 Followers
Getting my hate watch britches on for this one. https://t.co/SZ1N40HOHi
10 hours ago
3
So excited to be a guest on Sierra & Ryan Talk the Tok: it’s a #booktok podcast! Go listen and give them a follow. https://t.co/qzOVPWS1Bh
5 days ago
2 6
SooooOOoOoOooo it's almost #SDCC time. We're getting all our cosplays and deodorant choices in a row. Who else will be there?
6 days ago
6
@ch00chelo DEAR LORD VIVEK OJI has been the best book I’ve read this year
2 weeks ago
2
Holy shit the last episode of Kenobi
2 weeks ago
4
Archives
Entertainment, Netflix, Shadow and Bone, TV

Like Her Soul, Marjorie Taylor Greene’s Hair Is Trash