It’s week seven of Clayton Echard’s journey to find love on The Bachelor and there are only 9 women remaining in the race to become his cheering section at the next season of Dancing with the Stars.

JK, there’s no way ABC casts him in another show.

Sarah is pissed off

Last week, Clayton made the ballsy decision to invite Sarah on her second one-on-one date only to spend his time questioning all of her motives.

This week, Sarah went full Olivia Benson on Law and Order trying to find who had dared smear her reputation with the man she’s definitely, maybe, could be, but certainly isn’t falling in love with. 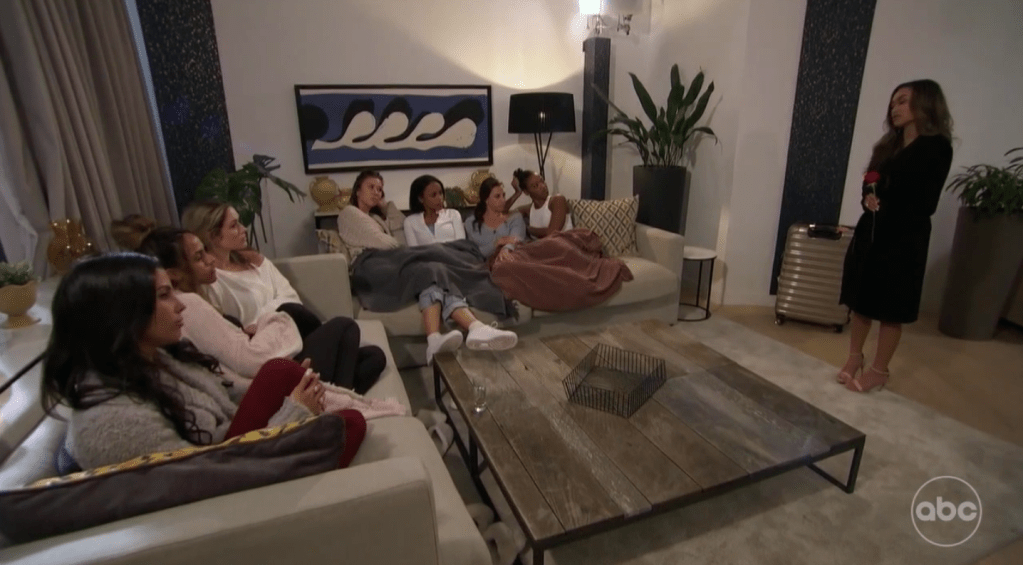 It was Mara. Case Closed.

Okay, fine. How it really went down is that Sarah returned from her date and immediately confronted the other women who were conveniently huddled on the couch waiting. She told them that Clayton and she have never been stronger and that all of this was was a last-ditch effort by someone who knows they’re going home.

Mara was like, “Uh…it was me” like she wasn’t terrified, but I was scared enough of Sarah for the both of us.

The Cocktail Party Got Spicy

Clueless Clayton was having a grand time at the cocktail party, but who cares about him, this show knows how to give the people what we want.

And apparently what we want is more women fighting for stupid reasons. 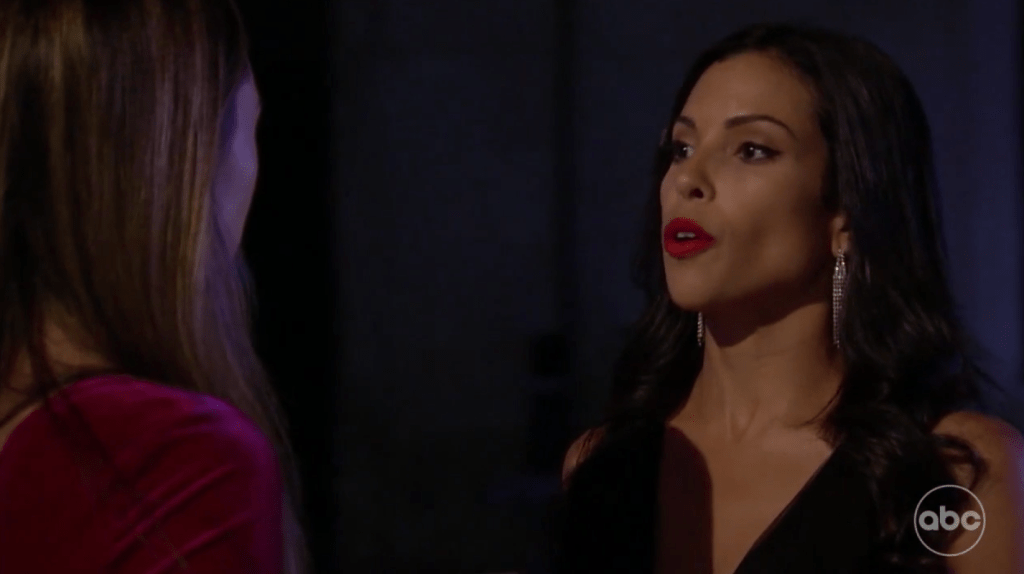 Once again, Mara asked to speak with Sarah about her “overconfidence.” Basically, she and the other women think that Sarah thinks she’s the endgame. Thus she’s being rude to Clayton’s other girlfriends by virtue of having confidence.

This show is ridiculous.

One of these women will be engaged at the end of this season. OF COURSE, they all think they’re endgame. The fact that Mara was offended by that just shows how far behind the ball she is. 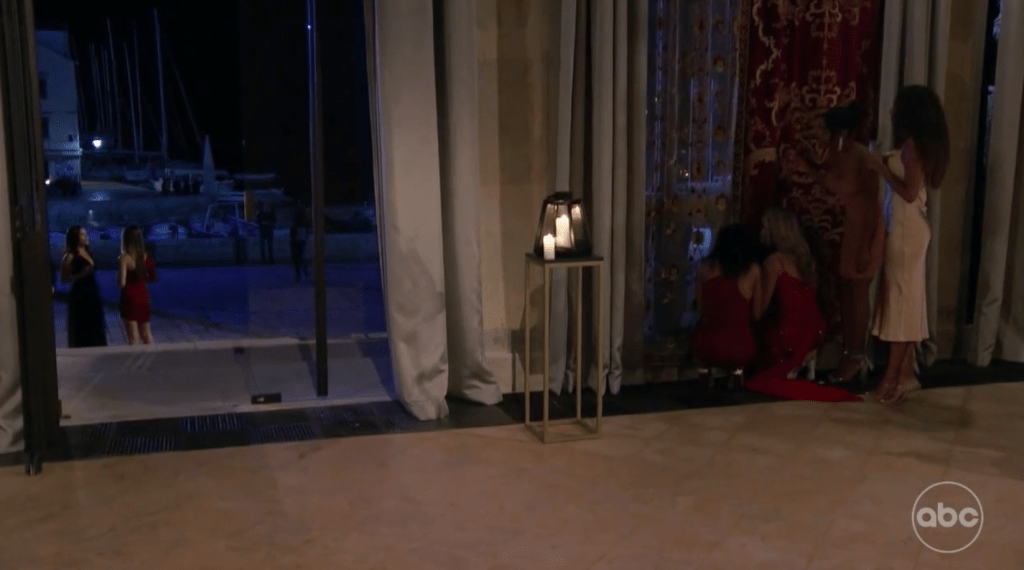 Anyway, Mara sucks. Sarah probably sucks too, but not because she’s confident. And Clayton didn’t do anything at all but he still sucks by virtue of it being this season.

At the rose ceremony, Teddi, Rachel, and Sarah already had roses from their dates during the week. That means there were only four roses for Clayton to hand out and six women to choose from. 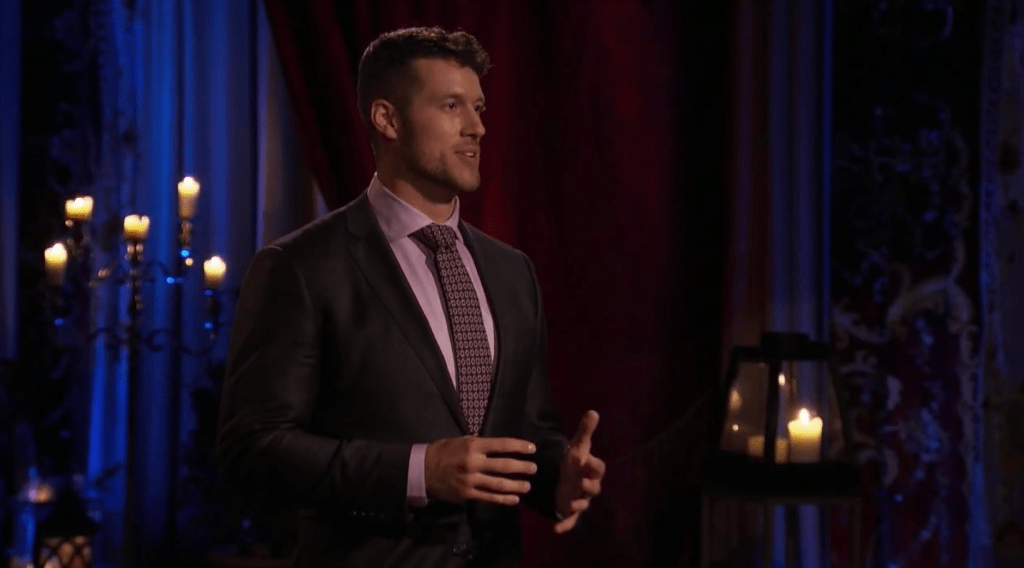 Obviously, the first rose went to Susie, then Serene, then Gabby.

That means the last rose was up for grabs between Genevieve, Mara, and Eliza.

It ultimately went to Genevieve which left Sarah smirking as Mara left for good. We all saw that coming but it still felt nice.

Hometowns are next week so of the seven women remaining, four of them will introduce Clayton to their families. Time to take the romance up a notch.

Susie Gets the Cinderella Date with Clayton in Vienna

Let’s just say that when the ladies settled into their new hotel in Vienna and the next date card came, it was good to be Susie.

No, like, REALLY good to be Susie. She got the Cinderella shopping date in Vienna. You know, the one that the winner usually gets. Not only did they shop, get a couture designer gown, and make out in the middle of the street in Vienna, but the music swelled so loud that it was screaming at us. 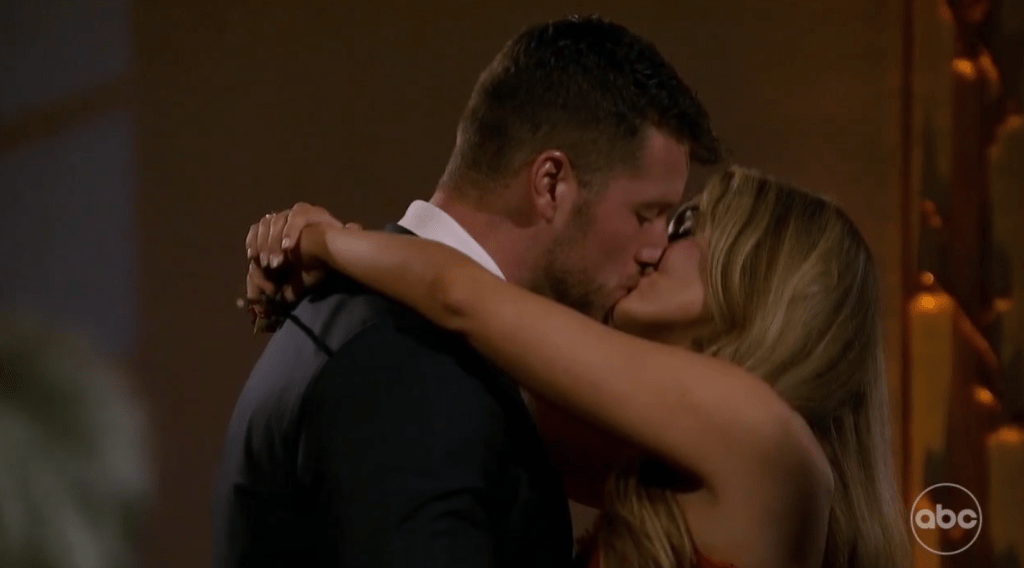 If Susie isn’t in Clayton’s top two, I deserve to lose my job. It was that obvious.

She got the rose after dinner and a private performance of Chris de Burgh singing “Lady in Red” in a palace that evening. She’s taking Clayton home to meet her family.

As a side note, “Lady in Red” is my parent’s song so now I’m contractually obligated to call Susie and Clayton “mom and dad.”

No one is more upset by this than I am.

Freud would love this 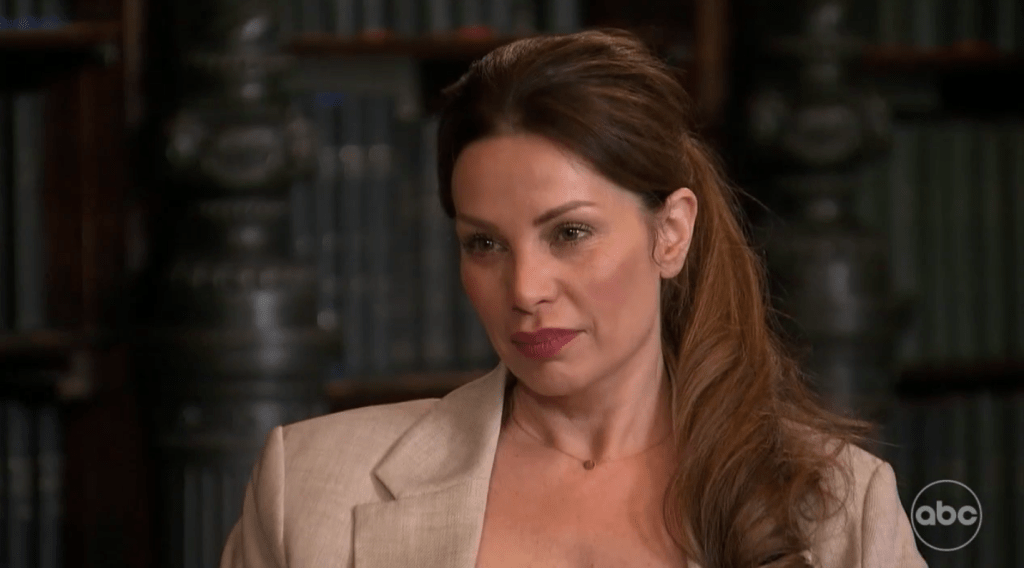 I can’t believe it finally happened, but this show had a qualified mental health professional help facilitate conversation between the contestants.

Okay, fine. It was actually a super hot psychoanalyst in the birthplace of Freud asking probing questions to make everyone fall apart, but beggars can’t be choosers. 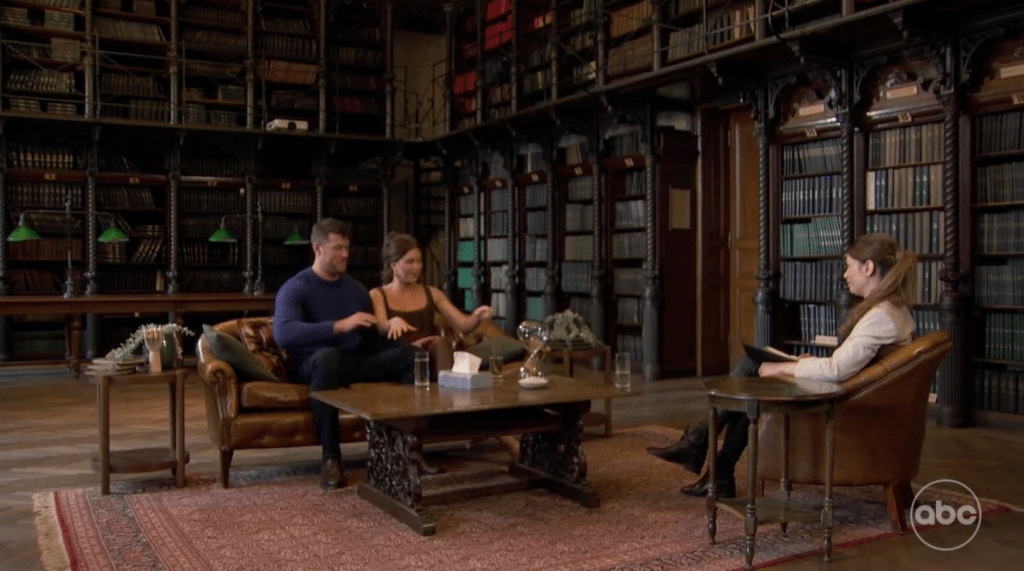 First up on the quintessential shrink’s couch was Gabby who nailed it. She was vulnerable about her family history of conditional love (her mom did a doozy on her) and clear about the stability she’ll require from Clayton.

Next up was Genevieve who did not nail it. In fact, she was completely incapable of being vulnerable with the stranger therapist, the man she barely knows, and a camera crew. Shocking.

Anyway, he sent her home because they had zero connection.

After that, Rachel had a perfect meeting because Clayton is obsessed with her. And they also met with Teddi, but I can’t remember in which order because she has fallen so far back in the running and it was boring.

Then there was Sarah.

Have you ever seen the memes about winning at therapy? That’s Sarah. Sarah could not wait for her turn.She was thrilled to be there, yet never said a real thing.

I hate to say it because Mara sucked, but it looks like she was probably right about Sarah.

Clayton throws the worst after parties

That night at the after-party, Clayton was a mess at the thought that someone was being insincere so he did the only thing he could do. He begged Rachel, Gabby, Teddi, and Sarah to be honest.

Rachel, Gabby, and Teddi all threw Sarah under the bus so fast they should be recruited by MLB.

They all three individually said that Sarah’s outspoken confidence in her relationship with Clayton had them so rattled and insecure that they had considered going home. Apparently, she had been saying things that made everyone assume that Clayton had already chosen her.

I personally think that’s just smart gameplay, but the second Rachel said that she was considered going home, Clayton was done.

Sure, Clayton gave Sarah a chance to talk but the decision had already been made in his mind. She was going home.

He chose not to hand out the group date rose, but I think we all know that it was going to go to Rachel.

Serene is very obviously one of the most attractive women this show has ever seen and Clayton may be a dummy dum dum, but he’s not stupid, so she got the last date in Vienna.

They explored the city, danced in the street next to some elderly people, and then had dinner in a gorgeous room complete with a mural on the ceiling.

I like Serene. I tolerate Clayton. But I simply don’t see their connection.

I guess I’m the only one though because he gave her the date rose which means she secured the second ticket to hometowns.

The second Rose Ceremony of the week

Thanks to Clayton finally getting a backbone this week, there are only five women remaining and two of them already have roses.

That means that Rachel, Teddi, and Gabby were fighting for the last two tickets to hometowns.

If you’ve been paying attention at all you know that Rachel was getting one.

So it was down to Teddi (his first impression rose recipient) and Gabby (fan favorite and bachelorette bait).

Gabby got the last rose. Which left Teddi to leave in the SUV of shame.

Next week Rachel, Serene, Gabby, and Susie will introduce Clayton to their families. I think Susie and Rachel are clear frontrunners but who do you think is in the top two? Also, did you see those scenes from next week? I, for one, can’t wait for dummy dum dum to mess this up even more.

The Cool Table@thecool_table
1.0K Following 1.0K Followers
@jamiesrule @jamadoria @coolstorymere I know you know this, but I"ve had pixie cuts off and on since 1997 and m*n h… https://t.co/VsXyyN7PpC
2 hours ago
4
@LSULeslie @schizoreads I’ve legit never even heard of this
1 hour ago
@chels__ebooks Yes! Josh O’Connor supremacy! I watched this right after I got obsessed with The Durrells ❤️❤️❤️
1 hour ago
@maria_gb75 Keep him
1 hour ago
@baskinsuns AGREED. I love love loved that as a kid (and vowed to be able to do it so someone would love me)
1 hour ago
1
Archives
Entertainment, The Bachelor, TV