The Libby App Will Save Your Book Budget

It was the moment we all waited for: Robert. Pattinson. As. The Batman.

The Batman closed out the first ever DC FanDome, the 24 hour online convention for all DC Comics entertainment. Unfortunately, the panel exists only now as pirated YouTube clips that I’m sure some poor Warner Bros. intern has been tasked to search and delete.

A message from the new Caped Crusader himself kicked off the 30 minute discussion between host Aisha Tyler and director Matt Reeves, and my biggest takeaway? A scruffy, awkward, quarantined Rob is the Rob I never knew I wanted but what I clearly needed during these dark times. 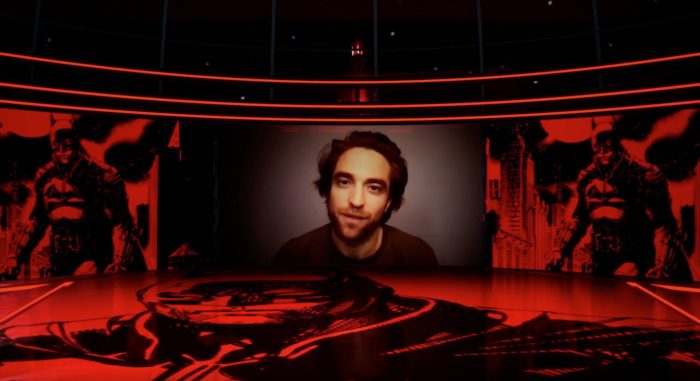 Did we need another Batman film. Well, no. Did we need to see Rob Pattinson don the cowl and kick the shit out of some asshole in clown makeup? You shut your beautiful mouth if you said no. Of course we did.

The Batman is not your average origin’s story. According to Reeves, the film takes place during Bruce Wayne’s second year as the Dark Knight, so we’re definitely going to forgo any of the typical fare that we already have seen in films like Batman Begins. That’s fine by me because we get it already: the death of your parents pushed you to be a vigilante; you have a shit load of money to spend on customized weapons, a suit, and transportation; and your only confidant is your butler.

Instead, as Matt Reeves puts it, this story isn’t learning about to become something. It’s learning how to be something:

“One of the things I think is interesting is learning how to be Batman…We’re in year two and it’s the Gotham experiment, the criminological experiment…That’s when you see him charting that mode and seeing none of the effect he hoped to have.”

That isn’t to say that Bruce Wayne’s powerful bloodline won’t be touched upon in this version. In fact, the story hints that the Wayne family may not have been the noble and philanthropic Gotham citizens that we’ve associated them with in the past.

Let’s Talk About That Trailer Tho

The trailer opens with the eerie sounds of duct tape being pulled and someone struggling for his last breath, already establishing the dark tone of the film. However, it’s the trailer’s use of Nirvana’s “Something in the Way” that hits hard in my heart shaped box, bringing me back to the days of oversized flannel shirts and arguing with my mom to let me dye my hair with Kool-Aid. Ah, memories.

The song’s simple chords paired with the pain in Kurt Cobain’s voice present the perfect feel for the images it plays over: fear, anger, destruction, and even death. The loop of Cobain’s “Mmm” heightens a world that that is teetering on a knife’s edge into chaos and not even a masked vigilante can easily save it.

For the past year, we’ve been teased with images of Rob as Batman. At DCFanDome, we finally got the real deal.

…has the same energy as this…

…and I dare anyone to fight me on it.

The Batman’s Batman is a stark contrast from those we’ve seen in the past. Gone is the contained, trained, and suave crime fighter. In his place is a raw, unhinged, and animalistic man. Although set in a comic universe, this reimagining reminds us that behind the cowl, lies a flawed human being.

Give Me All the BatCat FanFic Now

The Batman doesn’t just feature one villain. Instead we’re getting three of Batman’s big bads: The Riddler, portrayed by Paul Dano, whose voiceover haunts a majority of the trailer; and a completely unrecognizable Collin Farrell as Oswold Cobblepot, aka The Penguin.

But it was the appearance of Zoe Kravitz’s Catwoman that made me fangirl squeal.

The look they give each other? That’s the “Let’s unmask and get naked” look and I wouldn’t be opposed to seeing that.

Although their interaction is brief, Batman versus Catwoman definitely brings some strong Pride and Prejudice’s enemies to lovers vibe. That is if Darcy was a man who dressed as a giant bat and Elizabeth was a jewel thief. Otherwise, totes similar.

Batman is over 80 years old. He has been portrayed by more actors than any other superhero in both DC and Marvel Universes. Yet, in all the times we have seen him, whether it’s on film or television, there’s always been that one elusive detail: What does Batman look like the second he takes off the cowl?

The Batman finally shows us what’s truly behind the mask:

Essentially, Bruce Wayne is the boy your mom warned you to stay away from, but whom you secretly ditch your Wednesday night church youth group to see. Worth it.

So, we don’t have a release date yet for The Batman – nice touch with the ?1?1 date – and come to find out, it’s only 25% complete. But if a teaser for a film that’s only a quarter finished blew our minds, we need to get our bodies READY.

Are You Ready for Battinson?

The Cool Table@thecool_table
955 Following 779 Followers
It's back! It's back! #GBBO https://t.co/TOPzxT3NnK
2 days ago
4
ICYMI: Robert Pattinson's accent in #TheDevilAllTheTime is pure southern gothic perfection. https://t.co/jHLLuPITa8
2 days ago
RT @julep0405: Not all heroes wear capes.
3 days ago
1
It's cute. It's scampy. It's definitely young adult fun. #EnolaHolmes is now on @Netflix https://t.co/Zxpq6PovyP
4 days ago
6
100 years ago, these women fought like a bawse to get you the right to vote. Thank them by doing just that this N… https://t.co/oExZzAzOPq
4 days ago
5 9
Archives
Comic Con, Entertainment, Movies

The Libby App Will Save Your Book Budget

The Cons Will Go On